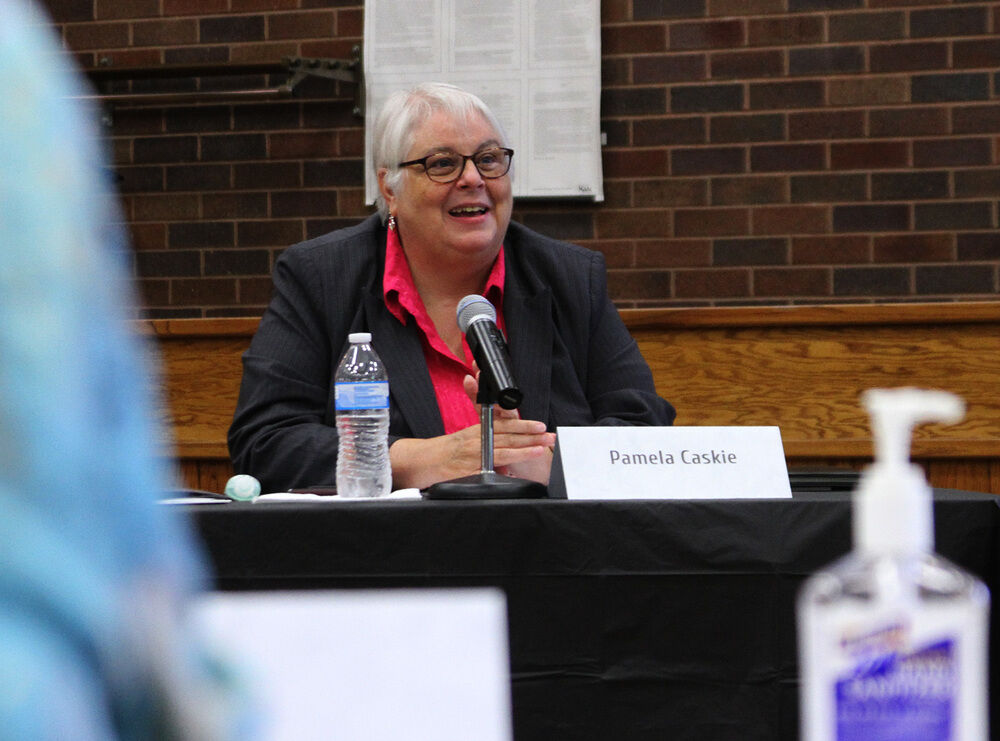 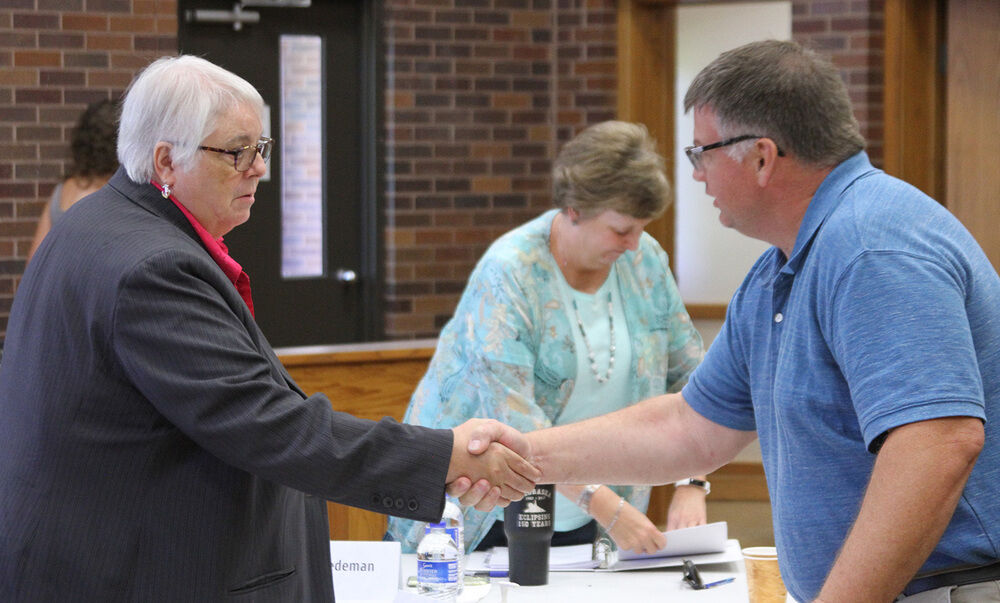 Pam Caskie laughs often, even in the serious and staid setting of a job interview for the city administrator position.

The Gering City Council interviewed Caskie Monday, one of four candidates as Lane Danielzuk, the current administrator, retires after 12 years on the job.

Caskie, the former manager for Alliance and cities such as Ambridge and Stroudsburg, both in Pennsylvania, said her 29 years of experience make her a good fit for the job. She opened Monday using the anecdote she’s used for many of her job interviews.

“I’ve known I wanted to be a city manager since I was 13 years old,“ she said as a conclusion to her introduction to municipal government as an extra-credit assignment in eighth grade.

Caskie contrasted her time in Sevierville, a town just over 16,000 which made more than $2 billion from tourism in 2018 with Gering’s $34 million budget, 85 full-time employees and 150 part-time employees. She also said her experience in the Panhandle for five years means she’s got a jump on the relationships with intergovernmental agencies and said her expertise in economic and tourism development would help Gering achieve “full potential.”

She peppered her answers with anecdotes, some as simple as being accosted in the grocery store or the phlebotomist’s chair about local issues like potholes or roads to illustrate what she said was her most important duty: to be responsive. Others were more serious, including a time she said her ethics were challenged by a kickback scheme in Pennsylvania and what she described as an attempt at bribery from a contractor after the city she was managing gave him a contract. She said he’d given her a card with a wad of cash inside, and she’d asked him to take it back.

“And I was scared for the next three months that someone would say that I’d taken the money — when I hadn’t,” she said. “But how do you prove a negative? It was all in cash and I didn’t know how much was there.”

She said her biggest ask was for the people she built relationships with to trust in her.

Caskie’s interview was the shortest so far, just an hour and twenty minutes for the 28 questions Kaufman said were prepared for all candidates.

Caskie has so far been the only candidate that all the council members have answered a question for at the end of her interview, a task usually fielded by Mayor Tony Kaufman. While Kaufman took the usual questions of “What are you looking for in an administrator?” Caskie’s question, “What are the most divisive issues in Gering?”, prompted responses from all the council members present to answer from issues ranging from the budget, spending outside of infrastructure, to beautification to how Tenth Street, Gering’s main street, looks.

Caskie’s interview is the third of the four finalists, following earlier interviews with Human Resources Director Tammy Cooley and Director of Public Works Pat Heath, who both already work for the City of Gering. The final interview with Dustin Stambuagh from Littelton, Colorado, will be held Wednesday.

The Village of Hemingford Board of Trustees met for their monthly meeting on Tuesday evening at the Village Office. There were three Trustees …