Spotlight on Sidney: NexGen carrying on outdoor tradition
0 comments
Share this
1 of 6 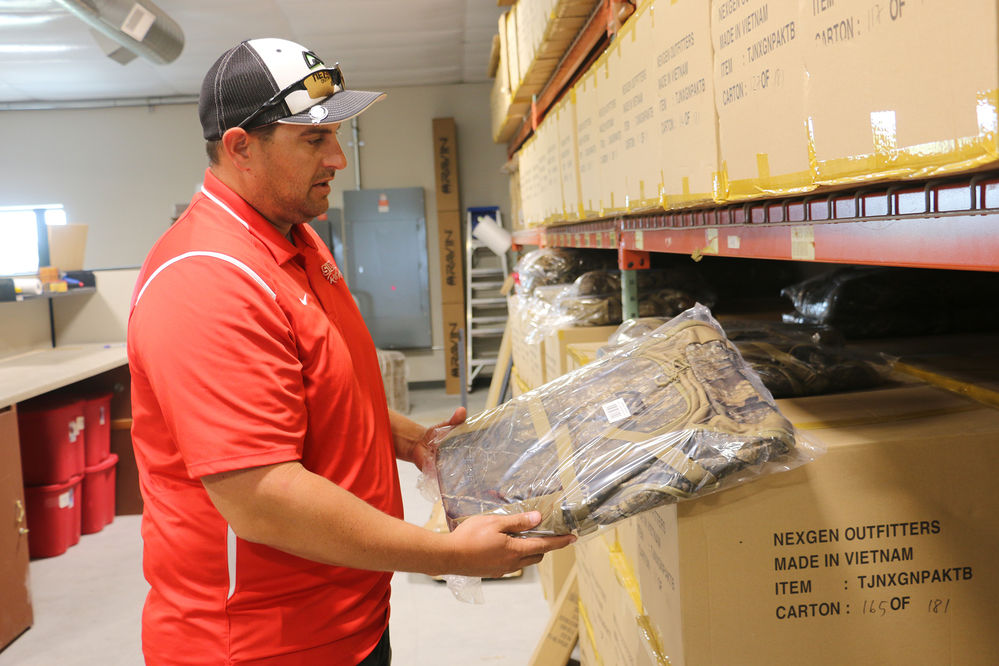 Nexgen Outfitters Marketing Director Jeremy Nesbitt checks out a whitetail caddy available at the store in Sidney or on the company's website. 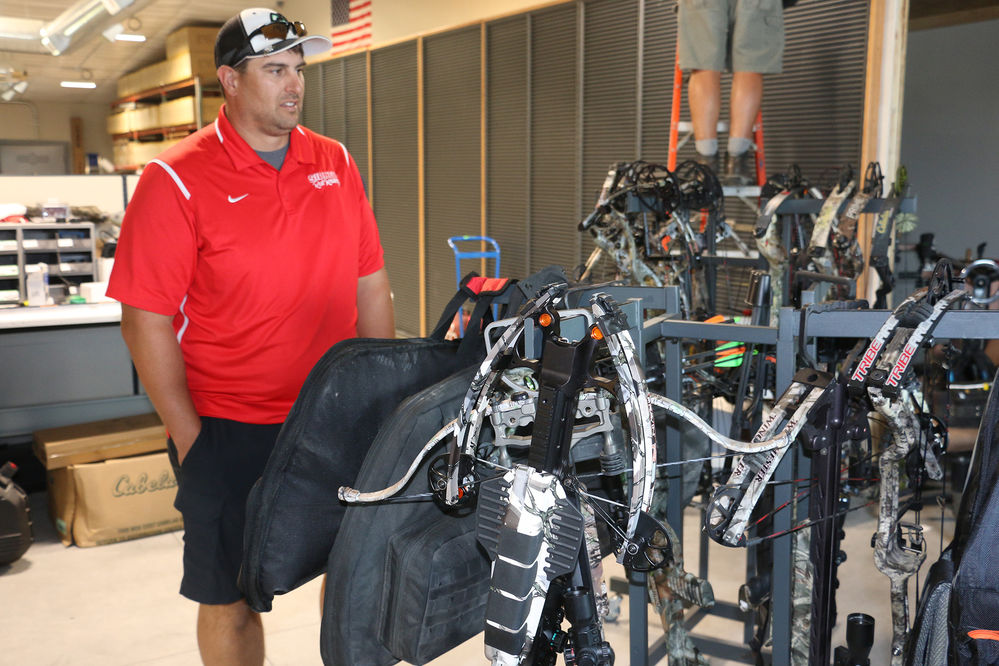 Nexgen Outfitters Marketing Director Jeremy Nesbitt looks over some of the archery equipment available at the store. 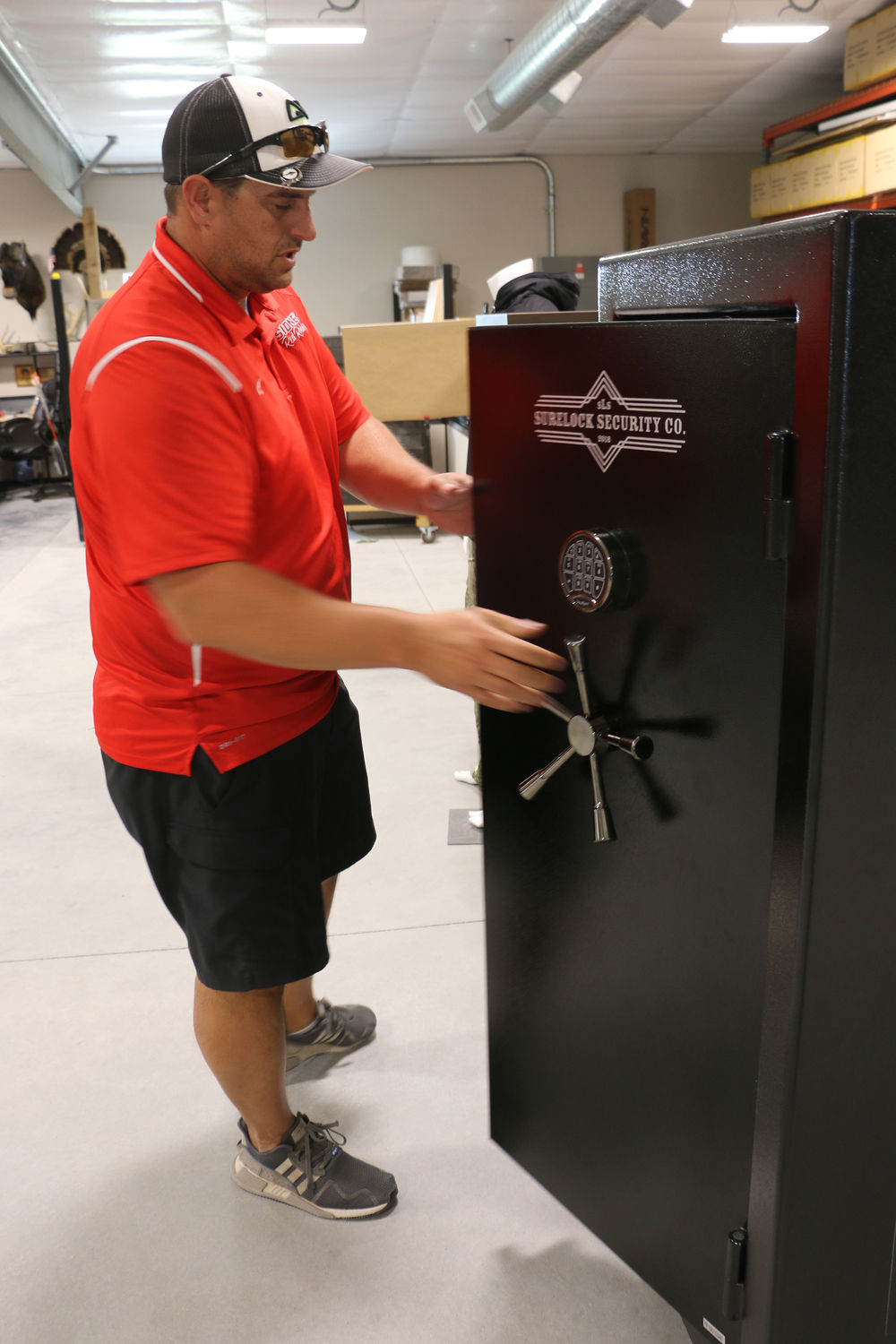 Nexgen Outfitters Marketing Director Jeremy Nesbitt shows a gun safe that is available at the store in Sidney. 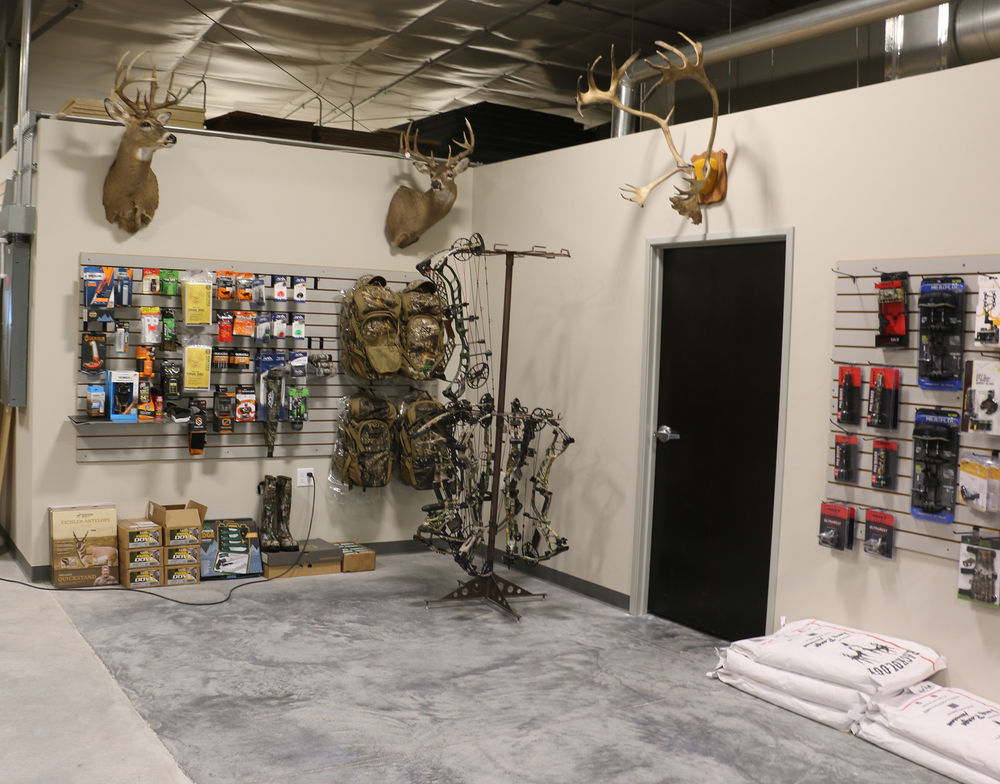 The sales floor at Nexgen Outfitters in Sidney is in it's beginning stages. 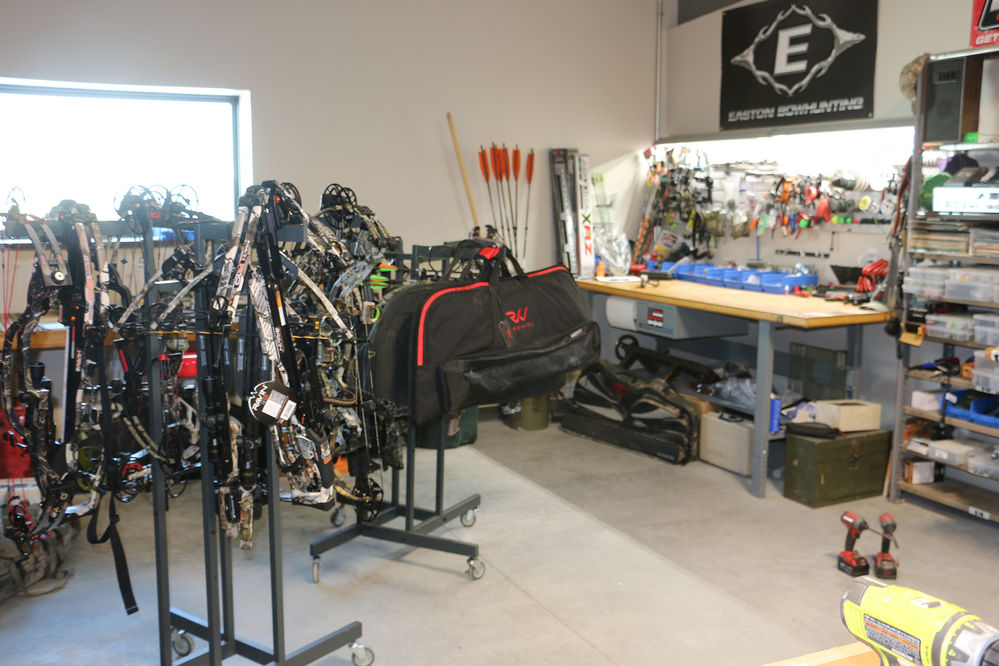 The archery sales and repair area at Nexgen Outfitters in Sidney.

Nexgen Outfitters is trying to carry on some of the Cabela's tradition with taxadermy at the front entrance to the facility.

SIDNEY — What does a group of displaced former Cabela’s employees do when they simply don’t want to leave Sidney?

One such group started it’s own company specializing in hunting, shooting and camping gear.

NexGen Outfitters is in it’s new headquarters in the Sidney Industrial Park along Highway 385, focusing on an online presence geared to the outdoorsman, novice or experienced.

“We’re 10-12 authentic outdoorsmen who think we can really help anyone, from a person that’s never been out there before to somebody who spends 120 days a year in the field,” Marketing director Jeremy Nesbitt said. “We can really help them with their gear needs. And we hope we can do that via electronic means on the website. That was kind of how we came to be.”

The team is proud of the name they’ve chosen, focusing on their future customer base.

“One of the focuses in our space right now is participation,” Nesbitt said, “so it doesn’t necessarily have to be that next generation, but the next person that’s going to try to go to the outdoors and try to enjoy what we’ve always enjoyed about it. ... We think we can help people get past the intimidation they might feel when they’re getting ready to do that and help them have some success early on in the field so that they can start to learn and want to go again and again.”

Early on, in May 2018, NexGen received a cease and desist order from Bass Pro over non-compete and non-solicitation issues. Nesbitt said NexGen did some research with their attorneys and feel that they’re in the right. A partial injunction ruling granted the freedom to operate an e-commerce site, providing that there was no contact for 18 months with any vendor or other source that they had worked with in the previous 18 months at Cabela’s. That 18-month period recently expired. There is still an active lawsuit there, but the 18 months of non-compete and non-solicitation has expired.

“We keep saying we’re ready to go run and try and do this thing the way we set out to do it,” Nesbitt said. “We’re glad that now we’re able to be back in that community. It’s been refreshing to have phone calls with people that you called friends for so many years. It’s been difficult to be in the dark a little bit with what’s going on in the outdoor industry.”

The freedom couldn’t come at a better time with multiple hunting seasons beginning to open up. Whitetail deer season is in October, and Nesbitt said the staff at NexGen is just as excited as other hunters.

“You get into October and whitetail hunters for six weeks, that’s all he can think about, and we’re going to be there for him, and that’s all we think about, too,” Nesbitt said. “We joke that it’s kind of a sad day when you’ve got to draw straws in the office to see who’s going to have to stay on certain days and who’s going to go sit in the tree stands.”

NexGen will be a licensed FFL dealer with the ability to sell online and the customer can pick their FFL representative to complete their background check. They will have the ability to obtain nearly any gun available, including specialty firearms. The new building will include a 10-yard archery range and a full-service archery pro shop with Hoyt Dealer certification. On the camping side, Nesbitt said think “base camp” rather than a tent for a hiker or a weekend camper.

Nesbitt said the support from the City of Sidney, State of Nebraska, Weezer Construction and many others propelled the company’s beginning. NexGen is the first company to morph out of the Innovation and Entrepreneurship Center on the Western Nebraska Community College Sidney campus. Nesbitt said the program was very helpful, not just for a physical space and technical support for a start-up business, but beyond that to the personal side as well.

“They surround you with so many resources while you’re there,” he said. “There’s people stopping in all the time always asking, 'How can we help, how can we help, how can we help?" I think the intangible that we didn’t think about in a setting like that, but there’s things going to go wrong when you’re in a start-up. You’re going to have a bad day. Just having people around you that can stop by and bring that bright side every once in a while is really, really invaluable.”

With the outdoors reputation that Cabela’s built for Sidney, Nesbitt said the NexGen staff is ready to take on that role.

"It really is just a great spot to operate an outdoor company and develop product and take care of people and understand what a lot of people in different scenarios are going to go through. ... We’re ready to represent all those folks that know this is such a great place.”

SIDNEY — When Bass Pro Shops completed a buyout of Cabela’s and moved much of the operation to its own corporate offices in Springfield, Misso…

Nexgen Outfitters Marketing Director Jeremy Nesbitt checks out a whitetail caddy available at the store in Sidney or on the company's website.

Nexgen Outfitters Marketing Director Jeremy Nesbitt looks over some of the archery equipment available at the store.

Nexgen Outfitters Marketing Director Jeremy Nesbitt shows a gun safe that is available at the store in Sidney.

The sales floor at Nexgen Outfitters in Sidney is in it's beginning stages.

The archery sales and repair area at Nexgen Outfitters in Sidney.

Nexgen Outfitters is trying to carry on some of the Cabela's tradition with taxadermy at the front entrance to the facility.