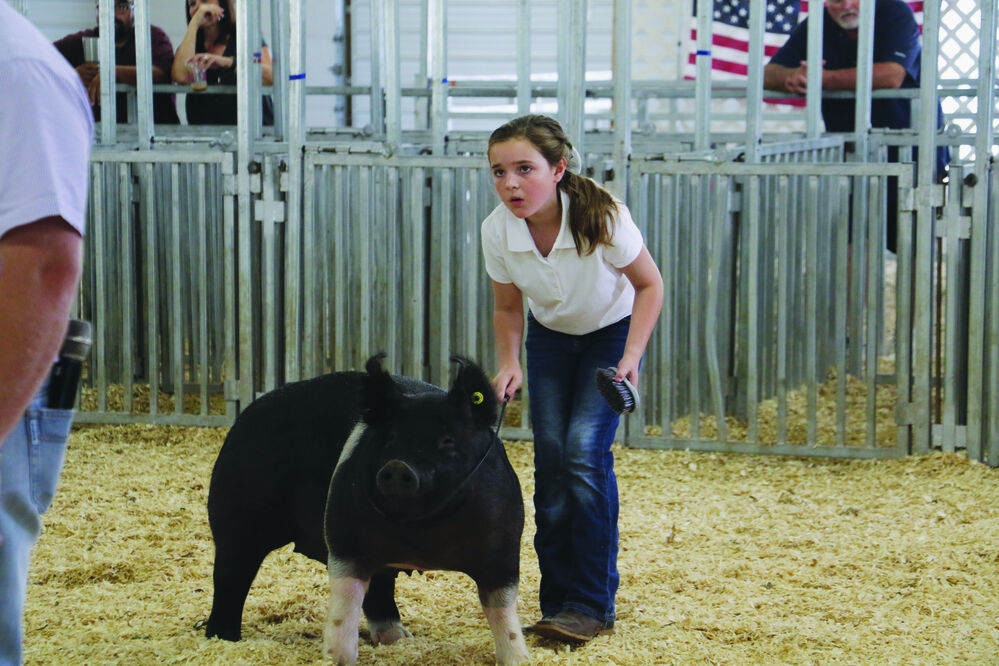 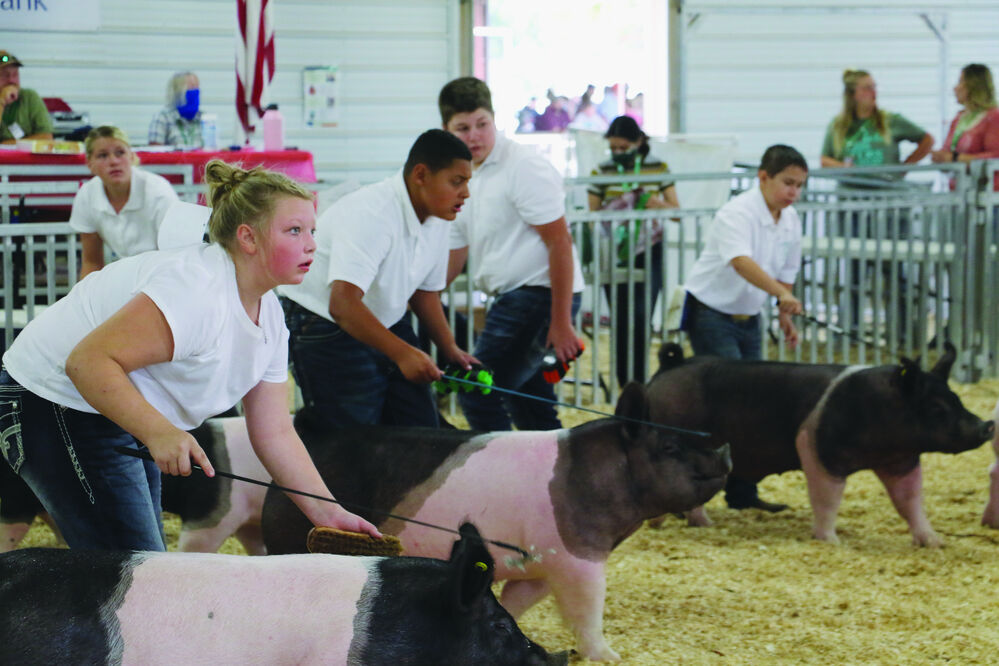 Intermediate swine showmen compete in the showmanship portion of the 4-H swine events at the 2020 Scotts Bluff County Fair. Winners of the junior, intermediate and senior age divisions went on to compete for the overall swine showmanship title. 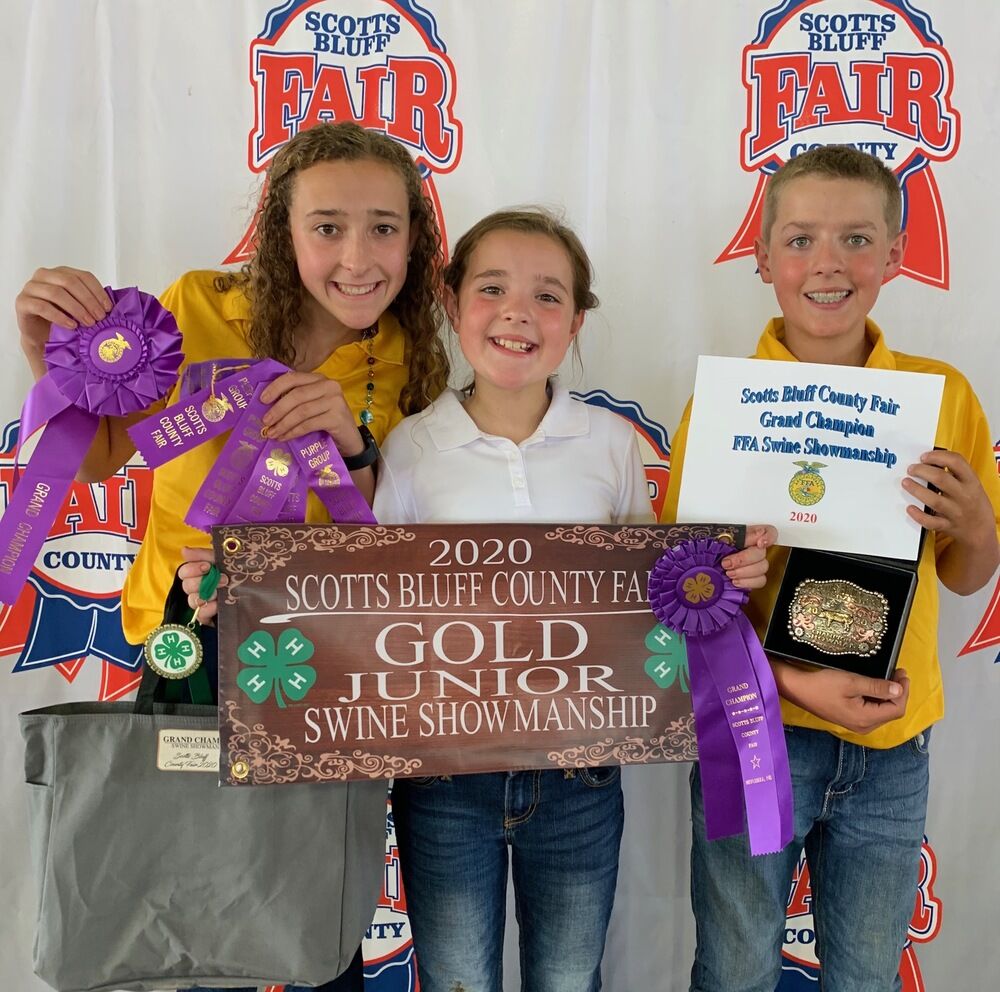 Katlyn, Camille and Carter Shimic show off their ribbons Tuesday.

Intermediate swine showmen compete in the showmanship portion of the 4-H swine events at the 2020 Scotts Bluff County Fair. Winners of the junior, intermediate and senior age divisions went on to compete for the overall swine showmanship title.

Katlyn, Camille and Carter Shimic show off their ribbons Tuesday.

Months of work lead up to minutes in the ring, but on Tuesday, when Judge Blaine French extended his hand, the Grand Champion burst into happy tears.

It was an emotional moment for Camille Shimic, 10, who again took home gold for 4-H junior swine showmanship, and won overall grand champion for the second year in a row.

For all the competitors, it’s meant months of getting up with the pigs. No one knows that better than the Shimic siblings, who have taken honors for two years in a row.

“We started around March and would walk them every day for at least 10 to 20 minutes,” Camille said.

Carter Shimic, representing Gering FFA took Grand Champion for FFA for his fine swine showmanship. Twin Katelyn was also in the championship drive, but did not place. Last year, twins Katelyn and Carter took second and third last year in the intermediate showman.

Their mother, Jana Shimic, who also works as a freight broker, said she entrusts all the care to her children.

“And they’re watching all their hard work pay off, it’s a real family affair to get it all done,” she said.

Carter and Camille Shimic said they plan to stick with pigs next year, but still have three cows to show this week including Camille’s heifer: Winnie The Moo.