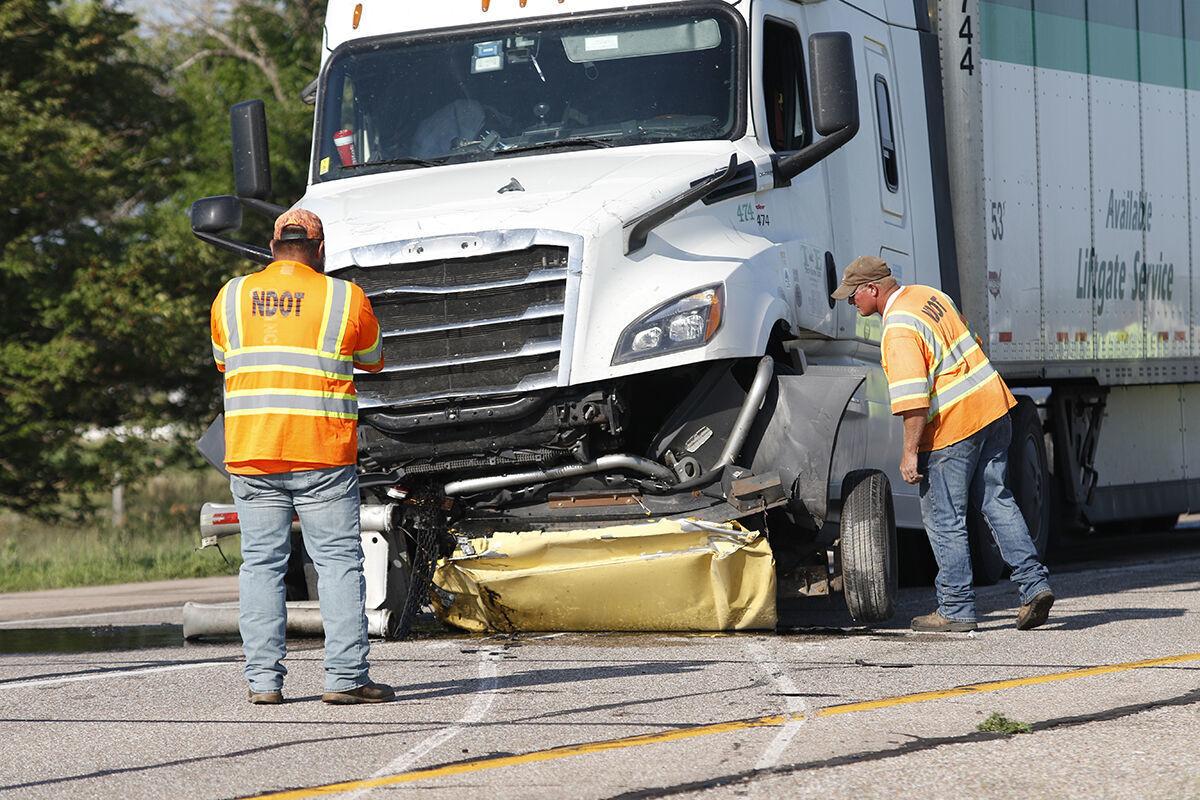 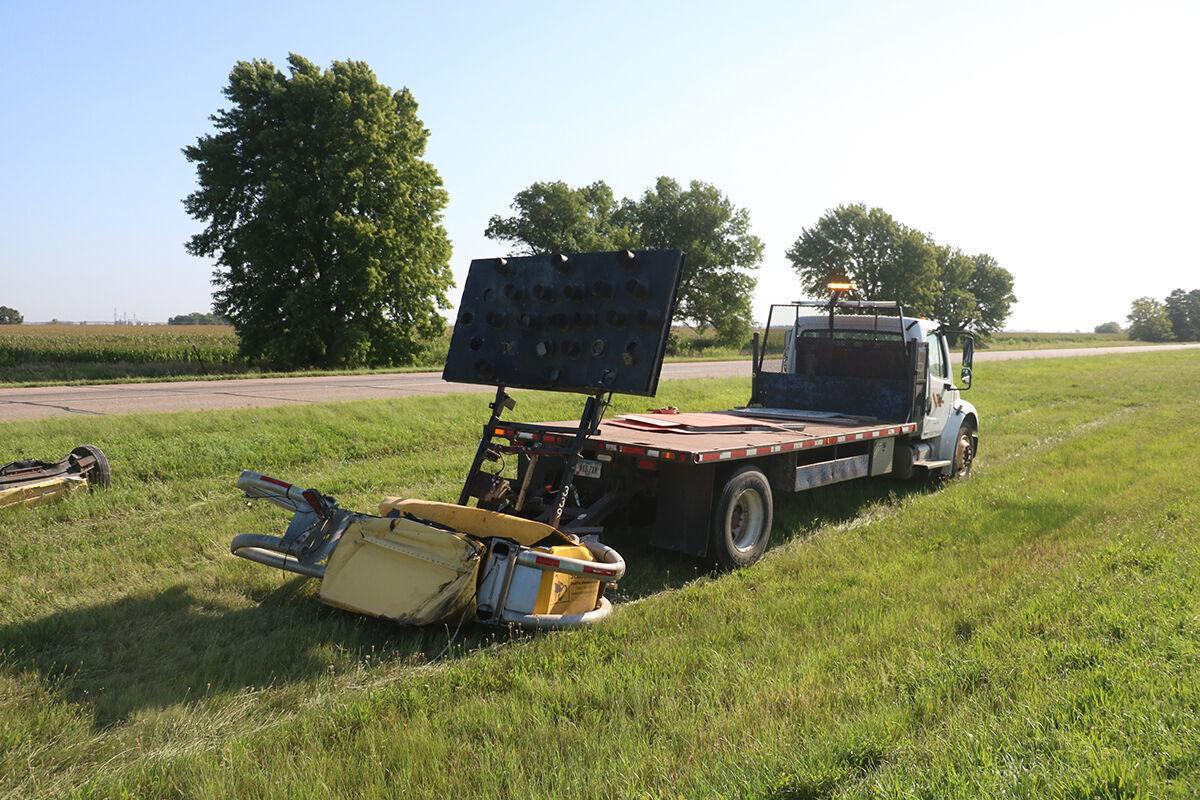 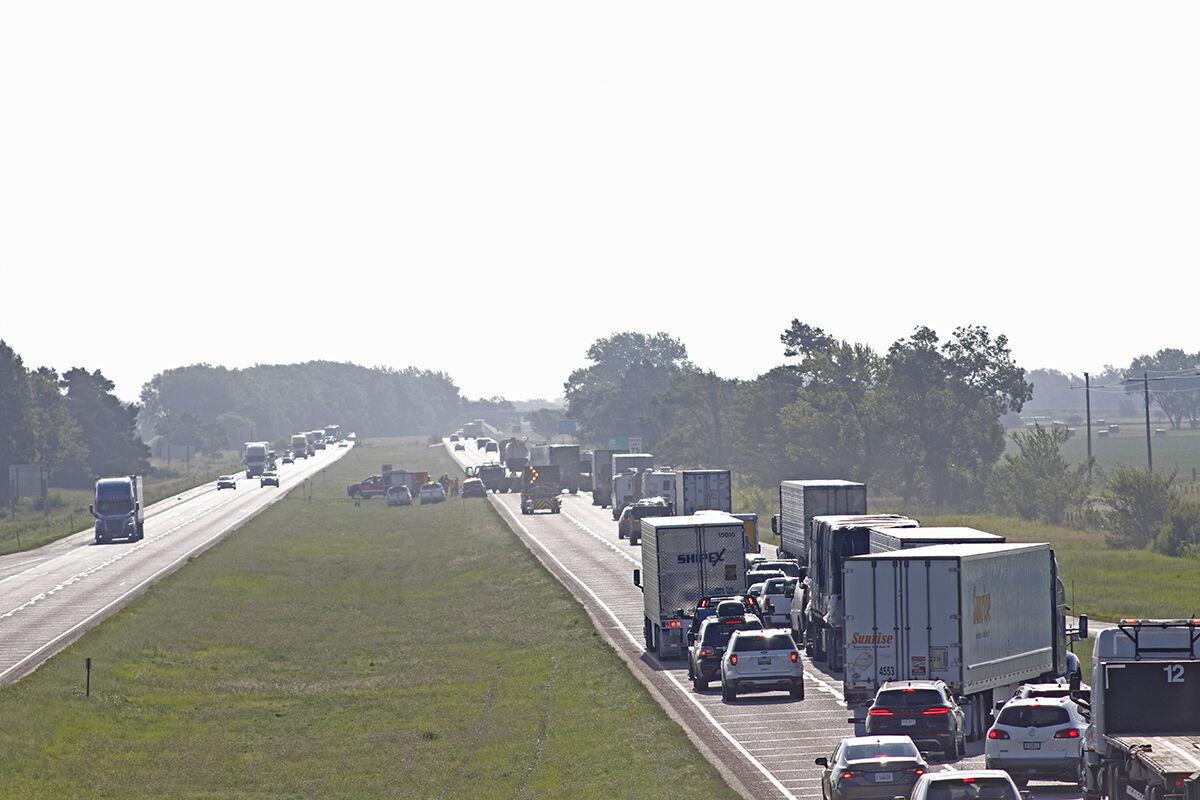 OVERTON — A semi driver fell asleep at the wheel on Interstate 80 and struck a Nebraska Department of Transportation vehicle towing a directional sign on Wednesday morning.

At 8:41 a.m., the Overton Volunteer Fire Department was dispatched to I-80, around a mile east of the Overton interchange, for the report of a two-vehicle crash.

According to the Nebraska State Patrol, an eastbound semi driver in the right lane fell asleep and hit the sign and vehicle, with the rear axle of the sign carriage rolling under the semi.

Traffic on I-80 was reduced to one lane as crews worked to clean up the crash site.

Neither driver was injured, and according to the State Patrol, no citations were issued.

GILLETTE, Wyo. (AP) — Dozens of tires were stolen from a business in the Gillette area.

Authorities allege that a former Waterloo firefighter drugged a woman's drink with a substance that led her to be incapacitated, and then he sexually assaulted her.

Former Lincoln County Treasurer Shelli Franzen was sentenced to 12 months of probation after pleading no contest to an amended misdemeanor charge of theft by deception with a value of $501 to $1,499.

Ex-State Fair finance chief gets 30 days in jail, 15 years of probation for theft of fair money

Patrick Kopke of Hastings also was ordered to pay $158,170 in restitution and perform 300 hours of community service as part of his sentence Friday.

The U.S. Department of Justice announced this week that the Buffalo County Sheriff’s Department will receive $250,000 during the next two years to make mental health professionals available 24/7 to respond in emergencies.

LINCOLN, Neb. (AP) — Police in Lincoln are investigating after a man was killed with a large pole.