A Wyoming group is seeking a way to change the unusual management status of a ranch confiscated 34 years ago from a Florida drug smuggler.

The 657-acre Beartooth Ranch was deeded to the Wyoming Office of State Lands and Investments in 1999. The federal government had seized the Park County property, which included a log ranch house, after convicting Stewart Allen Bost of drug smuggling.

Under a newly enacted law, the state of Wyoming was given the confiscated property but there were strings attached. Under a memorandum of understanding the ranch could only be used “for recreational or historic purposes or for the preservation of natural conditions.”

The Beartooth Ranch Committee has requested time on the Wyoming Game and Fish Commission’s Nov. 17 agenda to urge the agency to take over management of the land along the Clarks Fork of the Yellowstone River. The committee is a coalition formed by the Park County Commission to find consensus on management of the property.

The group would like to get the fence repaired around the property, install irrigation equipment and grow food plots for wildlife like elk, deer and pronghorns, as well as upland bird species. That’s all difficult to do as long as the Office of State Lands manages the property, Fortunato said.

“We want to get this into a department of state government that can manage it better,” he added.

Wyoming is struggling for funding during downturns in the oil, gas and coal industries. Wyoming Game and Fish, like other agencies, has suffered cuts in recent years due to the decline in tax revenue. So Kennedy said his agency has no money to take on management of any new property.

“Given our budget constraints … we don’t see the urgency” of transferring management of the land, he said. “We’re supportive of continuing to work with everybody.”

But as he noted, that’s the Wyoming Game and Fish Commission’s decision.

The Beartooth Ranch is a one-of-a-kind property in the state, according to Jason Crowder, deputy director of the Wyoming office of State Lands and Investments.

Like other Wyoming-owned lands, it is managed by the State Board of Land Commissioners, which includes the governor, secretary of state, auditor, treasurer and superintendent of public instruction. Unlike other state lands, it cannot be managed to generate money for schools, so it can’t be leased for farming or grazing.

“It’s the only property with restrictions like that, so it’s a bit of a bear to manage it,” Crowder said.

Bost, the land’s former owner, was hiding out in Wyoming to avoid law enforcement. He was being sought for captaining a boat that hauled more than three tons of cocaine from the Bahamas to Key Largo in 1986.

After buying the ranch in a remote corner of northwest Wyoming, Bost made the mistake of blocking access to a public fishing site along the Clarks Fork of the Yellowstone River. Curious Bureau of Land Management investigators looked into Bost’s past when he applied for a grazing permit on adjacent federal lands. That investigation turned up a warrant for the smuggler’s arrest. After Bost was convicted, his land was confiscated and eventually turned over to Wyoming state lands.

“It wasn’t given to them to manage like other trust lands, for revenue for education,” Kennedy said.

To turn over management of the land to Wyoming Game and Fish, the Game and Fish Commission would have to request the move, Crowder said. That’s been discussed for at least a decade, he added, but no action has ever been undertaken.

Should the commission make the request, Crowder said his agency would have to conduct an analysis to determine what needed to be done to sign over management of the ranch and still ensure the deal is compliant with federal deed restrictions.

The ranch’s state of limbo has caused some hard feelings and division among Park County residents.

In 2017, Clark-area rancher Lloyd Thiel decided to push for the land to be more actively managed through grazing or farming. Without that, Thiel views the once active farmland as an “eyesore” and an insult to the families who homesteaded the area a century ago because it's not being grazed or farmed.

So Thiel asked the Park County Commission to support a push to ask state legislators to seek removal of the Beartooth Ranch MOU.

“At the first meeting they were 100 percent behind it,” Thiel said.

Then rumors circulated that the land would be sold and public access to the property lost. Conservation groups complained and blew the issue “out of proportion and got people to fight it even though none of them understood it,” Thiel said.

“A number of user groups didn’t agree, like Trout Unlimited and others,” Fortunato said. “We want this to stay state ground for recreational purposes.”

So the Park County Commission created the Beartooth Ranch Committee to seek a resolution. Thiel and Fortunato, along with others, were named to the committee.

In 2018, however, Thiel decided to take his case directly to the state Legislature, urging lawmakers to push the U.S. Congress to release the property from its federal management constraints. Members of the Beartooth Ranch Committee were upset that Thiel was attempting to circumvent their process.

Later that year, Thiel was elected to the county commission. He said the Beartooth Ranch wasn’t the reason for his running for office, but his opinion about the property hasn’t changed in the past two years.

“It’s a waste no matter who has it until those restrictions are released,” he said.

Turning over management of the land to Wyoming Game and Fish wouldn’t change anything as long as the MOU still constrains how the drug smuggler’s former property is managed, he said.

“The damn thing never should have went into the state’s hands in the first place,” Thiel added.

No matter what action the commission takes, the public will always be able to use three acres of the Clarks Fork Canyon Beartooth Ranch Public Access Area. WGFD purchased a perpetual easement for that portion of the property years before Bost’s arrest.

Recently the site has been improved with picnic tables, two picnic shelters, a gravel parking lot, a new cattle guard on the road and a concrete vault latrine. The $87,000 in upgrades were financed by a variety of groups, from the Bureau of Land Management to the Park County Recreation Board, Greater Yellowstone Coalition and Pheasants Forever.

“So it’s a much better place right now,” Fortunato said.

Thiel sees it differently. “It’s turned into a money pit,” he said. “They’ve dumped money into it with no return.”

Kennedy, of WGFD, said he had no numbers at hand on how much use the access site sees. Thiel sees the ranch property as off the beaten path and therefore of less recreational value.

The roughly two miles of streamside access WGFD has obtained through its easement is precious in a state where anglers and boaters can only touch the stream bank on public lands, or agreements such as the one at Beartooth Ranch.

“(Wyoming Game and Fish is) already putting money into that, and by law they are responsible for wildlife and fish,” Fortunato said. “So since they are already invested, it’s a good fit for them to take it over.”

The jury got the case just before 3 p.m. and was sent home shortly after 5 p.m. Wednesday. Jurors will reconvene at 9 a.m. Thursday.

Wyoming man sentenced to life in prison after killing 3

SHERIDAN, Wyo. (AP) — A Wyoming man was sentenced to life in prison after he pleaded guilty in February to killing three family members in Mar…

CARTER LAKE, Iowa (AP) — Police in Omaha, Nebraska, on Thursday found the body of a woman inside a car discovered submerged in a far western I…

Omaha police are investigating as a hate crime the posting of neo-Nazi recruitment stickers on two poles outside Temple Israel in west Omaha.

Katerian LeGrone put his hands to his face after the verdict was read, seemingly relieved.

Thomas Hird would skim the cash and check payments of the business by cashing a majority of all customer checks received.

Blood siblings or fellow firefighters, being on a squad is all about teamwork, Gordon Wellmann said. “You look out for him and he looks out for you — we all look out for each other.”

The community of Clark, Wyoming, is located along the base of the Beartooth Mountains, just south of the Montana border. 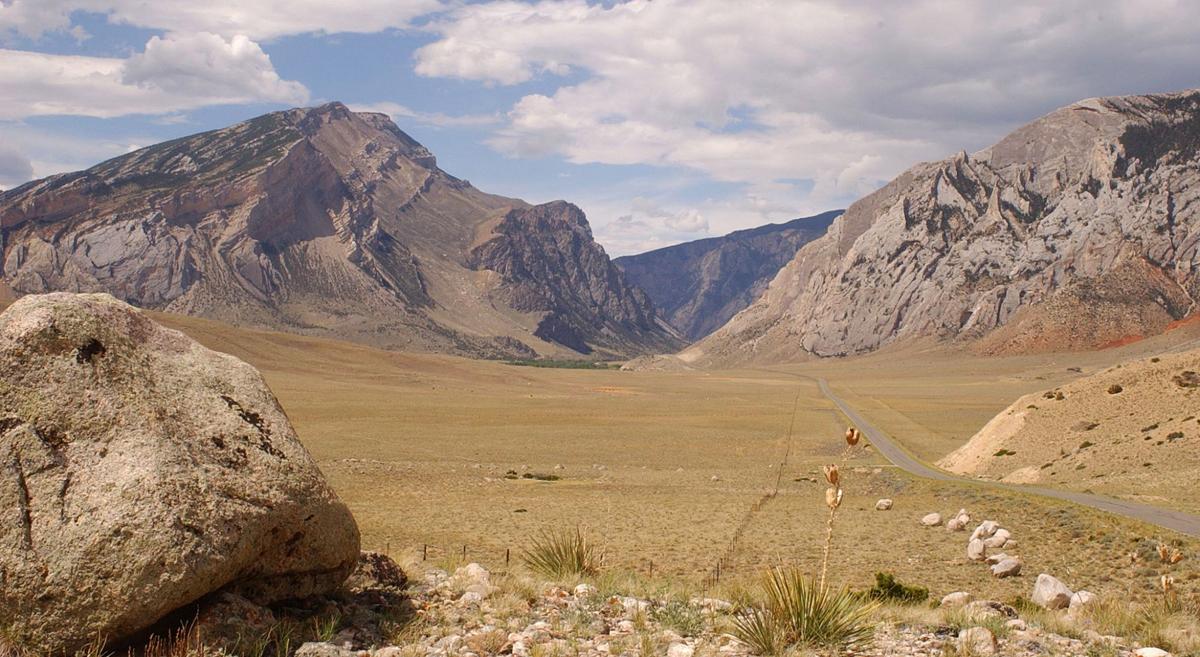 Much of the area along the base of the Beartooth Mountains is dry country. The high peaks create a rain shadow to the east. 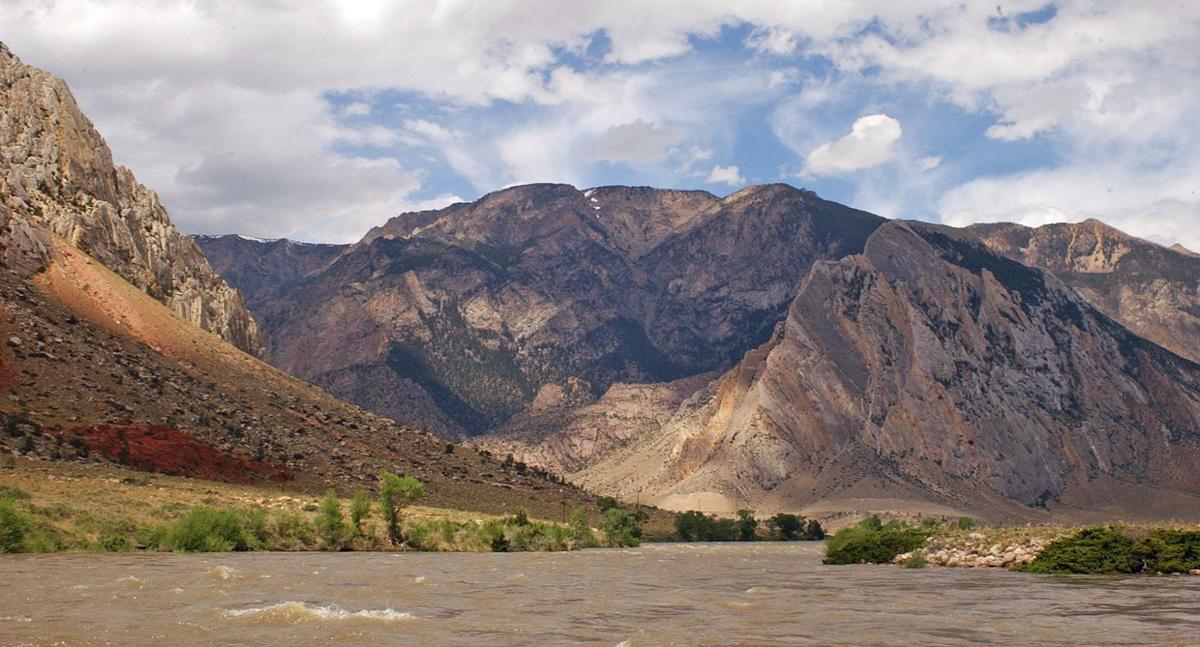 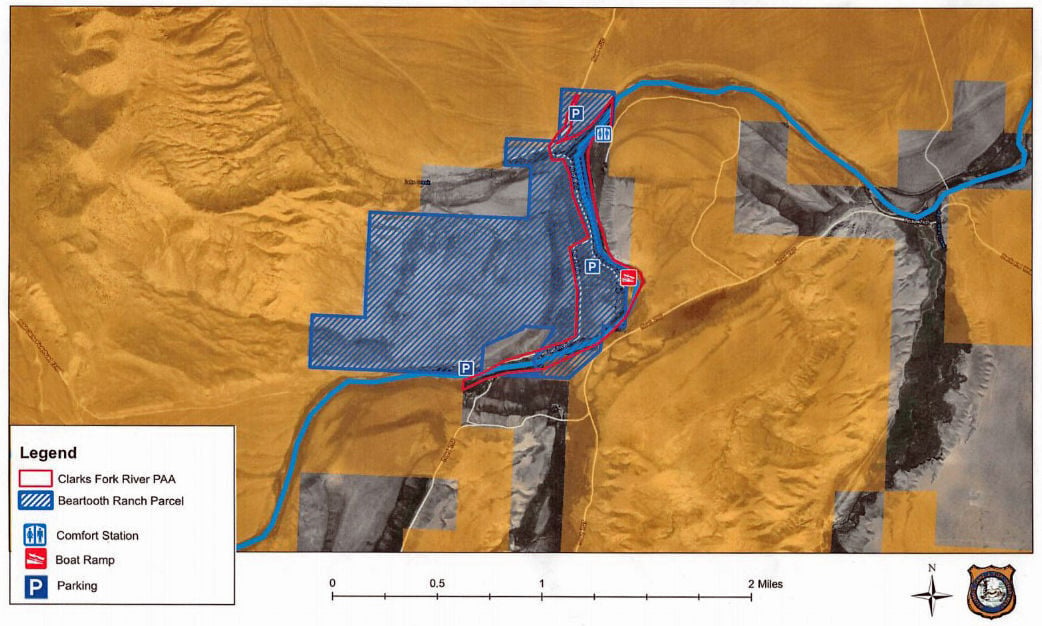 The Beartooth Ranch is located along the Clarks Fork of the Yellowstone River and includes three fishing access sites.