LINCOLN — The embattled private agency overseeing child welfare cases in the Omaha area will run out of money for operations by Feb. 12, an official said Friday.

William Clark, interim CEO of the Kansas-based St. Francis Ministries, told Nebraska lawmakers that the nonprofit needs another $25 million to cover its costs for this year and about $10 million to cover a shortfall for the fiscal year that ended June 30.

The situation has state officials racing to negotiate a new and costlier contract with St. Francis, which signed its current contract in July 2019 and started taking over the care of abused and neglected children in Douglas and Sarpy Counties by October 2019. The transition was complete by Jan. 1, 2020.

Dannette Smith, the CEO of the Nebraska Department of Health and Human Services, said the state is pursuing the new agreement “to maintain continuity of services” in the Omaha area.

“Any move away from continuing to contract with St. Francis would risk disruption for children and families, caseworkers and clinical providers,” she said. “Any other option would require many months of transition work to once again carefully shift a system.”

But Smith promised increased state oversight, assuring the Health and Human Services Committee that department officials will be “persnickety” in making sure that St. Francis fulfills its obligations under the new contract and maintains financial stability.

“I think we learned a bitter lesson,” she said.

St. Francis won the Nebraska job by offering to do it for $197 million over five years, less than 60% of the bid from PromiseShip, the Omaha-based agency that held the previous contract. When the bids were reviewed, PromiseShip outscored St. Francis on all areas except cost.

Nebraska lawmakers and child advocates raised concerns at the time, questioning how the agency could fulfill its contract obligations for that amount. But state officials gave reassurances that it could be done and that they had carefully reviewed the proposal and had conducted multiple financial reviews.

On Friday, Smith defended the state’s purchasing process and said only a few people within St. Francis knew that the bid was too low. Those included the Rev. Bobby Smith, the agency’s former president and CEO, and Tom Blythe, the former chief operating officer. Both were removed at the end of October after a whistleblower complaint to the agency’s board revealed rampant financial mismanagement.

Covering the $25 million shortfall for this year will put the contract cost at $66.7 million, Smith said. That compares with the $65.8 million that PromiseShip had proposed for the same year.

State Sen. Machaela Cavanaugh of Omaha questioned Smith’s assertion that she did not know that the costs were unrealistic. She pointed to a June 2019 email from Blythe to the state saying it would cost $15 million more to meet Nebraska’s statutory cap on caseloads. The original bid assumed that case managers would have higher caseloads.

“This is galling,” Cavanaugh said. “You did know. You just chose not to do anything about it. That shows a lack of judgment on your part.”

Nebraska refused to let St. Francis increase its bid in 2019. Smith wrote to lawmakers at the time that HHS was “fully committed to holding St. Francis Ministries to their contractual obligations for case management services and the bid they have submitted.”

At Friday’s briefing, Smith said the state has signed a letter spelling out the state’s intent “to ensure their case management services are paid.” She said the department has enough room in its child welfare budget to cover both the $10 million and $25 million shortfalls.

Responding to Cavanaugh, Smith said she takes responsibility for “the good and the bad of the contract.” She said officials made the best decision they could at the time, given the information they had and the options before them.

“The problem that we had and which I did not foresee, for which I am being my own Monday morning quarterback, is that I was dealing with some executives who weren’t quite as honest perhaps as they should have been,” she said.

In his testimony, Clark said St. Francis failed to bid the Nebraska contract properly. He said the shortfall in the contract has been one of the top financial problems facing the agency.

He said St. Francis used money from Kansas contracts to cover the $10 million shortfall in early 2020. A new contract with Nebraska will allow the agency to fulfill its obligation to Kansas by creating new child welfare services with the $10 million.

The current turmoil echoes Nebraska’s disastrous attempt to privatize child welfare case management statewide a decade ago. Four of the five original contractors ended services or had their contracts terminated within the first two years, leaving PromiseShip as the only survivor. HHS manages all cases outside of the Omaha area.

No site selected, but image of proposed lake fits like puzzle piece between Gretna and Ashland

"We've identified locations we think would work, and we think would fit our criteria," Speaker Mike Hilgers said of a proposed lake between Lincoln and Omaha, adding that no site has been selected at this time.

Gov. Pete Ricketts endorsed Jim Pillen on Tuesday, throwing his support as the state's top Republican behind the Columbus pig farmer in the upcoming primary race for governor.

"If our Republican nominee is waging a battle against prosecutors in a courtroom out of state instead of campaigning here in the 1st District, this seat is in jeopardy," Sen. Mike Flood said Sunday in announcing his candidacy.

Former Gov. Dave Heineman said Mike Flood had earned the endorsement through his work in the Legislature, and "we do not want to risk losing this seat" in Congress while Rep. Jeff Fortenberry battles an indictment.

“In my mind, each day that that mandate is in effect, it’s in effect upon the citizens of Omaha without authority to do so,” Doug Peterson said.

A medical cannabis bill was introduced as one last attempt for state lawmakers to enact a policy before voters potentially get their say this November.

LINCOLN – Kevin Bagley, director of the Division of Medicaid and Long-Term Care (MLTC) within the Department of Health and Human Services (DHH…

Fortenberry in quarantine with 'moderate' case of COVID-19

In a news release, Fortenberry said he is working from home and will vote by proxy. 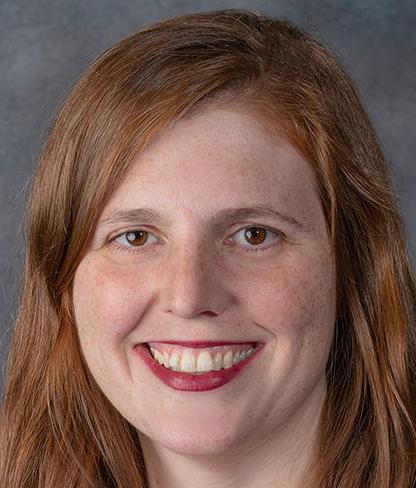