In the 6-3 decision issued Tuesday, the nation's highest court ruled that a program in Maine that funnels public funds to schools that accept students from other districts cannot exclude religious schools.

Many districts in Maine, a largely rural state, do not operate their own secondary school. The law required those districts to find a solution for students, either by contracting with another district or paying students' tuition at a private nonsectarian institution. Religious schools were excluded, however.

Nebraska does not have a similar program, but it is one of 37 states with a so-called Blaine Amendment embedded in its constitution, which prohibits state governments from funding religious schools with public dollars. Tuesday's decision essentially nullifies those provisions.

"An opposition argument in Nebraska is that school choice isn't constitutional. That argument is officially dead and buried," Jeremy Ekeler, education policy director for the Nebraska Catholic Conference, said Tuesday.

While recent school choice efforts in Nebraska — like a bill before the Legislature last session that would have created state tax credits for private school scholarships — have ultimately fallen short, Tuesday's decision provides "momentum" for future legislation, Ekeler said.

Nebraska is one of two states without any form of school choice, Ekeler said.

Rev. Justin Fulton, the vicar general of the Catholic Diocese of Lincoln, said in a statement the diocese is grateful for the ruling.

"The Supreme Court has ruled it is just to empower each citizen and student. It is time for the Unicameral to do the same," Fulton said.

Matthew Hecker, chief administrative officer for the Catholic Diocese of Lincoln's schools, said the decision does not have an immediate impact on diocesan schools, but celebrated the news as well.

"It removes one of the most significant obstacles because previous to today’s decision, it could be very credibly argued that there is some kind of constitutional restriction on public funding for private/religious education," Hecker told the Journal Star. "That argument just went away today."

The ruling — split along ideological lines — was in part expected after the court's conservative majority appeared to balk at the state of Maine's arguments last December.

“Maine’s 'nonsectarian' requirement for its otherwise generally available tuition assistance payments violates the Free Exercise Clause of the First Amendment," Chief Justice John Roberts wrote in the majority opinion. "Regardless of how the benefit and restriction are described, the program operates to identify and exclude otherwise eligible schools on the basis of their religious exercise."

Jenni Benson, president of the Nebraska State Education Association, was not surprised by the ruling but said in a statement it "undermines public schools and the students they serve in favor of funding religious schools that serve only a few and often discriminate against students and employees."

Benson said the focus should be on properly funding public schools, where the vast majority of K-12 students in Nebraska receive their education.

The Maine case stems from a lawsuit filed by parents who wanted to send their children to Christian schools using state aid.

Benson seemed to be alluding to reports that the schools in question in the Maine case do not hire LGBTQ staff.

All three of the high court's liberal justices dissented.

“This court continues to dismantle the wall of separation between church and state that the framers fought to build,” Justice Sonia Sotomayor wrote.

The Maine ruling is similar to the court's 5-4 ruling in Espinoza v. Montana Department of Revenue in 2020, in which the court ruled that a state program that funds scholarships for students to go to private schools cannot exempt religious schools.

Clarence Thomas: Before the Supreme Court

Stephen Breyer: Before the Supreme Court

John Roberts: Before the Supreme Court

Samuel A. Alito Jr.: Before the Supreme Court

Sonia Sotomayor: Before the Supreme Court

Elena Kagan: Before the Supreme Court

Neil Gorsuch: Before the Supreme Court

Brett Kavanaugh: Before the Supreme Court

The Department of Administrative Services responded by pointing out that the state had "reduced the reported error amount by 51%" compared to the previous year.

A preliminary federal court injunction could result in a reduction of rural political power in the state.

The Department of Administrative Services responded by pointing out that the state had "reduced the reported error amount by 51%" compared to the previous year.

The governor would not predict when the session would be scheduled but indicated he'd rather call senators back than wait until the regular session begins in January.

The governor would not predict when the session would be scheduled but indicated he'd rather call senators back than wait until the regular session begins in January.

The top contenders in Nebraska's Republican gubernatorial primary shelled out the big bucks in the days leading up to the May 10 election, according to the latest round of campaign finance reports.

The top contenders in Nebraska's Republican gubernatorial primary shelled out the big bucks in the days leading up to the May 10 election, according to the latest round of campaign finance reports.

Suddenly, large and small communities throughout the state are clamoring to reopen mothballed tracks or build new ones. The reason is a push for casinos.

President Joe Biden signed a bill to rename the Benson post office after an Omaha sailor who saved more than a dozen shipmates while serving in World War II. 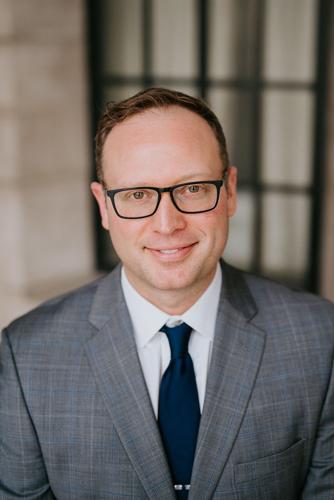