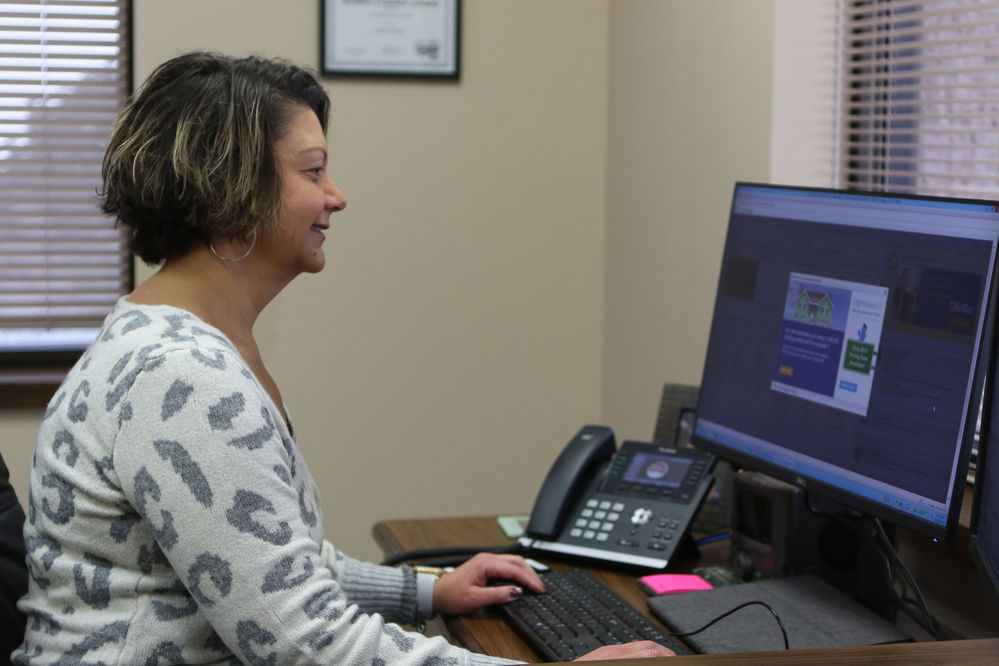 Marci Meyer works at her desk at Platte Valley Bank where she is the director of mortgage operations. Meyer was in the U.S. Air Force for four years following her high school graduation. 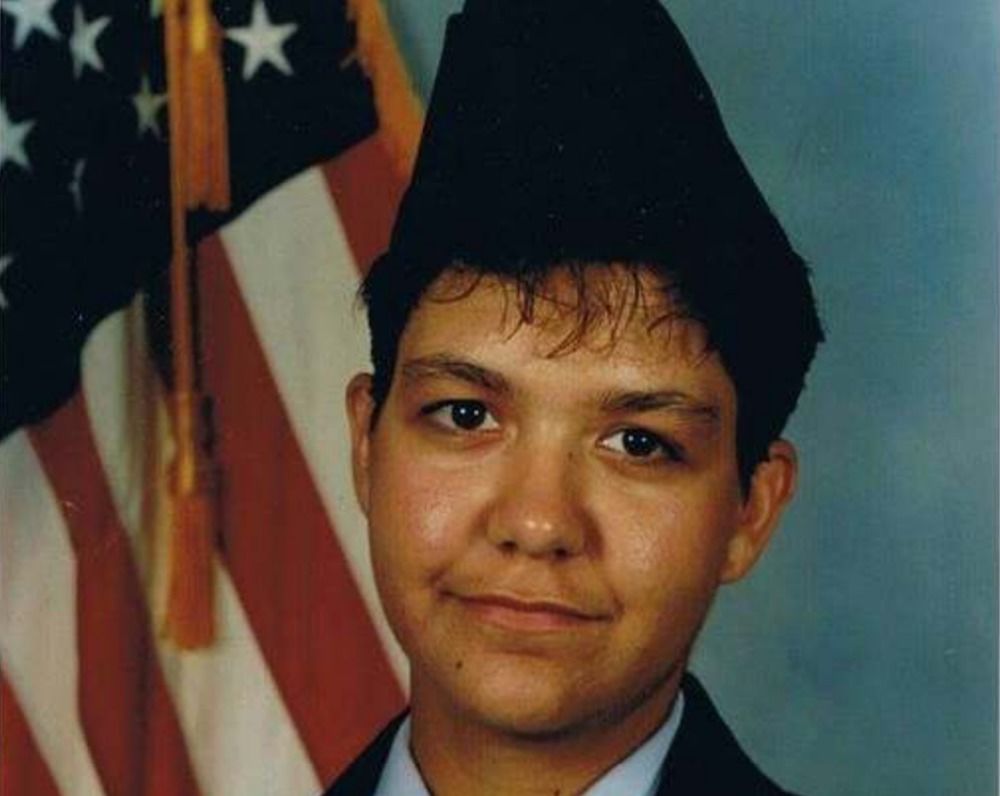 For Marci Meyer, joining the Air Force was an opportunity to see the world. Unfortunately, she never made it past Mississippi. Still, she says her time in the military helped shape the woman she is today.

During her Junior year at Scottsbluff High School, she heard that the school would be holding the Armed Services Vocational Aptitude Battery or ASVAB test and decided to take it.

“After I took it, the Air Force contacted me and told me to come in and talk to them,” said Meyer. “I didn’t know what else I was gonna do, so I went.”

She joined the Delayed Entry Program and a couple weeks after she graduated in 1992, she was shipped off to basic training.

She was one of a few women in her basic training class at Lackland Air Force Base in San Antonio, Texas. In fact, there were so few, that there wasn’t enough to make up a training group.

“We had to wait a couple days until we had enough females, and then there were probably three or four male groups to every female group,” Meyer said.

Even after other women arrived, the majority of Meyer’s roommates were men.

During basic training, drill sergeants worked to break Meyer and her comrades of their old thought processes and habits.

“It was all kinds of different things that kind of break your train of thought and mold you into something different,” Meyer said. “Stuff like, after you went to the bathroom, you put the toilet seat up instead of down. You couldn’t leave the room without having any trash in the trash can.”

If someone made a mistake, they would hear about it — and so would everybody nearby.

“If you get called out once, you’re not going to do it again,” she said. “In my day, they could get as close as possible to you and scream at you. You learn that you don’t want to make a mistake.”

This approach gave Meyer a better understanding of discipline and following a chain of command, as well as the importance of consistently meeting or going beyond what is expected of her.

In addition to the psychological changes she experienced, she also watched her body morph as she pushed it to new limits.

“I was a tennis player in high school, it’s not like I was running marathons,” Meyer said.

If Meyer failed to meet the standards that were set, she would have had to go back and do that portion of training again. She was determined to avoid that.

“It’s pretty amazing what your mind can convince your body to do when you’re in a situation you don’t want to be in,” Meyer said.

Following basic training, Meyer was sent to Keesler Air Force Base in Biloxi, Mississippi where she was put in charge of the commissary. In that position, she was in charge of handling ordering and inventory for all the food on the base.

It wasn’t really what she had in mind when she joined the military. Instead of seeing the world, Meyer was stuck in Mississippi. She decided to try to change that.

“I volunteered to deploy — that was when we were having issues with Somalia and the first Desert Storm,” Meyer said, adding that being deployed is what she expected from joining the military. “You train for things and then you just have a ‘normal’ job. You go to a base and live a ‘normal’ lifestyle, In my mind, I felt like the deployment was more of what I signed up for.”

Instead of being sent abroad, Meyer had to stay in Mississippi. That was one reason Meyer chose not to reenlist after four years in the Air Force.

“You sign up to travel the world, but I got to go down south — and it was different — but that was my stopping point,” Meyer said. “There was kind of a stigma that once you got there, that was where you stayed. I didn’t want to get stuck there.”

After leaving the military, Meyer came back to the Panhandle. Her dad had started a Ready Mix business and offered her a job.

“I was very fortunate as far as my transition because I didn’t have to look for employment when I came back,” she said.

“I did that for one campaign,” Meyer said. “They kept me on as long as possible, but unfortunately when the campaign was over, they had to let me go because it was a seasonal position.”

She began working for Smith Systems before being offered a job with a local title company. As part of that position, she dealt with Platte Valley Bank and their mortgage department.

“They asked me to come and apply,” said Meyer.

She interviewed and landed a position as a loan processor. Several months later, one of the mortgage lenders quit and she was given the opportunity to move into that position in December 2000.

About five years ago, she was promoted to her current position as the director of mortgage operations.

Although her time in the military is far behind her, she said she’s grateful for the skills she learned and the opportunities it provided for her — even if they weren’t what she expected.

SpaceX crew returned to Earth and other space news you missed

The weirdest Airbnbs to add to your bucket list

Coolest drive-ins to visit this summer