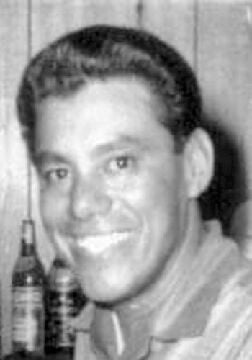 To plant a tree in memory of Rodriguez JR Benjamin as a living tribute, please visit Tribute Store. 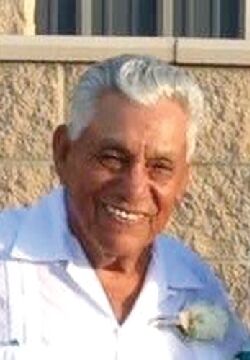 To plant a tree in memory of Rodriguez JR Benjamin as a living tribute, please visit Tribute Store.
+1
+1

Benjamin was born on January 12, 1936 in Rodriguez Neuvo Leon, Mexico to Benjamin Sr and Emilia Guajardo-Padilla. He immigrated to the United States when he was 8 years old. He married Carmen Briones and from this union 6 children were born. He later remarried and retired in Weslaco, Texas. His career was Heavy Equipment Operator for majority of his life. In his retirement, he was an Entrepreneur. He was a very proud man and always strived to enrich his life and the lives of his children. Benjamin enjoyed carpentry, gardening and Novela's, walks and free coffee at McDonalds.

In his later years he always came to Nebraska to see his children. He enjoyed working alongside his son and great grandson, AKA as "The Benjamin's" in Ben's Construction. His last wishes were to be laid to rest in Scottsbluff, Nebraska to be near his children.

He was preceded in death by his parents, 5 brothers, one sister and son Gabriel Dominic Rodriguez.

To plant a tree in memory of Rodriguez JR Benjamin as a living tribute, please visit Tribute Store.
+1
Plant a tree
+1

How to Submit an Obituary or In Memoriam

Funeral homes often submit obituaries as a service to the families they are assisting. You may also submit the obituary on your own. Pricing for obituaries is dependent on length. One photo is allowed.

Offer a personal message of sympathy...

You'll find individual Guest Books on the page with each obituary notice. By sharing a fond memory or writing a kind tribute, you will be providing a comforting keepsake to those in mourning. From a Guest Book, you may log in with your user account to leave a message. If you have an existing account with this site, you may log in with that. Otherwise, it's simple to create a new one by clicking on the Create "Sign up" button and following the simple steps on the Sign Up page.