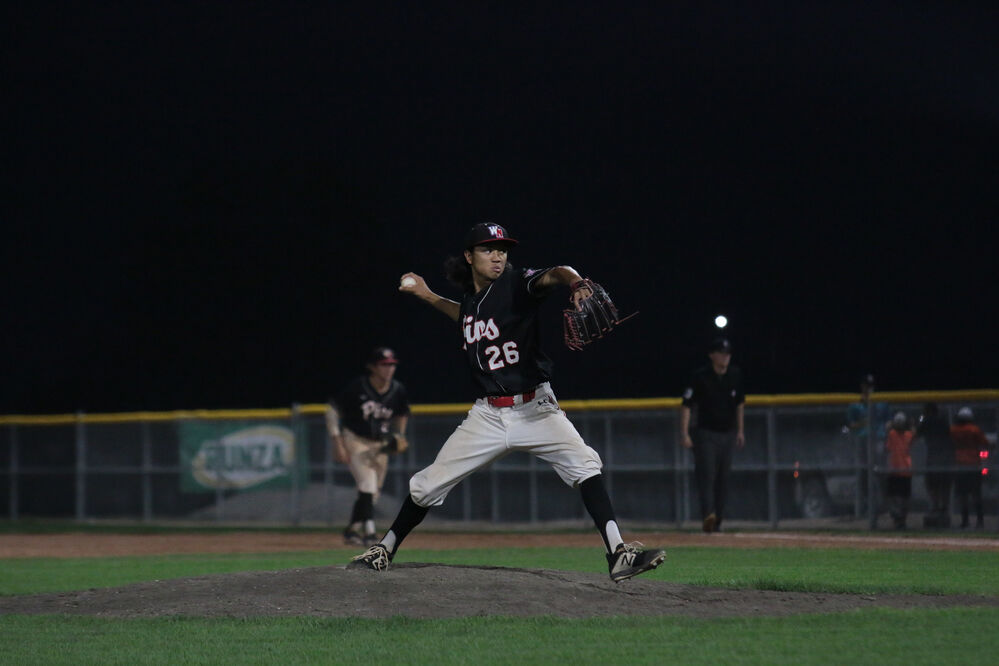 The Pioneers' Jaydon Thomas pitches late in the game after coming in at the start of the sixth inning. 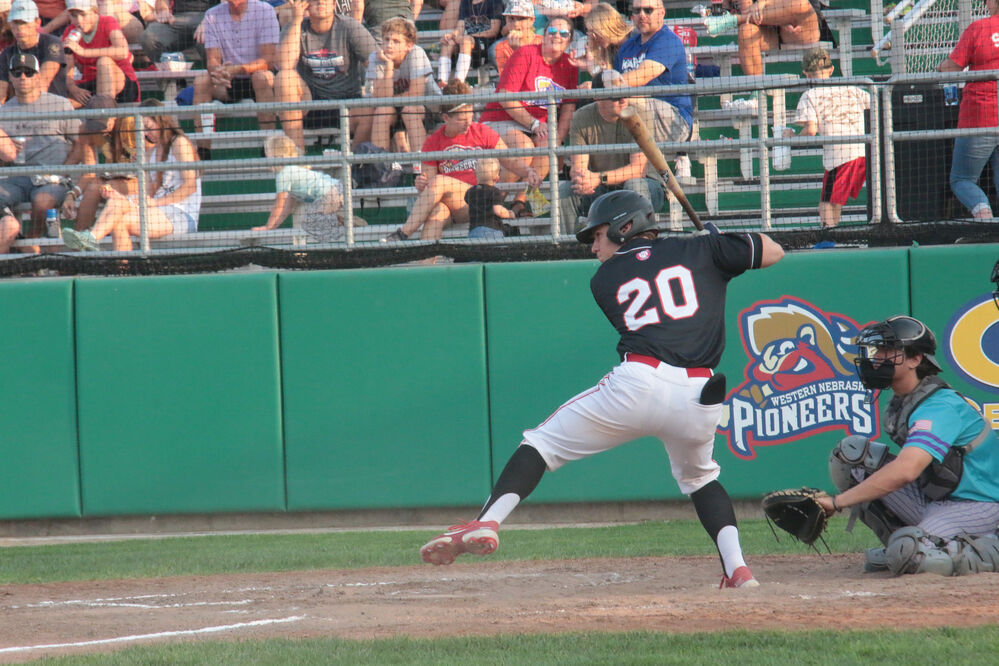 Alex Zerfass steps up to the plate early in the Pioneers' game. 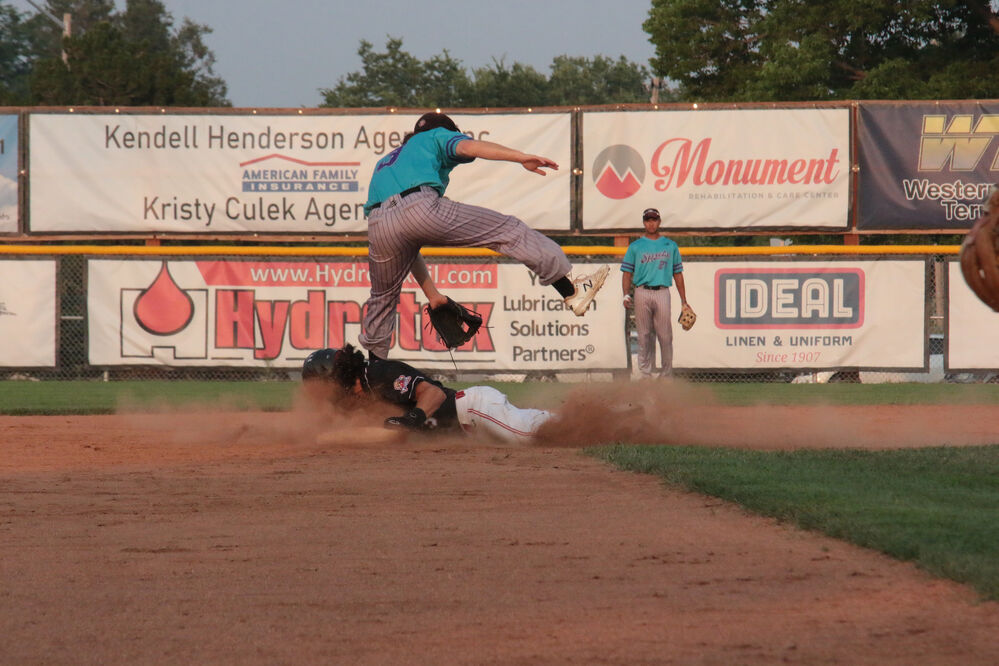 Jarred Mazzaferro slides to safety during the Pioneers' victory over the Canyon County Spuds.

Just like in Friday night’s game, the Pioneers won the game with one big inning. After the walk-off Friday, the team needed to be consistent at the plate and were hitless until the bottom of the fifth inning.

“Obviously, it’s great to put up production like that but the same thing I said yesterday and I told the guys the same thing,” said head coach Antonio Garcia. “We need to be more consistent with the at bats throughout the whole course of the game. We can’t always rely on an eight run inning, but tonight it was enough.”

Luckily, all six of their hits couldn’t come at a better time. The fifth inning was all they needed to get runs on the board and were able to hold off the Spuds, who scored four in the seventh and eighth inning.

“He’s a good player and a really good kid, I enjoy talking to him a lot. We are just going to keep working and I love when our guys compete in the zone,” Garcia said. “I mean, if he hits him, he hits him but we will try it again tomorrow.”

“It’s exciting, it was great to come out with a win too in order to win the series,” Ponder said.

Ponder also made some acrobatic plays in right field to help hold off the Spuds from making a comeback. For him, being able to get the job done offensively was the key moment of the game, especially with bases loaded.

“I think when I came up with bases loaded, and was just able to get the job done for the team. It was really exciting to do. I knew my teammates would come up clutch,” Ponder said. “We all trust each other so we knew we would get the job done tonight. I was just seeing the ball well and I wanted to do it for my teammates and have some fun out there.”

Defensively, the team had been struggling with this summer, but have been able to get it together these last few weeks.

“We’ve been pitching the ball really well. We played amazing defense and something that I said we struggled with this summer, so it’s really good to see our guys flying around making plays and helping our pitchers out,” Garcia said.

The Pioneers will finish the series with the Spuds on today at 4:35 p.m. before Monday’s day off. The final home series of the regular season will be against the Fremont Moo Tues.-Thurs.

Photos: Scenes from the Field of Dreams

The Pioneers' Jaydon Thomas pitches late in the game after coming in at the start of the sixth inning.

Alex Zerfass steps up to the plate early in the Pioneers' game.

Jarred Mazzaferro slides to safety during the Pioneers' victory over the Canyon County Spuds.