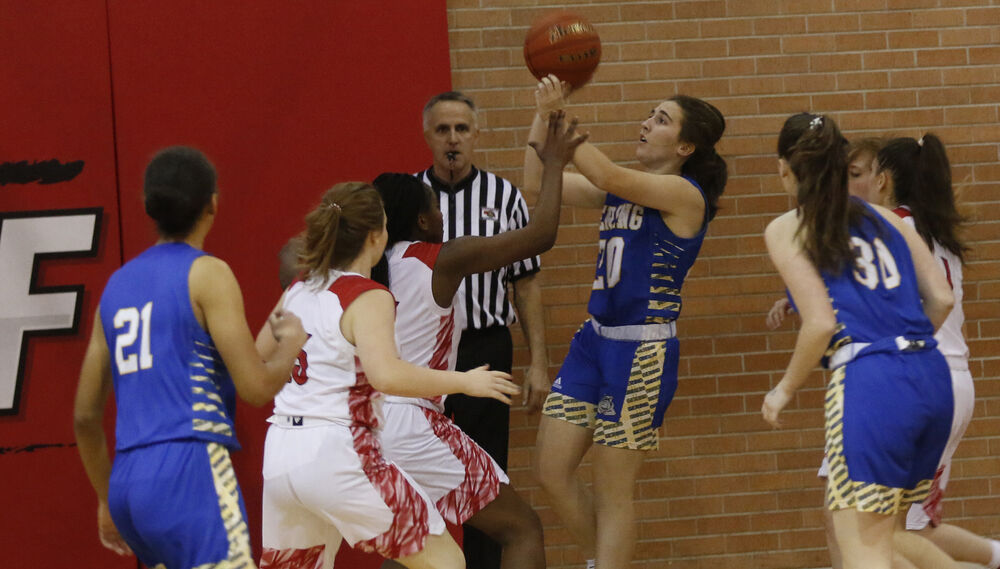 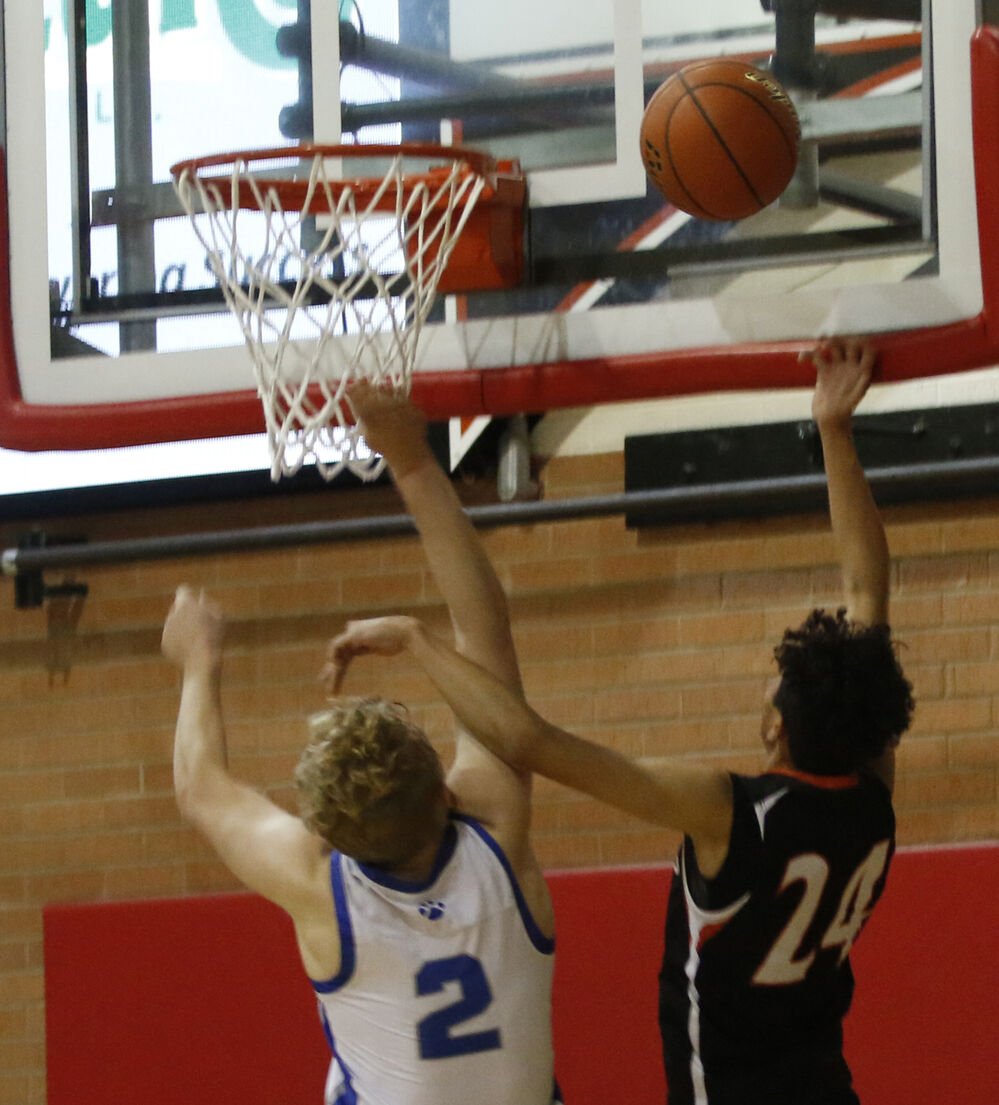 For the second day of the Western Conference Tournament, the consolation bracket condensed at the SHS gym.

Going to the seventh place game in the girls bracket will be the Sterling Tigers after their 47-29 defeat at the hands of the Alliance Bulldogs.

Joining them will be the Arvada Bulldogs after they were beaten 90-17 by Gering. The Gering Bulldogs saw this game as opportunity to fix their mistakes from the previous day of play.

“We worked on things we needed to work on during this game. Our half-court defense and our zone a little bit, so we stayed in that for most of the night. Our big kids played really good early and in the second half, we challenged ourselves to play good half-court offense,” Gering girls coach Steve Land said.

The afternoon started off with the boys of Gering taking on the Bulldogs of Arvada in a 67-51 victory for Gering. Like the girls team, Gering used this game as a major turnaround compared to the first night of play.

“Offensively, we played pretty well outside of the turnovers. Our defensive intensity wasn’t quite where it needed to be, but we did pick it up in spurts. We closed the game really well, we started attacking the basket like we should have been all along. Overall, I’m happy that we won, but we still got to clean up some stuff,” Gering boys coach Kyle Cotton said.

In the most competitive game of the night, the Mitchell Tigers defeated the Alliance Bulldogs 69-67. Throughout the game the lead switched hands, with the Tigers pulling away late, a buzzer beating shot from Alliance’s Jayden McCracken brought the score within two, but it was too little too late.

With both teams looking to build experience and gain knowledge, the high-scoring nail-biter was just what they needed.

“We went into the first night a little nervous running a new system with a new coach, but tonight we got back to the basics and played some defense. They came out and played really hard so it’s all on the boys,” Mitchell coach Marty Gillen said.

“We improved tonight offensively, but we took a step back defensively, and so when we get back to practicing next week we’ll address those things. It’s encouraging because this is such a young team and they hung in there they made plays late, but we really shot ourselves in the foot,” Alliance coach Michael Baker said.

Bulldog Ryan Johnston signed his National Letter of Intent on Friday to play baseball for the York College Panthers next year.

Bernard Garner, Blomenkamps to be inducted into WNCC Athletics Hall of Fame

Runza's Neal and Lora Blomenkamp along with former Cougar Bernard Garner will be inducted as WNCC's second class on Friday, Jan. 28.

The Gering basketball teams couldn't continue their momentum as both Scottsbluff teams would take wins on Saturday.

Bulldogs down Trailblazers on senior night

The Gering wrestling team completed their final home dual against Torrington on Tuesday.

The Chadron girls capture another wrestling tournament title narrowly beating the Mitchell girls, while the Valentine boys take the win in their division.

Gering wrestling downed Sidney and Scottsbluff on Thursday as the Bearcats downed the Red Raiders.

Bulldogs to play for SPVA titles

The Bridgeport basketball teams both advanced to the SPVA Championship games with their respective wins on Thursday and Friday.

Bearcat footballer and wrestler Chance Symons joins the "Winner and the mailman" podcast.

The Mitchell Tigers rout the Kimball Longhorns for their third straight win coming off of a five game losing streak.

Mitchell's Macey Bosard's love of volleyball has opened doors for her future career in the sport.

Hornets' 158 points season-high in NBA, most for franchise