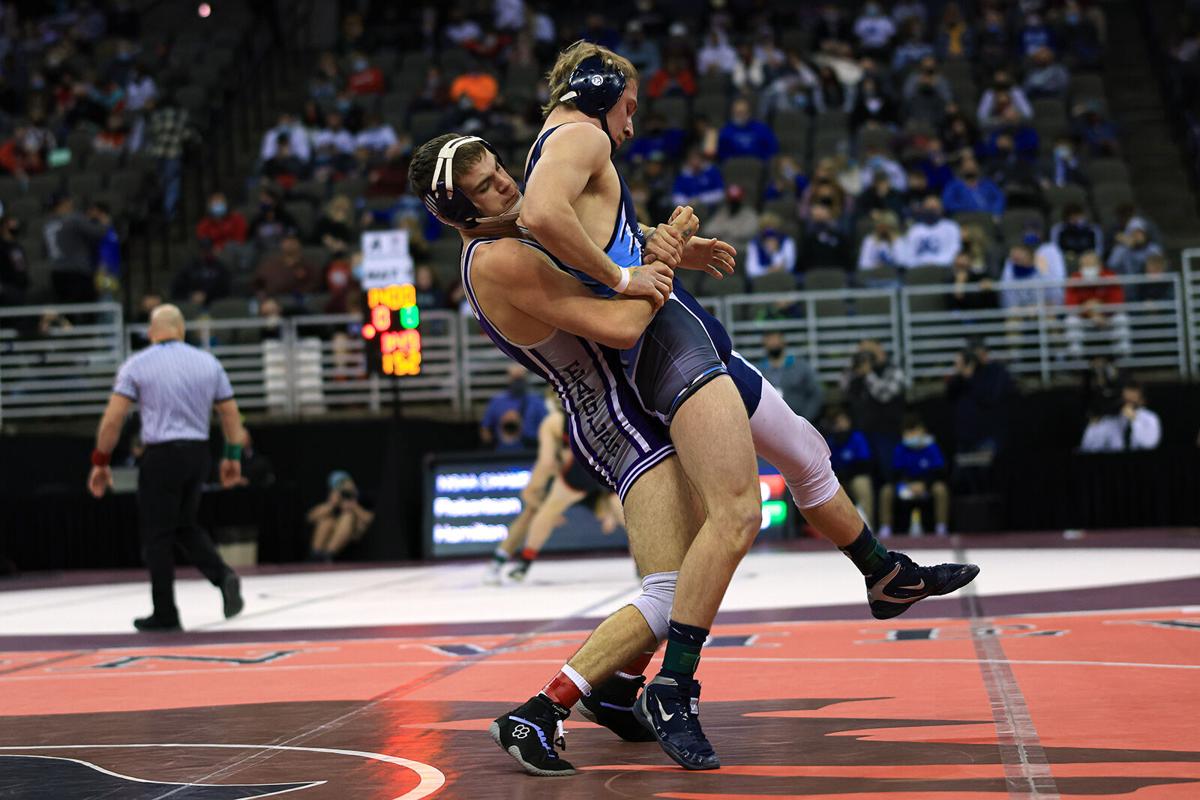 Garden County's Colton Holthus takes down Southwest's Matt Van Pelt during their match for the Class D 152-pound championship on Thursday in Omaha. 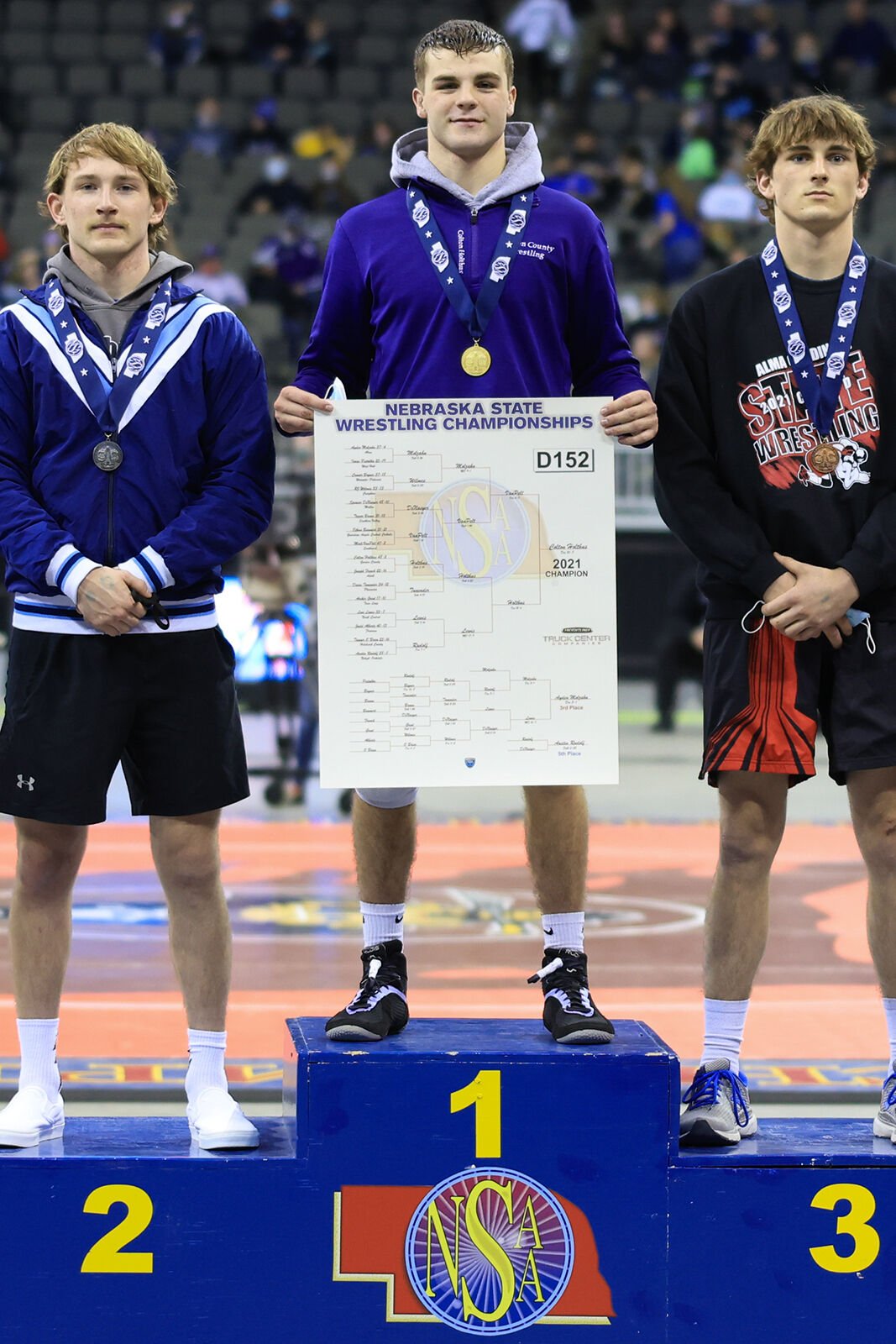 Garden County's Colton Holthus holds the bracket for the Class D 152-pound weight class after winning the title in that weight class on Thursday.

Holthus took a quick 5-0 lead with a takedown and a nearfall with under 10 seconds to go in the first period. Holtus took that 5-0 lead into the third period, and made it 6-0 with an escape.

Van Pelt scored a takedown 1:41 into the third period and picked up another three on a nearfall to close the gap to 6-5.

An escape by Holthus made it 7-5 before Van Pelt came up with a dramatic, match-tying takedown with 49 seconds left.

Eight seconds later, Holthus broke the tie with an escape and added some insurance with a takedown with 6 seconds left as he pulled off the 10-7 decision.

This was the second meeting for Holthus and Van Pelt. Holthus won the first match 1-0.

Garden County coach Jayson Peetzke said he knew this would be another close match.

“The first couple rounds we just assumed that everybody is going to be tough and come out after him because he’s a returning state champ,” Peetzke said. “His first round kid was not afraid of him at all, and the second round kid we we put him on his back pretty fast, just got out of there. In the semifinals match he a pretty tough kid but stayed in really good control.”

The title match proved to be filled with drama and intrigue.

Peetzke, though, said Holthus showed great composure as the time ticked down in the third period against Van Pelt.

“He’s really good about not freaking out and keeping a good disposition,” he said. “He’s been in a lot of tough matches so he knows how to wrestle out of bad situations.”

“I think that last year, being the first champion since ‘09 was huge,” he said. “This year, knowing that he had a target on his back and the pressure to repeat, I think, was huge too.”

“He had a lot of people coming hard for him. He only lost two matches this year and they were both upper class guys, Class B, Class C guys, but everybody brought it because they wanted to knock off a returning state champ. There were kids at tournaments talking about how they were going to try and beat him, and just walking by kids and hearing whispers. It was a fun year to be a part of just to listen to that. I’ve never had a kid repeat, so it was a great learning experience for me, too, just to know how to handle the situation when you’ve got that target on your back.”

Holthus’ teammate Chesney Stanczyk was edged 3-1 by Ansley/Litchfield’s Kolby Larson to fall one win short of a state medal.

Hyannis’ Gavin Anderson medaled with a fifth-place finish after picking up a 6-2 win over Southwest’s Clayton Hardy.

Hemingford’s Creel Weber medaled with a sixth-place finish at 113 pounds. Mullen’s Eli Paxton pinned Weber in 3:56 in the consolation bracket.

Kolton Kriha just missed out on medaling for the Tigers. Levi Belina, of Howells-Dodge, pinned Kriha in the consolation quarterfinals in 2:35.

Garden County's Colton Holthus takes down Southwest's Matt Van Pelt during their match for the Class D 152-pound championship on Thursday in Omaha.

Garden County's Colton Holthus holds the bracket for the Class D 152-pound weight class after winning the title in that weight class on Thursday.