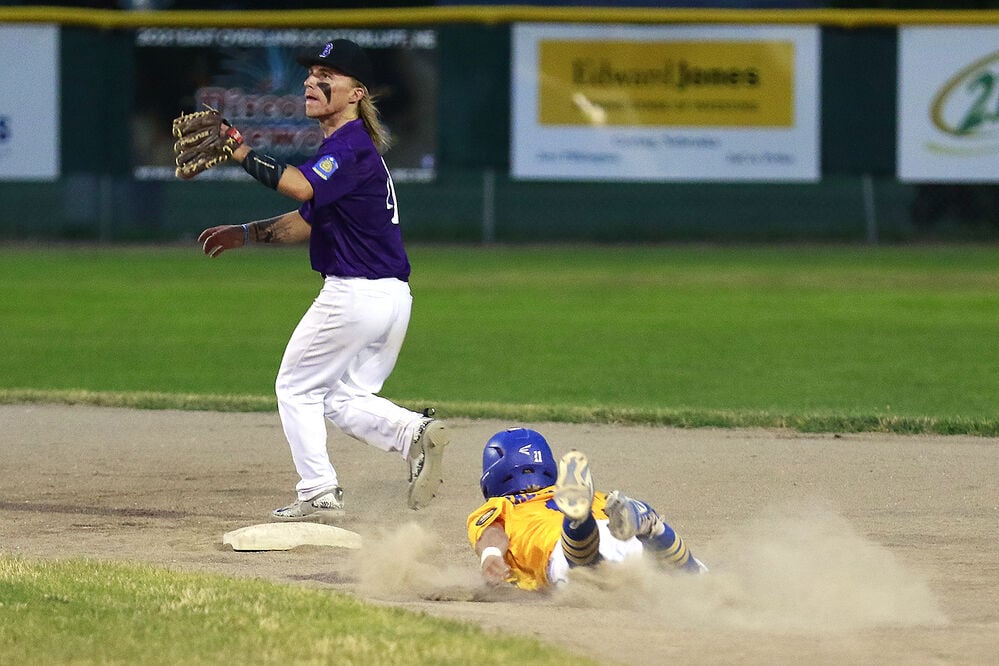 Gering PVC's Brady Radzymski slides headfirst into second base while Bridgeport's Dawson Kriha waits for the throw during their game on Wednesday, July 22 in Gering. 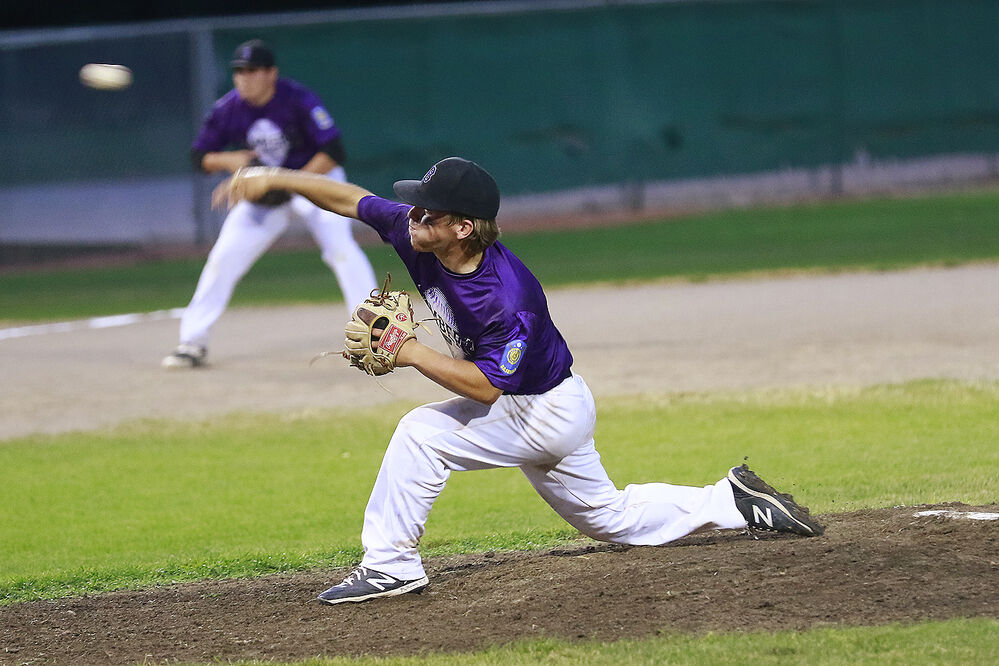 Bridgeport's Kolton Kriha throws a pitch during the third inning of their game against Gering on Wednesday, July 22 in Gering.

Gering Platte Valley Companies jumped on top early and held on to down Bridgeport 9-0 on Wednesday.

In the bottom of the first, Gering PVC’s offense stepped up to give Greene some help by scoring three runs.

Gering’s Quinton Janecek scored the first run on a wild pitch. Later in the inning, Riley Hoke reached first base on an error that also scored Riley Schanaman and Riley Gaudreault to give Gering the 3-0 lead after one inning of play.

Gering PVC would add to its lead in the bottom of the third inning. Jack Franklin hit a line drive to left field that brought in Radzymski to score for the 4-0 Gering lead.

A Hoke double later in the inning drove in Schanaman and Franklin. Gaudreault and Hoke scored on a Jarrod Beamon double for the 8-0 lead.

In the fourth inning, Gaudreault drove in Tristan Strauch for Gering’s final run of the game and the 9-0 lead.

Offensively, Hoke and Beamon both had one hit and two RBIs to lead Gering on offense. Franklin and Gaudreault each added one RBI for PVC.

For Bridgeport, Brandon Neiger got the starting nod on the mound pitching three innings. Neiger have up five hits and eight runs with six errors. Neiger struck out three Gering batters in the contest. Kolton Kriha pitched one inning of relief allowing just one hit.

Norris tight end James Carnie committed to Miami (Ohio) in mid-May, but several power-conference schools are continuing to show interest in him, including the nearby Huskers.

Gering PVC's Brady Radzymski slides headfirst into second base while Bridgeport's Dawson Kriha waits for the throw during their game on Wednesday, July 22 in Gering.

Bridgeport's Kolton Kriha throws a pitch during the third inning of their game against Gering on Wednesday, July 22 in Gering.