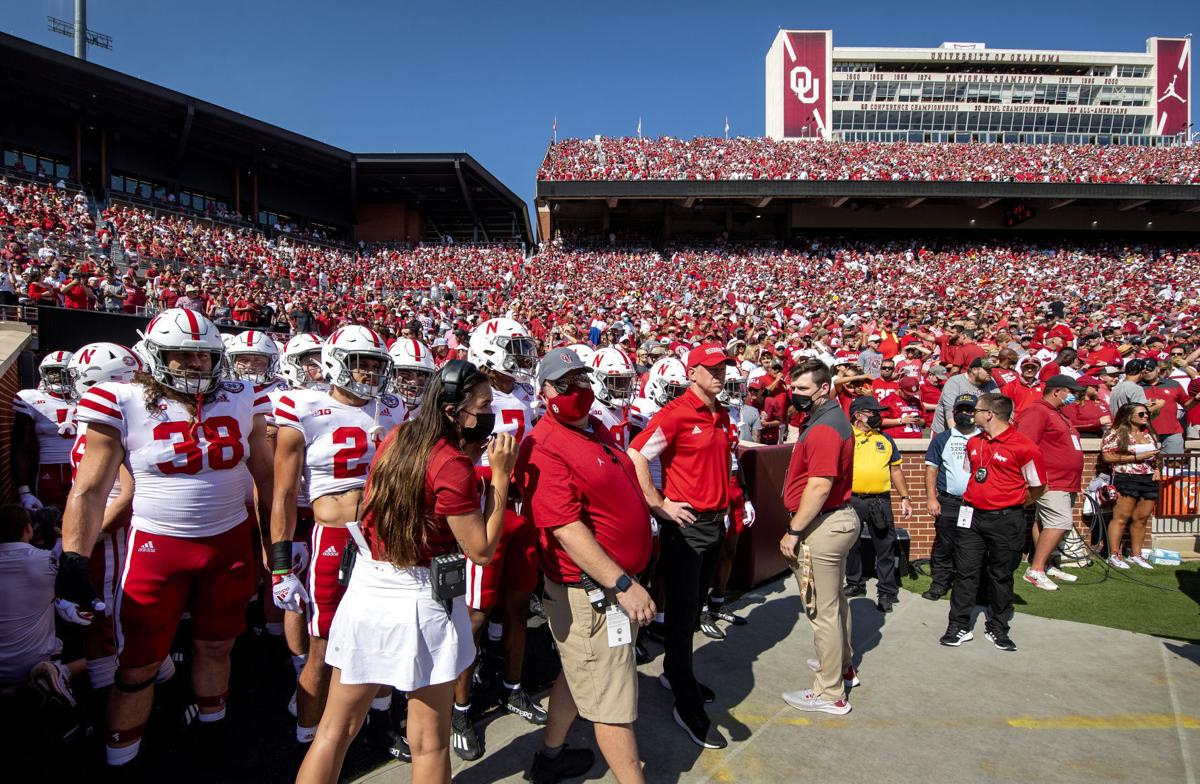 Nebraska head coach Scott Frost and the Huskers wait for Oklahoma to take to the field before making their entrance Saturday in Norman, Okla. 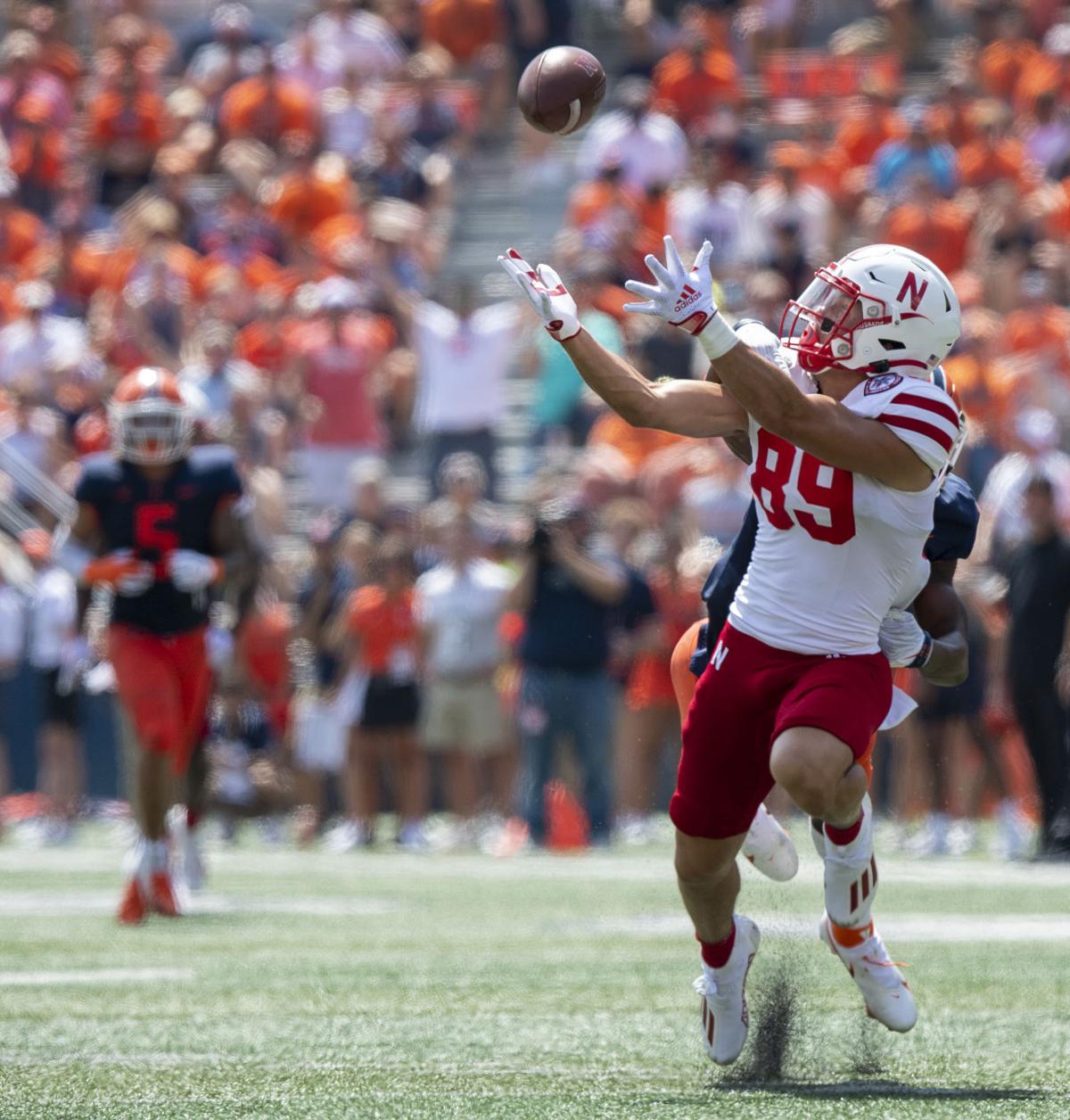 Nebraska coach Scott Frost hoped he’d have his full arsenal of wide receivers available Saturday night at No. 20 Michigan State, but it’s unclear whether that will happen.

The Huskers last week got junior Omar Manning back after missing a game with an apparent foot/ankle injury and also freshman Zavier Betts after he missed part of a game against Buffalo after taking a hard shot to the midsection.

Junior Oliver Martin remained sidelined with an apparent knee injury that has caused him to miss the past three games.

“He’s getting really close. I had my fingers crossed for this week,” Frost said Thursday. “I don’t know if that’s going to happen, but I think he’s close.”

Martin led Nebraska with six catches for 103 yards against Illinois but hasn’t appeared in a game since. He did not make the trip to Oklahoma last week.

Taylor-Britt “pressing”: NU junior defensive back Cam Taylor-Britt was named a captain before the season and is widely considered one of the team’s most talented players, but he’s struggled some early in the season.

Frost earlier this month said he thought Taylor-Britt was still playing at a very high level defensively, but on Thursday acknowledged that perhaps the Alabama native hasn’t quite been himself through four games.

“I talked to Cam about it and I think he’s just trying to do a little too much,” Frost said. “If he just plays within the structure of what he’s supposed to do, a player like him is going to make plays happen. I think he’s pressing just a little too much and sometimes that can lead to a couple of bad plays. If he just does his job and stays within his role, the ball is going to find him and he’s going to make a play.”

Culp likely to get PK nod: Senior Connor Culp has missed five of his past six field -goal attempts and was temporarily benched against Oklahoma after two misses, though he did return to kick an extra point after freshman walk-on Kelen Meyer had one blocked and returned for two points.

Frost on Monday said the place-kicking job would be an open competition this week and, though he didn’t announce it categorically, he made it sound as if Culp will handle the duties against Michigan State.

“It’s a work in progress, but I’ve got a lot of confidence in the guys,” Frost said. “They’ve just got to find their rhythm and Connor kicked well this week. We’ve got to trust him and let him go out and do his job.”

At punter, the coach said Nebraska was still deciding between freshman Daniel Cerni and sophomore William Przystup, who began his career at MSU before transferring to Nebraska in 2019.

Cerni was the starter for the first three games, but Przystup got the nod against OU and netted 50 per punt on two attempts.

“Both are ready and both have punted well,” Frost said. “Daniel is getting healthier again and I think we’ll decide that probably today or tomorrow.”

Wright (6-foot-4 and 210 pounds) posted about the issue and the procedure on social media earlier this week and said he felt much better on Wednesday after surgery.

Even so, he’s set for a lengthy absence, according to Frost.

“We’ll try to get him healthy and hopefully he’ll have some better luck going forward.”

Wright missed the 2020 season with a knee injury and appeared in two game this fall, debuting against Fordham. He traveled to Illinois but not OU and said he found out about the clot issue on Friday.

Photos and videos: Oklahoma holds off Nebraska 50 years after the Game of the Century

Nebraska head coach Scott Frost and the Huskers wait for Oklahoma to take to the field before making their entrance Saturday in Norman, Okla.