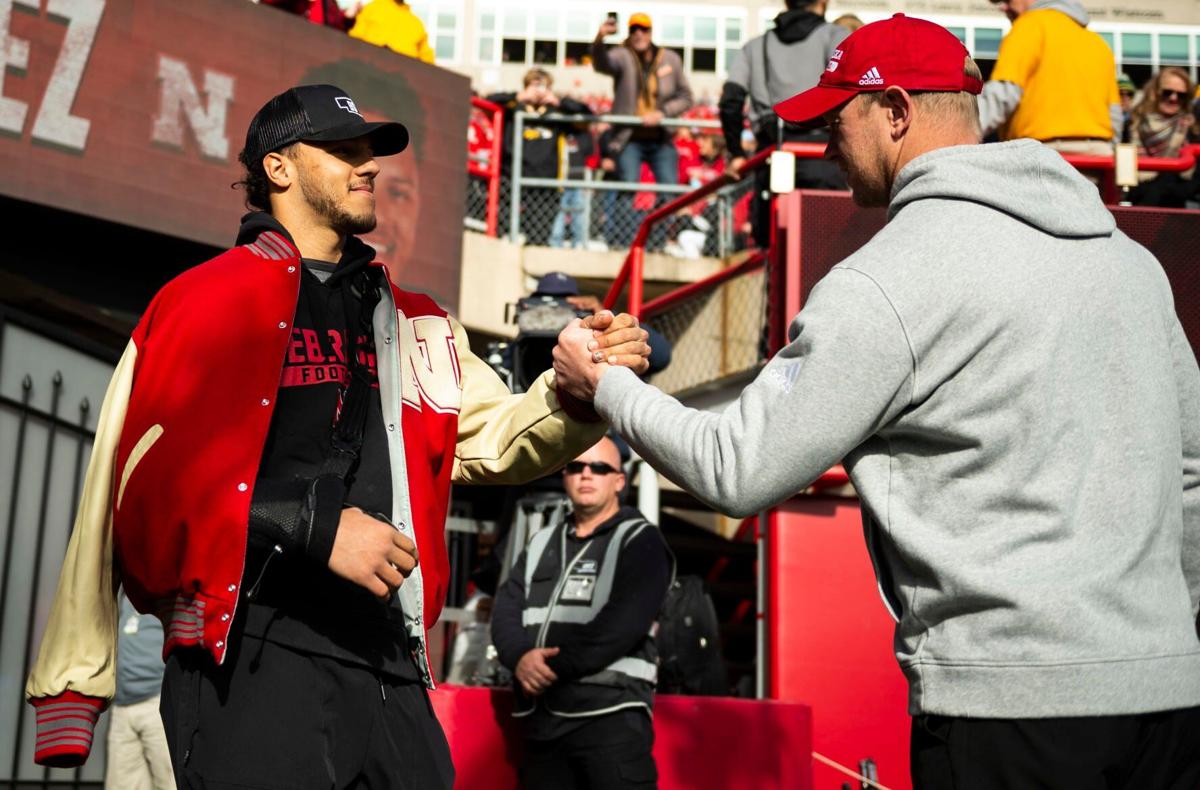 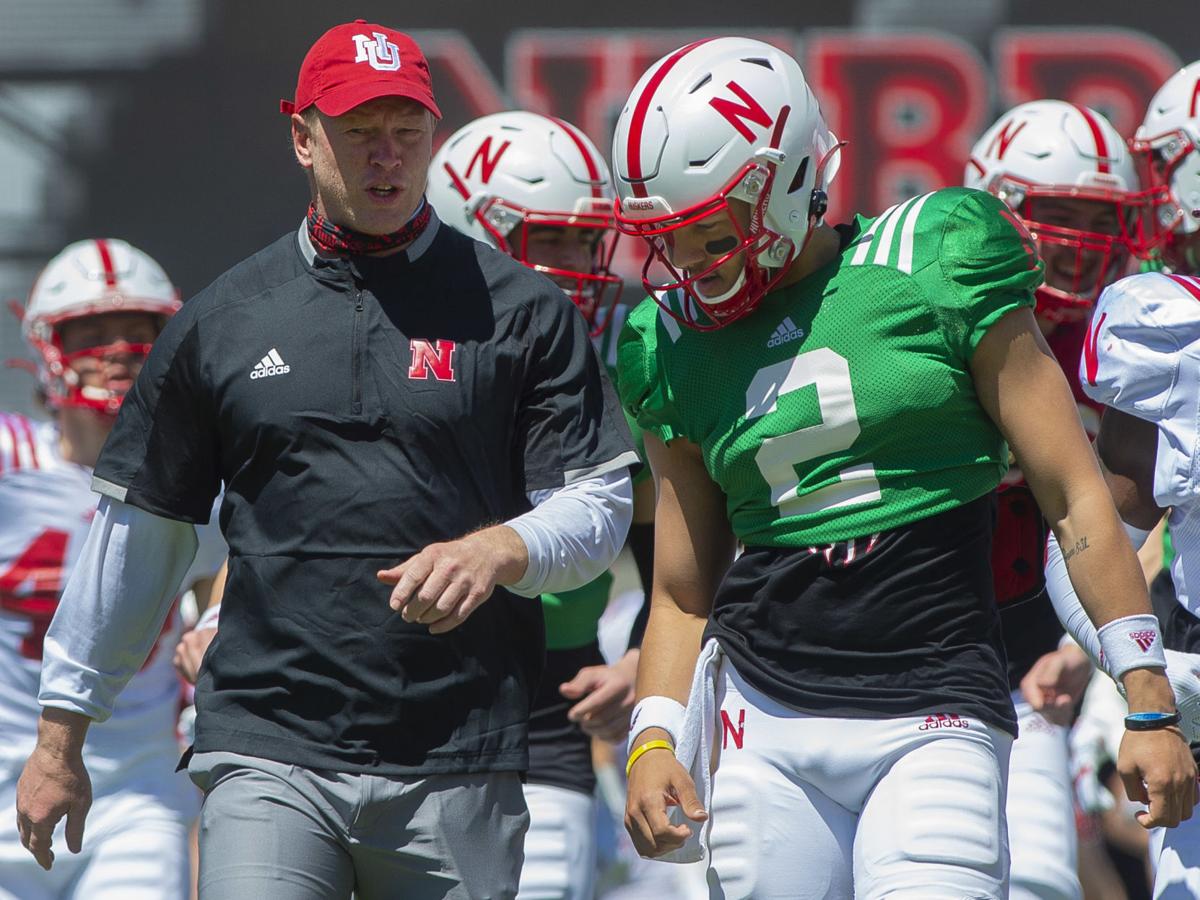 Nebraska coach Scott Frost (left) speaks to quarterback Adrian Martinez before the Red-White Spring Game on May 1 at Memorial Stadium. 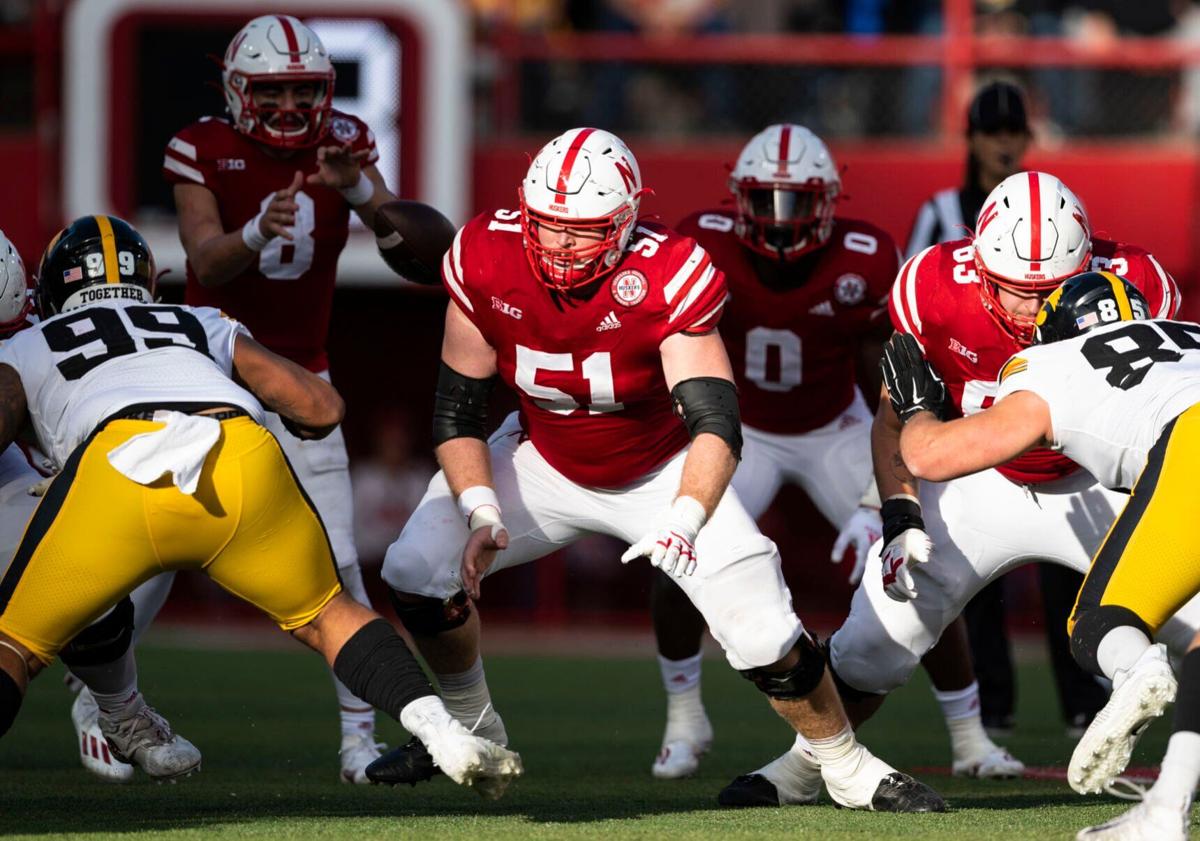 Nebraska’s long, disappointing 2021 season is finished. The Huskers lost six straight games to close out a 3-9 mark — the worst winning percentage here since 1957 — and capped it by blowing a 21-6 second-half lead against rival Iowa on Black Friday.

There is hardly any time for wound-licking, though. This isn’t a gloss-over of the Huskers’ massive struggle. It’s a reality borne largely of the fact that the season went so poorly.

Coach Scott Frost and the Husker program have a crucial three weeks ahead that will help chart the offseason course.

Steven M. Sipple: It all feels far too predictable as Nebraska falters late in season finale

Here’s a look at all the action that is queued up in the pipeline and how it will unfold in the coming hours, days and weeks.

Four juniors so far have indicated that they are not returning to Nebraska: tight end Austin Allen, defensive back Cam Taylor-Britt, defensive lineman Deontre Thomas and right guard Matt Sichterman.

There are several critical decisions to be made (or, at least, that have not been publicly announced). That list includes quarterback Adrian Martinez, defensive tackle Damion Daniels, center Cam Jurgens and tight end Travis Vokolek.

On Friday, Frost was asked about selling players on the idea of returning for an extra year.

“I don’t think they need to be sold,” he said. “I think each one of them just needs to make the decision that’s best for them. There are some that probably need to go give it a shot at the next level and there are some that could use another year.”

Those determinations will go a long way toward determining how veteran a team the Huskers are at certain key positions in 2022 and how much work NU needs to get done in terms of transfer shopping. More on that below.

Frost has had four coaching positions open since firing all but one of his offensive assistants on Nov. 8.

There are several combinations that he can land on. A couple of the key questions that help the rest of the puzzle fall into place: What position does his new offensive coordinator coach? And has he been convinced of the need to hire a full-time special teams coordinator?

Frost had little interest in discussing those matters Friday.

Another: Does a potential special teams coach also have a position? That would be, essentially, taking the duty from Mike Dawson and handing it to another position coach, rather than hiring someone whose sole focus is on the special teams units.

If Frost hires a special teams-only coach, then the rest of the coaching duties must be shuffled, too. That could include an offensive assistant taking two groups (Sean Beckton coaching tight ends and wide receivers, for example).

The other possibility is that Nebraska loses a defensive position coach or two. The coaching hiring cycle is already crazy and will speed up more after this weekend. Replacing four coaches is the floor, not the ceiling, for Frost this offseason.

From a logistical perspective, here’s another question: Will any of the staff additions be finalized before the offensive coordinator? Frost called the OC his first priority and has suggested that a coordinator might have a say in bringing a coach or two that he feels strongly about, but if Frost finds, say, a receivers coach or an offensive line coach that he feels good about, could that happen before a coordinator hire is official?

There may not be a position on the Huskers' roster that is a zero in terms of need this offseason. The linebacker level may be the closest, given the mix of youth and experience, but you can bet that if the Huskers have a chance to get a dynamic pass-rusher, they won’t hesitate.

Outside of that, pretty much everything from quarterback to kicker is on the table. Some will be dictated by decisions still to be made public — quarterback is likely on the list regardless once a new coordinator and quarterbacks coach is hired, but the market will be different depending on Martinez’s decision and recovery timeline — but some are clear already.

Nebraska, for example, has been recruiting defensive backs from the junior college ranks and the portal. The Huskers could use experience at safety, in particular, but could also take a corner if they think a young player like Marques Buford could join the safety mix. NU has several versatile young players in the program, such as Buford, Isaac Gifford, Javin Wright and others, so the focus in the secondary can be to find the best player available and figure out positions from there.

Nebraska struck gold last year with wide receiver Samori Toure and got mixed results from linebacker Chris Kolarevic and running back Markese Stepp — role players who saw their time diminish as the season wore on but who could help down the road — and no on-field contribution from defensive back Tyreke Johnson.

Nebraska has nine players verbally committed for the 2022 class and more work to do in the coming weeks, even given the fact that the class has always been projected to be a small one. The class is ranked last in the Big Ten (in part because it's the smallest), according to 247Sports and is No. 12 in the league based on the average rating per player.

One part of the equation is keeping players in the fold despite the turnover on NU’s staff. Several of the commits — in particular the in-staters — have been regulars at games this fall and on Friday the Huskers also had receiver Grant Page (Boulder, Colorado) and quarterback Richard Torres (San Antonio) on campus for unofficial visits. Wide receiver Victor Jones (Orlando, Florida) is a hot commodity after a big senior season, though he’s also known Frost since he was in middle school. He’ll be a guy to watch in the three weeks between now and the early signing date.

NU would also do well to add young linemen to the high school class and potentially another defensive back, too.

Nebraska’s roster composition is convoluted at this point considering the extra year of eligibility granted by the NCAA in 2020, the decisions still to be made by several players and the growing influence of the transfer portal.

Sound waves: What others are saying about Friday's Husker game

Here’s one way to think about Nebraska’s starting point for spots available: NU has seven sixth-year scholarship seniors who are definitely leaving (Will Honas plans to petition for an extra year of eligibility) plus Allen and Taylor-Britt are off to the NFL. The Huskers also have nine verbal commitments for 2022. That puts the Huskers at roughly level, though the exact picture remains a little fuzzy.

Generally speaking, every player who decides to head for the NFL or transfers out from this point on is a spot created for a high school player or a transfer. So, Thomas and Sichterman are two. Let’s say NU loses 10 more players, perhaps that gets the high school class to 13 and leaves room for about a half dozen transfers. If the attrition number is five or if it’s 20, then roster space changes dramatically.

The next three weeks are going to be a whirlwind and will be the jumping-off point for everything that follows. There will be more transfer recruiting done in the spring, more attrition, potentially even more coaching movement. But much of the heavy lifting will be completed by Dec. 15.

Time is of the essence, as is hitting the right notes on several fronts. That’s Frost’s challenge: Hire quality coaches and retain the others, keep your key players in the fold and attract new ones and do it all in a matter of weeks.

Nebraska veteran inside linebacker Will Honas will attempt to play his seventh year of college football elsewhere.

"Every school that I've gone to, I've gotten a 'Go Big Red' as soon as I walked in," Bryan Applewhite says of life on the recruiting trail.

Chinander has overseen a Blackshirt defense that has steadily improved since he arrived in Lincoln with head coach Scott Frost in December 2017.

Several players have entered Nebraska's 2023 picture at quarterback, and we take a look at some of those prospects along with a preview of junior day.

Decoldest Crawford on radio: Husker receivers coach Joseph 'is going to keep it real with you'

Ho'ohuli arrived on campus last summer but did not dress for most games during his only season and did not make any travel rosters.

The former Nebraska QB revisited some Husker memories (some good, some bad) when previewing his first playoff game as an NFL head coach.

A deep dive with major players in this new world of college athletics. How is money generated, and how does it affect recruiting are just two talking points.

Johnson, listed at 6-foot-2 and 180 pounds, is one of the top-rated quarterbacks in the Midwest for the 2023 cycle.

Nebraska coach Scott Frost (left) speaks to quarterback Adrian Martinez before the Red-White Spring Game on May 1 at Memorial Stadium.