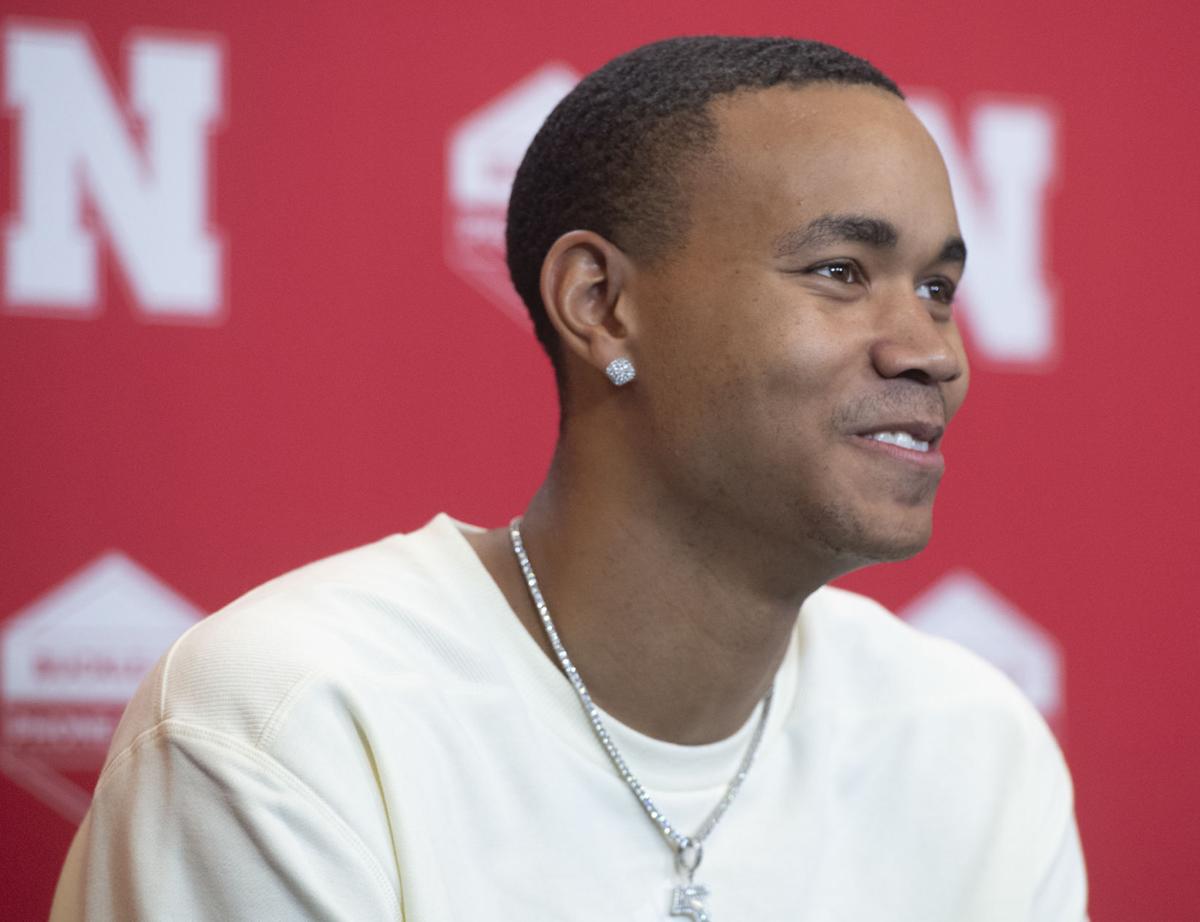 Nebraska basketball freshman guard Bryce McGowens speaks to the media during a news conference Tuesday at the Devaney Sports Center. 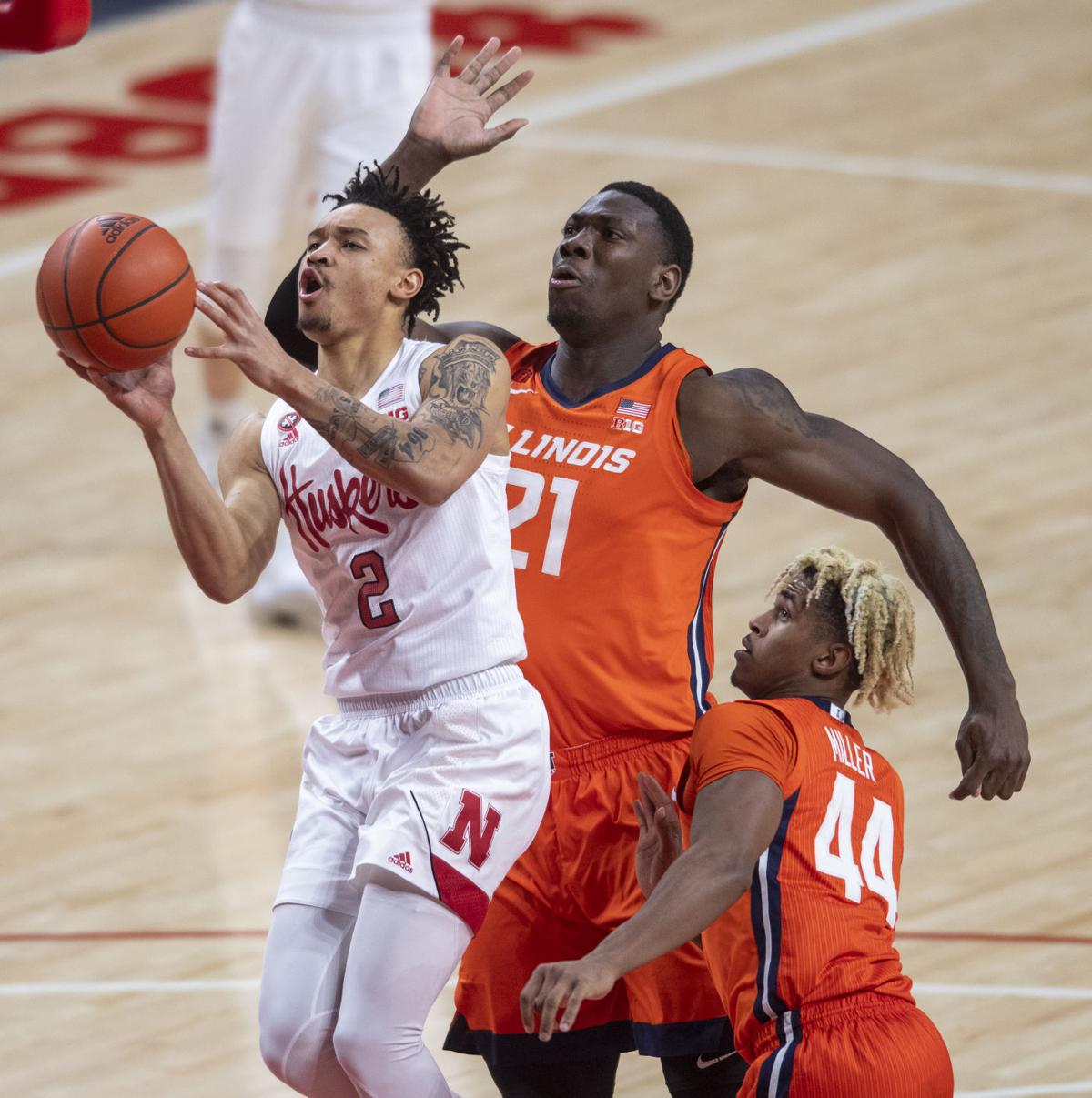 Nebraska guard Trey McGowens drives to the basket against Illinois’ Kofi Cockburn (21) and Adam Miller during the first half Feb. 12 at Pinnacle Bank Arena.

Bryce McGowens has a plan.

Every morning when he wakes up it's right there in front of him, on a "vision board" he created to chart the course of his basketball career and his life.

What is the goal for today? For the year? For five years down the road? It's all right there in front of the highest-ranked recruit Nebraska basketball has ever brought to Lincoln — a defined process that keeps the 18-year-old on a path towards what he hopes ultimately leads to the NBA.

But today, and this year, the plan involves the Huskers, and how he can make history for a program that has precious little of it.

"Some guys just wake up and are like, 'All right, we've got practice,' or whatever. And it's not really getting them motivated," McGowens said Tuesday. "So it's just being able to look up at that and say, 'All right, I've got this today, let's work.'"

The work has never been the issue for the younger of the two McGowens brothers on Nebraska's roster. As a freshman in high school, he was barely a blip on the recruiting radar, if he even showed up at all. By the end of his senior season, he was considered a top-25 player nationally, the South Carolina player of the year whose commitment to Nebraska in November sent shockwaves through the state.

Now he's in Lincoln, waking up to his goals every day, and sometimes getting a little help to accomplish them.

"I think that was probably the biggest thing that helped me step up this year and just look in the mirror," said Trey McGowens, Nebraska's junior guard. "Because I got a little brother. He’s going to do a lot of things that I do. That’s why I try to be vocal. But just trying to find the middle ground. I’m still learning. Just the tone, and not throwing too much at him."

Trey McGowens went through the draining 2020-21 season, playing in empty arenas, taking daily COVID-19 tests, watching the Huskers take their lumps in the Big Ten. That came after two seasons of solid stats, but not many wins, at Pittsburgh.

The brothers haven't played on the same team since Trey was 8 and Bryce was 5. But once Bryce committed to NU, the two paired up as often as they could in summer pickup games. They found out that was more fun than the one-on-one battles they had as kids that usually ended in a wrestling match on the ground with their father coming in to break things up.

The bond between the two is clear. It "would make my year" if Bryce achieves the goals he wants to achieve, Trey said.

And Bryce readily admits Trey has been an inspiration in his own rise in the hoops world.

"Seeing him at Hargrave (Military Academy), at Wren (S.C.) High School, just going out there every day and dominating — getting underneath people. Just the way he brings his different type of energy," Bryce said. "I looked up to him. I was just like, 'I want to be like Trey.' So I just had to bring it every day."

It took some time for Bryce, soft-spoken and "yes sir, no sir" polite, to find the same type of "dog" mentality that led his brother to high major basketball.

He's getting there, as he makes the adjustment to the college game, and Trey learns how to push him in the right places.

Nebraska will need both players at their best to get to where it wants to go this season. Trey is the gritty veteran. Bryce's talent is undeniable. But playing time and star power is earned, and how Bryce learns to manage the day-to-day could well determine his course.

"Over the past month (NU's older players) really taught me, you’re going to have bad games. But you’ve just got to bring energy every day," Bryce said. "Because the second you don’t bring energy, everything can go downhill. So they really empowered that in me, and just continue to tell me that every day."

Trey is happy to share his wisdom with Bryce. He's thrilled to play on the same team as his younger brother. And there is a joy, for both players, in the opportunity for the McGowens star to keep growing.

"There's no pressure. This is what he wanted. Since he was a freshman in high school. … He told me he was going to be a five-star when it was all said and done. And his goal (here) is to be a one-and-done," Trey said. "And Bryce loves to win more than anybody.

"When he came here, he says it like every other day: I don't do losing. We ain't going to lose this year."

Andre also learned where things needed to change if he wanted to take the next step in his career.

Lloyd and Nebraska have had mutual interest in each other since the Huskers first offered him a scholarship in November of 2020.

With a clear vision of his future, Bryce McGowens dives into the present with older brother Trey and Husker hoops

Nebraska basketball freshman guard Bryce McGowens speaks to the media during a news conference Tuesday at the Devaney Sports Center.

Nebraska guard Trey McGowens drives to the basket against Illinois’ Kofi Cockburn (21) and Adam Miller during the first half Feb. 12 at Pinnacle Bank Arena.