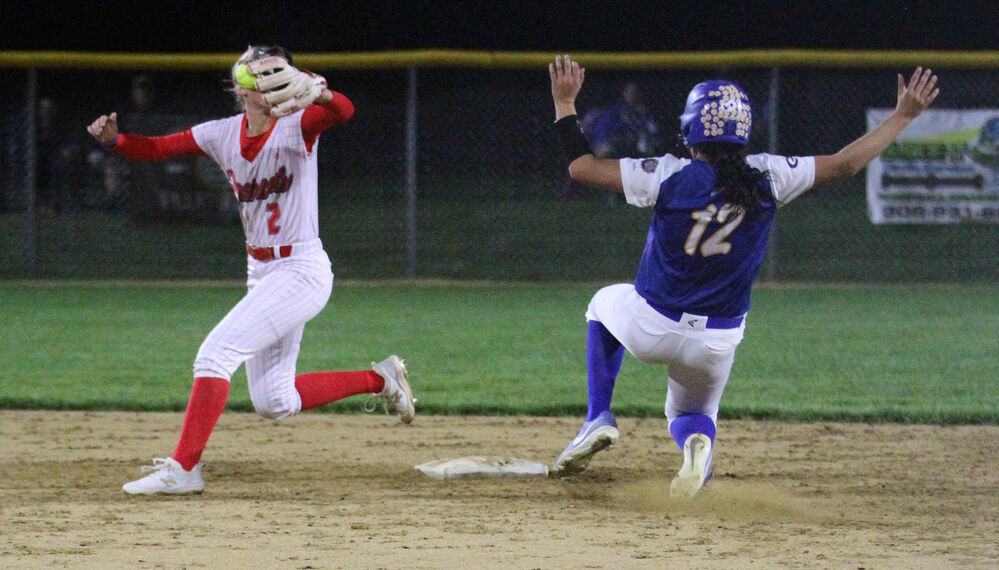 Scottsbluff's Brady Laucomer (2) attempts to tag out Nickie Todd (12) at second base in the 14-5 Bearcats win. 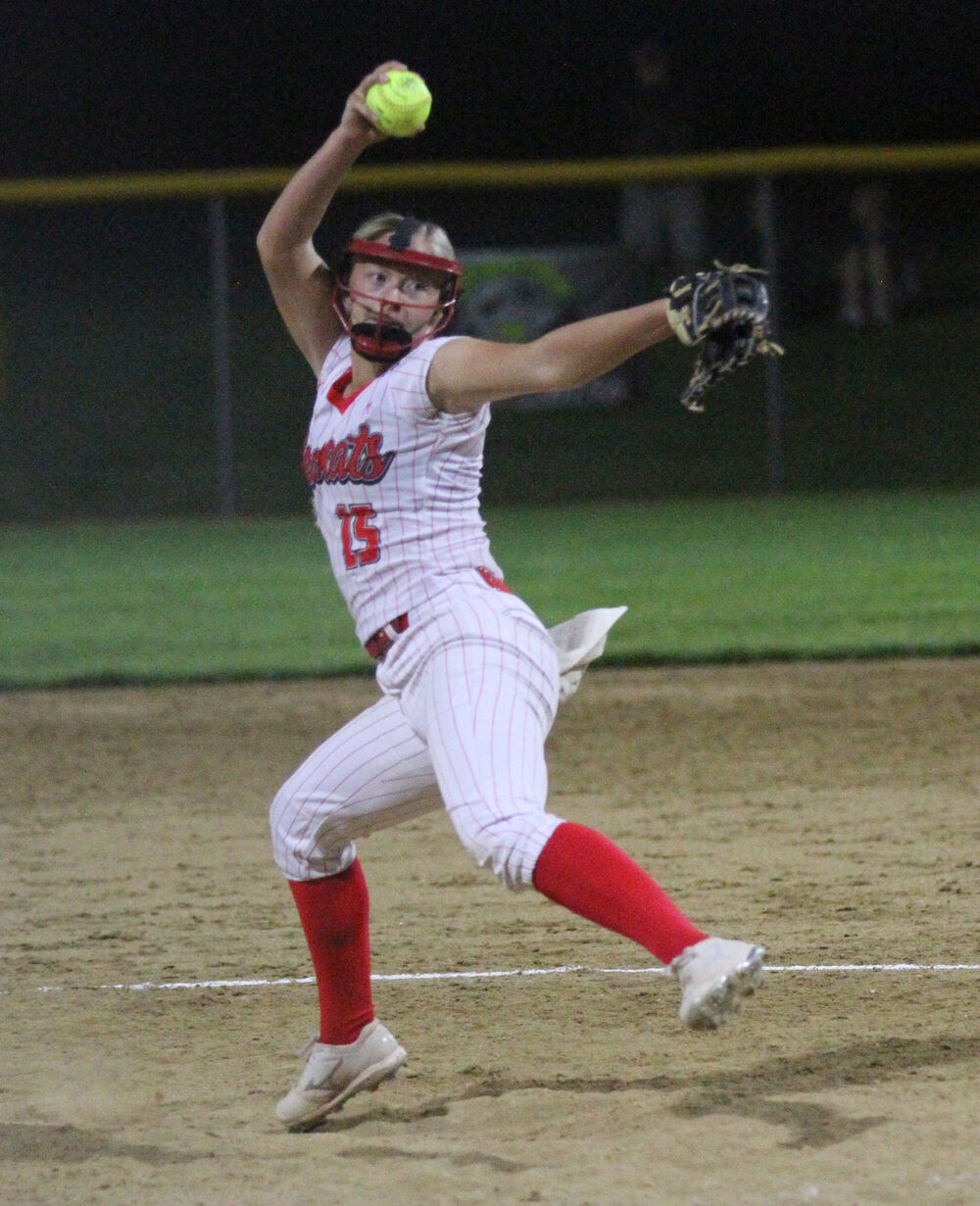 Aubrey Barrett pitched a complete game for the Bearcats during Thursday's game against Gering.

The Scottsbluff Bearcats traveled to Gering to take on rival Bulldogs in their third and final matchup of the regular season. In a high scoring affair, the Bearcats won 14-5.

The Bearcats made big leaps in scoring from four total home runs from Tatum Heimerman, Brady Laucomer, Taryn Spady, and Mariyah Avila. Avila’s home run happened to be a grand slam in the fifth inning.

“We definitely stepped up as an offensive team from this game compared to our last one, and it's definitely helped us win more games,” Laucomer said.

This win is a big turnaround from the two losses the Bearcats were dealt in last Tuesday’s doubleheader against North Platte.

“It started last Tuesday night when I talked to the girls. We have great leadership from the girls, and they talked about how we needed to intensify our practice for Wednesday, that we got another shot at them later on, and we have to get better,” Scottsbluff coach Daniel Fox said. “But our practice on Wednesday was great, and I had a pretty good feeling coming into tonight that we were going to be hitting the ball pretty well.”

“After Tuesday’s losses, I think we came back to practice on Wednesday, and picked it up, cause we knew we had to get better,” Avila said.

As the wind picked up and brought in smoke from a nearby fire, the Bearcats put up big numbers with Avila going 2-for-4 with six runs and two RBIs.

Although the Bulldogs put up a good effort, it was almost impossible to match the bats of the high scoring Bearcats.

“It’s difficult to keep up,” Gering coach Zach Ostergard said. “Scottsbluff scored a lot of runs, and if we can’t keep up and match them, then it will be difficult to stay in the game.”

Even with the lopsided score, the Bulldogs feel as though they were only a few plays away from being in this game.

“We’ve got to take advantage of getting girls in those scoring positions,” Ostergard said. “Aubrey (Barrett) did a good job of throwing it around the zone and kept our girls off balance.”

Barrett pitched a complete game, giving up six hits, five runs; none of which were earned; three walks, and recorded five strikeouts in six innings of work.

Heimerman and Alexandra Jones both went 2-for-4, Heimerman with two runs and RBIs while Jones had one RBI.

Sarah Weise pitched 4.2 innings with eight hits, 12 runs; only two of which were earned; three walks, four home runs and four strikeouts. Aspen Elsen would relieve Weise in the fifth inning and pitch the rest of the game, giving up two hits, two runs and one walk.

The Bulldogs will travel to Chadron to play the Cardinals while the Bearcats will host the Alliance Bulldogs on Tuesday, Sept. 21.

Scottsbluff's Brady Laucomer (2) attempts to tag out Nickie Todd (12) at second base in the 14-5 Bearcats win.

Aubrey Barrett pitched a complete game for the Bearcats during Thursday's game against Gering.