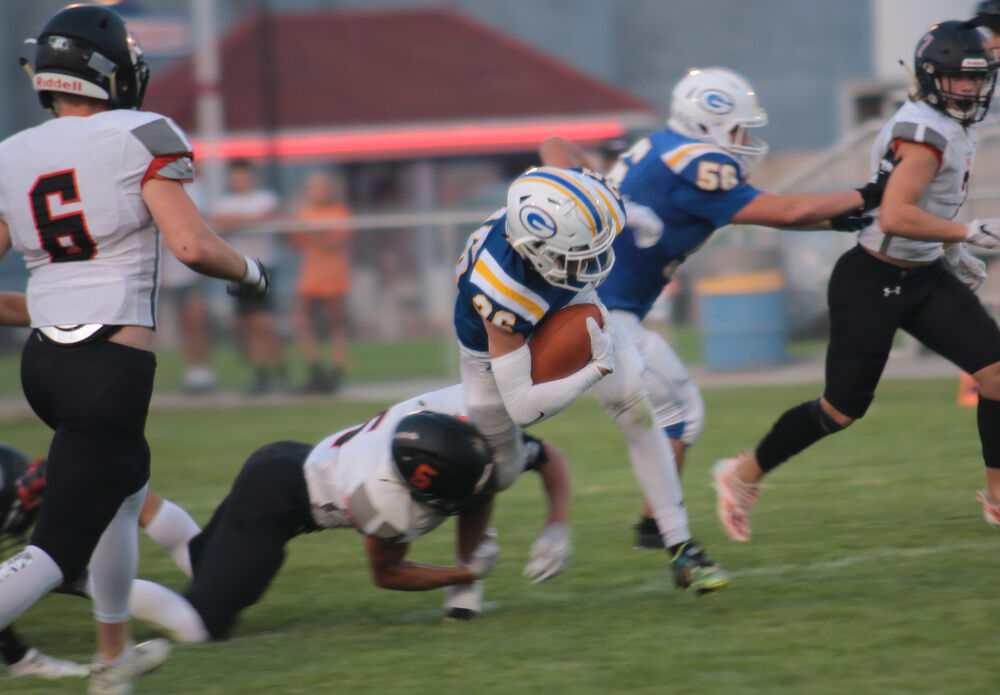 Tanner Gartner tries to break a tackle by a Hastings tackler during the Sept. 10 loss. 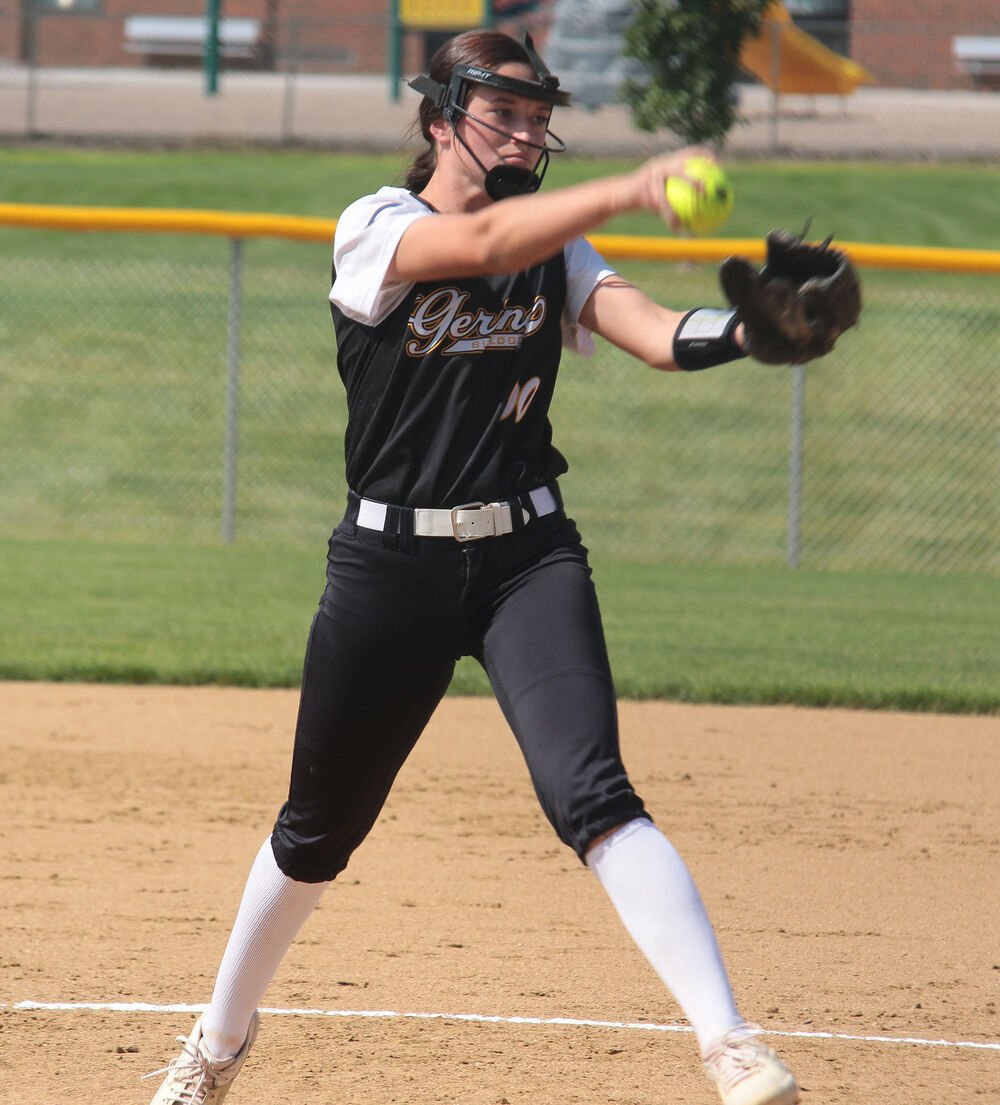 Sarah Wiese pitches during Gering's game against Chadron on Saturday.

The first game pit Gering and Alliance against each other in a matchup between Bulldogs. This was the first game for Gering after their 11-1 loss to Scottsbluff on Saturday, so they were looking to follow that loss in the right direction. They would do just that with a 12-1 win over Alliance.

Gering head coach Zach Ostergard told his team to forget about what happened and continue on like they had been.

“Obviously that game last night didn’t go how we wanted it to go, but we were just trying to get different girls in different positions and see what we are working with, especially with Aspen (Elsen) on the mound,” he said. “I just wanted to see what she could do with better competition.

Gering scored in every inning during the game with four in the first, three in the second and third, and two in the fourth. The only run for Alliance was during the first inning on a single by Alicia Brave.

Sarah Wiese pitched all four innings, giving up four hits, one run and recorded three strikeouts while also going 2-for-3 offensively with an RBI.

“It was just good to come in and see the girls play softball, just doing what they’ve been doing all year,” Ostergard said. “They just have fun playing with each other; they’re having each other’s back. Just situation-wise, they’re just scoring girls when they need to do it, and they’re taking care of routine plays.”

Gering would have a game break to get something to eat and regroup. Ostergard would talk to his team during the break to get them ready for the game ahead.

“Chadron is a really good team, and they are a very young team, so they’re going to be really good in the years to come,” he said. "They’re a team that if you just let them hang around, they’ll put up some runs against you. I just told them not to take it lightly and again come with that same energy, that same effort from the first pitch and take care of business.”

The second hand of the day has Alliance and Chadron play each other. It was a game of defense at the start, as by the fifth inning, the score was still tied at 1-1.

Chadron would take control of the game with an 8-run fifth inning to put the game away. The Cardinals won 9-1 over the Bulldogs.

Kinely Richardson tripled to break the tie and start the run the Cardinals went on in the fifth. Richardson went 2-for-3 with one run and three RBIs in the game while Aubrey Milburn and Meradith Rhembrandt had two RBIs apiece.

The Cardinals would immediately go into their game against the hosting Bulldogs for the final game of the invite.

Gering started the game quickly out of the gate with an 8-run first inning, holding the Cardinals scoreless until the next inning. Chadron had a 4-run second inning but it wasn’t enough for a comeback as the Bulldogs would score seven in the bottom half of the frame.

Of these seven runs, five of them were from two home runs. Gianni Aguilar hit a 3-run shot over the left field wall to put the Bulldog lead at 13-4. Only two batters later, Brylee Dean would also hit a home run, a 2-run homer over center field. Gering would get one more to put the final tally at 16-4.

Wiese would go 2-for-3 with two RBIs offensively and pitch three innings, giving up three hits, one walk and four runs, only one of which was earned.

Gering will be working on the small things before their next game in a few days.

“Just the little things like fundamental stuff, routine plays, just continuing to focus a bit more on the bunt defense and taking care of the small ball,” Ostergard said.

Gering will head to Chase County while Chadron will travel to Alliance on Tuesday, Sept. 14.

The Bulldogs were unable to put a game in the win column as the Buffaloes pulled away at the end.

Tanner Gartner tries to break a tackle by a Hastings tackler during the Sept. 10 loss.

Sarah Wiese pitches during Gering's game against Chadron on Saturday.