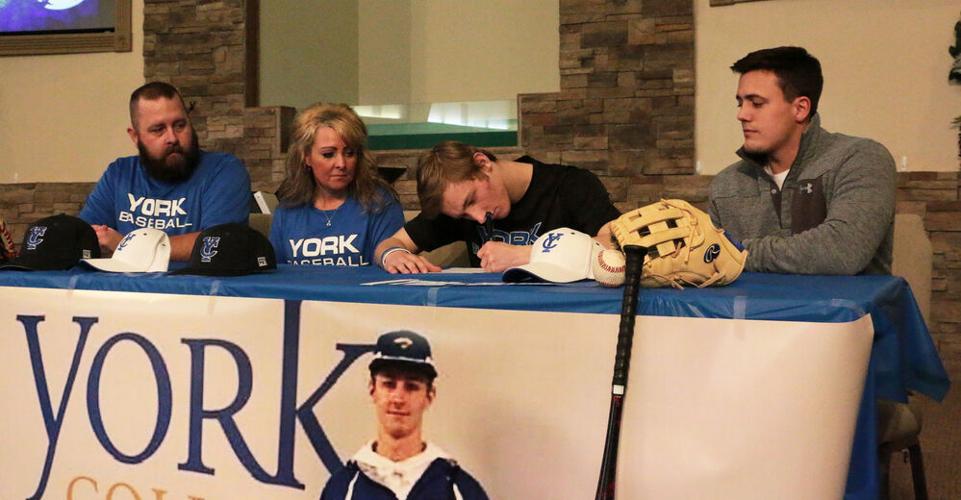 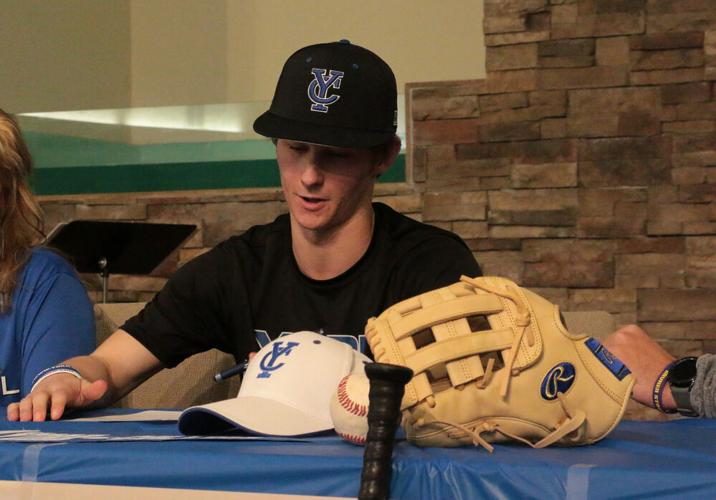 Ryan Johnston talks about why he chose to sign with York College.

“Throughout my life, I’ve worked hard for a lot of different sports, and I came to the realization about four or five months ago that baseball is really the route I wanted to take,” he said. “Coming into this, I didn’t have too many offers from anywhere and then when I got this one; it meant a lot to me that I can continue my academic and athletic career. I knew this was the place to go when I set foot on campus.”

Johnston felt welcomed the moment he set foot on the campus and attributed the coaches, as well as his religion, as his reasons for attending York next year.

“I chose York because when I first got there, their coaches greeted me and they really treated me like that’s where I needed to be,” Johnston said. “Not only is York a good baseball program for me, but they also follow their Christ-like ways, and religion is the most important thing in my life and being able to follow that really guided me to be able to choose York.”

Just like with every parent sending their kids to college, his mom Crystal is nervous to send him off, even though the college is still within the state of Nebraska.

“It’s scary but I think York is where he needs to be,” she said.

Johnston has set goals that he aims to strive for in his final legion baseball season for Gering this summer.

“I could say better batting average or more stolen bases but truly my goal this year is to help guide my team,” he said. “We lost about seven of our nine starters last year. That’s really going to hurt us this season, so my goal is to just be an influence and show people the correct way to play baseball for Gering and keep the program running the way it has in the past.”

Johnston was part of the B&C Steel Legion team that went 15-15-1 last season. He finished with a .329 batting average in 30 games.

He is thinking of majoring in Physical Education either at the elementary or high school level.

Panhandle Prep announced the rosters for the All-Star basketball game on Wednesday. Check out the names of those who will be playing on May 27 at Gering High School.

In the Class C-9 district, the track and field athletes take to the track, pits, and ring with a spot at state up for grabs.

Bearcats track and field coach Shelby Aaberg joins this week's "Winner and the Mailman" podcast to talk about the recent Class B-6 district meet and the upcoming state meet.

Peters leads Tigers back to state in Class C

The Class D-9 district track meet was held in Dalton on Thursday as many athletes qualified for the state meet.

Red Raider John Beier won the individual title at districts while Scottsbluff won as a team on Monday, qualifying for state.

Bearcat Jason Escamilla will continue his soccer career with the WNCC Cougars next year.

At the B-6 district meet in Ogallala, area track and field athletes hoped to punch their ticket to the state meet.

The first day of state track and field commences with several local athletes placing or qualifying for the second day.

Ryan Johnston talks about why he chose to sign with York College.