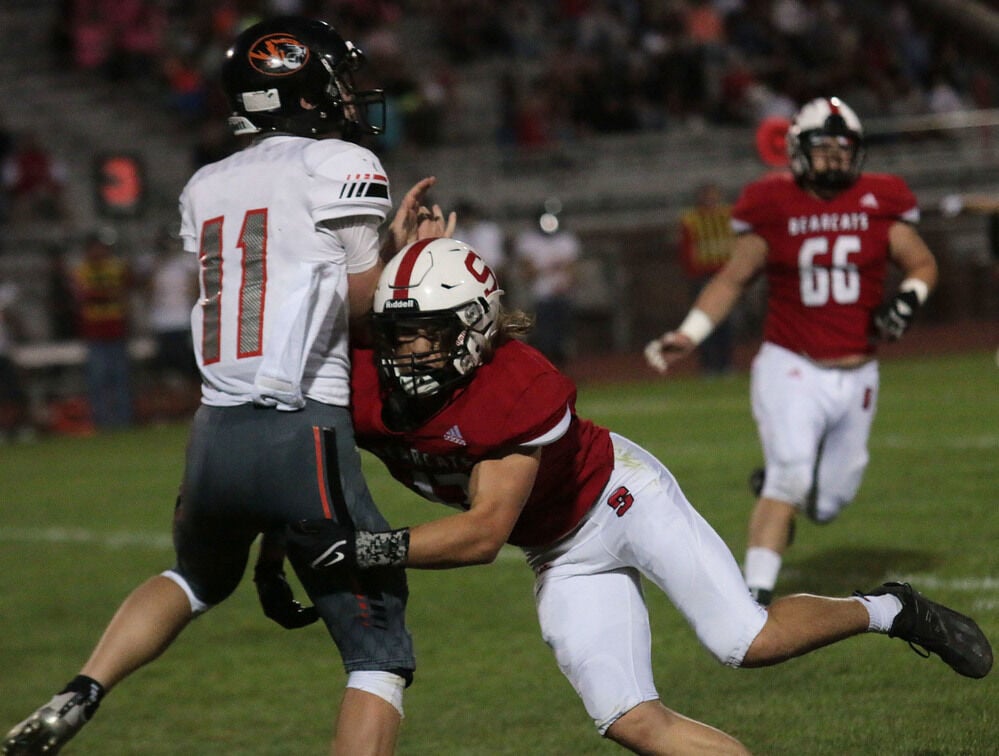 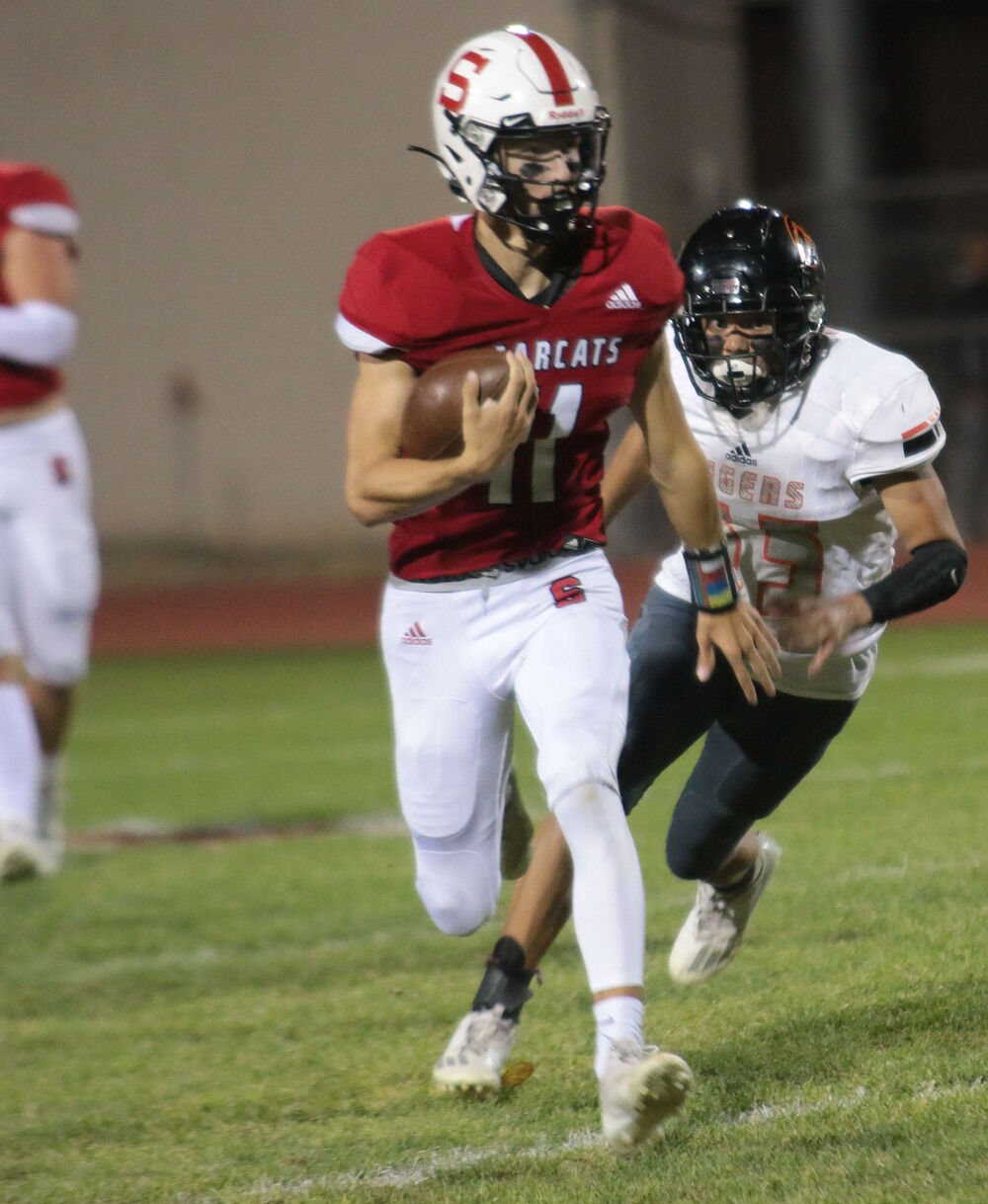 Braeden Stull runs it for the Bearcats in Friday's 56-0 win. Stull ran for three touchdowns while passing for another.

“I think it was a very important game for us to come out and play well and at the same level,” head coach Jud Hall said. “Last week, I thought our kids competed at a high level and we wanted to make sure we didn’t have a letdown in that phase.

Sterling had been outscored 155-0 coming into this game.

“Credit to Sterling, they’ve played a really tough schedule so far. Their first three games included three top 10 teams in the state of Colorado, including the No. 1 and No. 2 teams in Class 2A,” Hall said. “Coach Busmente is a good coach, they’re two years out from winning a championship in Colorado, so they’re a quality program, they do things the right way, they might be in a little bit of a rebuild this year. They are playing a lot of young kids but their kids play hard and as a coach, that’s all you can ask for.”

It was all Bearcats in the first half as quarterback Stull ran into the end zone for three touchdowns.

After Stull's second touchdown of the night, they missed the extra point but made up for it after the next one.

After a Stull 30-yard touchdown run, the Bearcats converted the two-point conversion with Josiah Mobley threw to Trevor Schwartz to put the score at 28-0.

Boyle would score two of his own on runs from within the red zone and the 30-yard line.

Towards the end of the second quarter, the Tigers would recover a Bearcats fumble. Only a few plays later, Stull would intercept Tigers quarterback Radek McCracken.

The interception would lead to another Stull touchdown on the offensive side of the ball, but as a pass to Schwartz to end the half.

"(Stull and Boyle) are going to have to be good for us as we continue to move forward. Those kids have to produce for us on the offensive side of the ball and they did that tonight for us. We’ve just got to continue to put them in positions to make plays and continue to get better on the offensive line, which allows them to kind of be themselves and be their athletic selves when they’re in the backfield."

The Bearcats finished with 245 rushing yards in the first half. Stull had 84 rushing yards and 64 passing yards while Boyle had 118 yards rushing.

The Tigers were able to hold the Bearcats to just one touchdown in the second half, a run by Boyle to start the third quarter. This would be the third touchdown on the night for Boyle.

Unfortunately for Sterling, the Scottsbluff defense was able to keep them out of the end zone to continue the shutout streak.

Stull would be taken out of the game to allow Josiah Mobley to take over and finish with 43 yards passing to bring the total passing yards to 107.

Mobley would also run for 37 yards while Boyle ran for 22 yards in the second half. Scottsbluff finished with a total of 375 rushing yards against Sterling. The Tigers would run for -16 yards as the Bearcats disrupted their run game.

As the Bearcats get ready for their next game, they will be focused on the defensive side of the ball.

“Coach Stein, with what they do offensively, will definitely try and do a lot of different things to make you make mistakes, so we’re going to need to be disciplined on the defensive side of the ball next week,” said Hall.

The Bearcats will travel to Grand Island on Sept. 24 to take on the Northwest Vikings.

Braeden Stull runs it for the Bearcats in Friday's 56-0 win. Stull ran for three touchdowns while passing for another.