New Offer!
Only $5 for 5 months
Unlimited Digital Access
Log In Get Offer
Get Started
Get Offer
Return to Home Page
Terms of Use   |   Privacy Policy
You are the owner of this article.
Edit Article Add New Article
You have permission to edit this article.
Edit 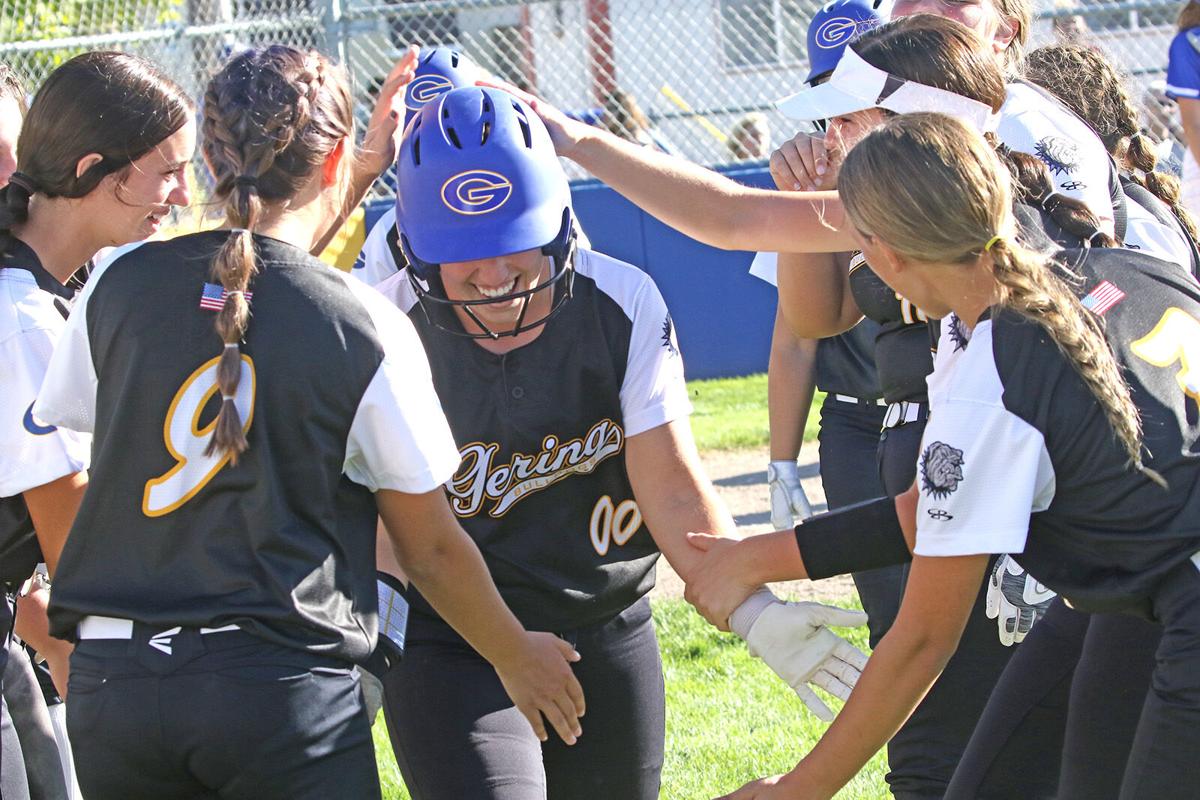 Gering's Maddy Wiese is congratulated by teammates after hitting a homerun during the Scottsbluff Softball Invitational on Saturday, Sept. 12. 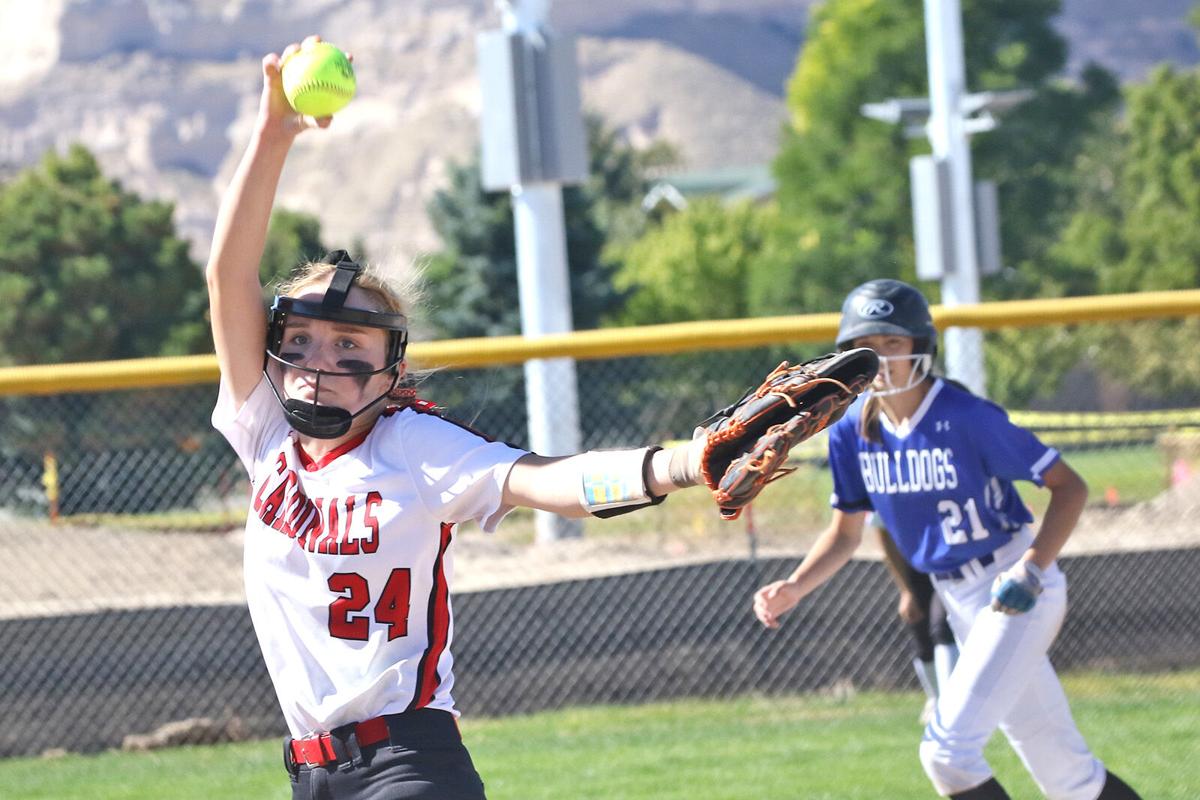 Chadron's Alisyn Swinney throws a pitch during the Cardinals' game against Alliance in the Twin City Invite on Saturday, Sept. 12. 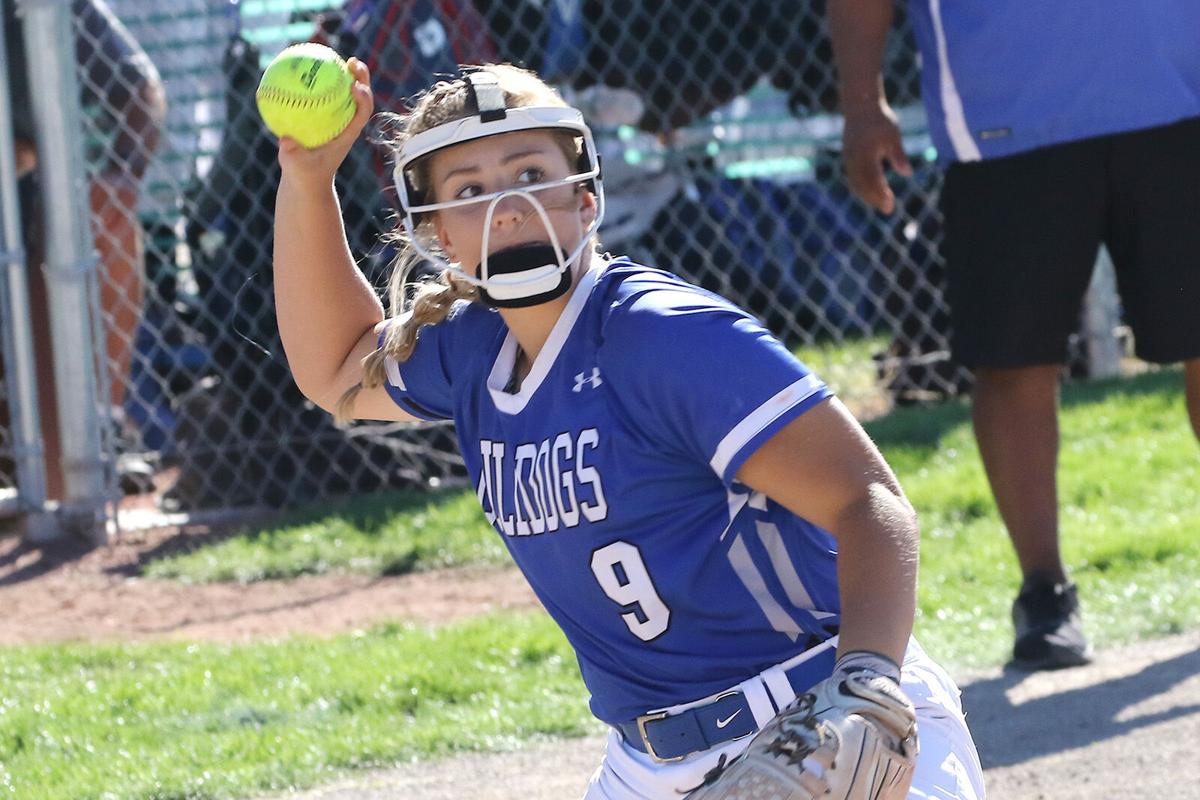 Alliance's Payten Gibson fields the ball during their game agaisnt Chadron in the Twin City Invite on Saturday, Sept. 12.

Scottsbluff coach Dan Fox said his team put everything together from offense to defense to get the tourney win.

“It is what we have talked about all year is what we are trying to do is work on us,” Fox said. “We are going to try to continue improve and get better. I thought today was different from the last couple of weeks because our defense has been getting better, we are making plays. Brady Laucomer had a great play, Tatum came up big in right field, and that is what we are asking of the kids is to keep working hard in practice and not to improve in just one area, but to improve in all areas.”

ѠWhat Scottsbluff did in the championship game was play from start to finish and it was one through nine on offense that came through.

“What I tell the girls that this is usually a seven-inning game and I think we can be a team that can be very dangerous of how we swing the bats,” Fox said. “I try to tell the girls to try to score one every inning. Gering is a great team with a great pitcher that leads them, but I think our pitcher did a great job matching her.”

What Scottsbluff did was take advantage of eight Gering errors and they pounded out 10 hits.

“We take advantage of errors and we also run the bases, but we also hit,” Fox said. “We had a lot of hits on her and we put the ball in play. There is nobody that matches our speed. One through nine we have speed, too, and we know we can create damage. We are excited for that, too. I am excited of how we are playing the game. But, it is not over. It is just one game and we will see Gering Thursday and we have North Platte coming up. So we just want to keep improving and if we keep improving, we will be alright.”

Gering coach Tim Gonzales said his team played well in the two pool play games and didn’t show up against Scottsbluff. He said the Scottsbluff game was their worst game of the year.

“The first two games we were pretty much unstoppable, played really well, hit really well and defended really well,” Gonzales said. “The last game was probably the worst game I ever seen. You can’t win the ball game with eight errors. We deserved to lose.”

Scottsbluff hit the ball in the title game and ran the bases. The Bearcats had 10 hits and just two extra base hits behind Maddie Johnston’s double and Taryn Spady’s triple. Brady Laucomer went 4-for-4 with three runs scored. Alex Jones had a single with two RBIs, while Arianna Canesco had two runs scored along with Avery Fox and Spady.

Gering had six hits, led by Brylee Dean with a double, and Maddy Wiese with a solo home run and a double.

Wiese had two home runs in Gering’s 22-2 win over Alliance while Dean hit for the cycle with a single, double, triple and home run in the Alliance win.

All day, Scottsbluff hit the ball, too. In the pool play games, Avery Fox tossed a no-hitter in the Gothenburg 12-0 win. Fox then got the win against Gering. Offensively for Scottsbluff against Gothenburg, Laucomer and Spady had triples, and Mariyah Avila and Sasha Paez had doubles. In the Chase County win, Scottsbluff had 10 hits with Laucomer and Avila getting doubles, and Fox getting a triple.

The Gering softball team won its 13th game of the season sweeping Chase County in their Tuesday doubleheader.

Gering's Trent Davis went 2-0 in No. 1 singles as the Bulldogs split its matches against Alliance and Scottsbluff.

The Scottsbluff football had a good first half, with two touchdowns by Alex Galindo. Aurora, though, dominated the second half for the 36-14 win.

Gering's Maddy Wiese is congratulated by teammates after hitting a homerun during the Scottsbluff Softball Invitational on Saturday, Sept. 12.

Chadron's Alisyn Swinney throws a pitch during the Cardinals' game against Alliance in the Twin City Invite on Saturday, Sept. 12.

Alliance's Payten Gibson fields the ball during their game agaisnt Chadron in the Twin City Invite on Saturday, Sept. 12.