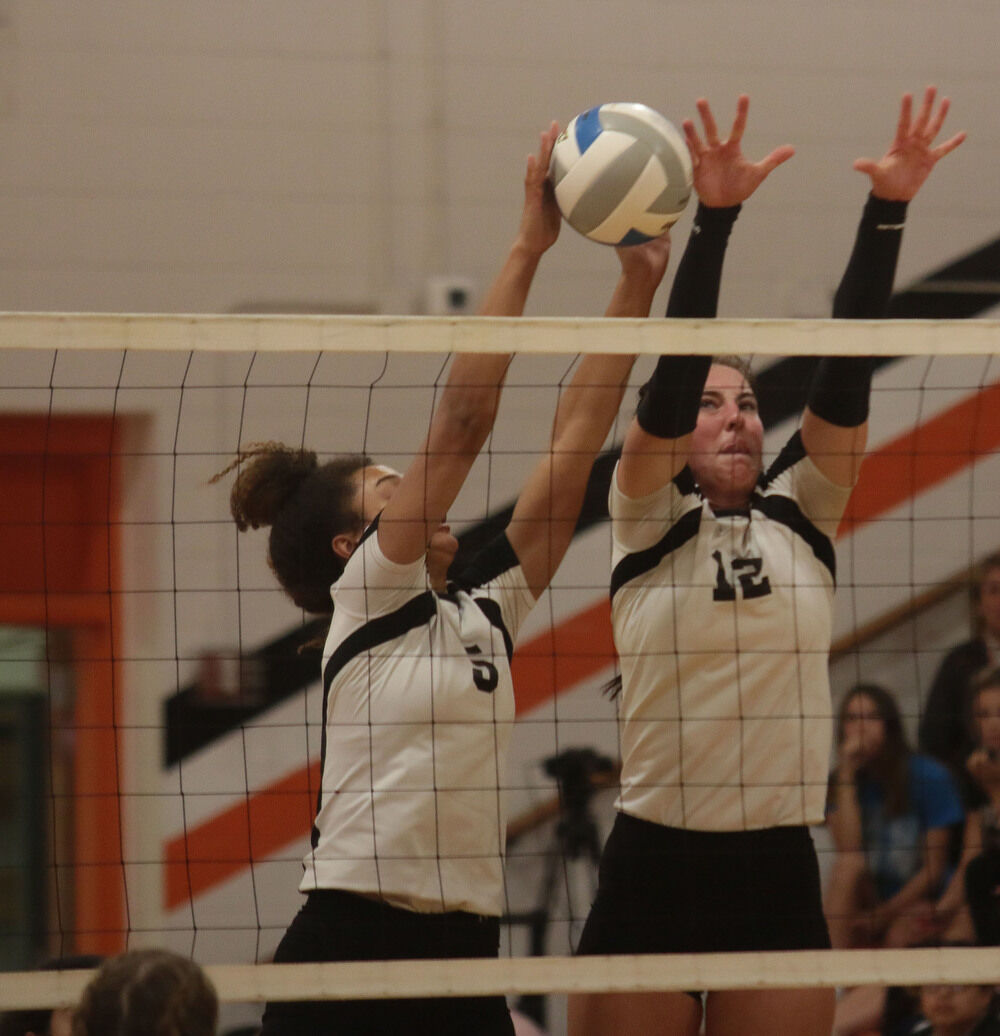 Trinity Penn (5) and Macey Bosard (12) blocks a kill by Southeast during Tuesday's match. 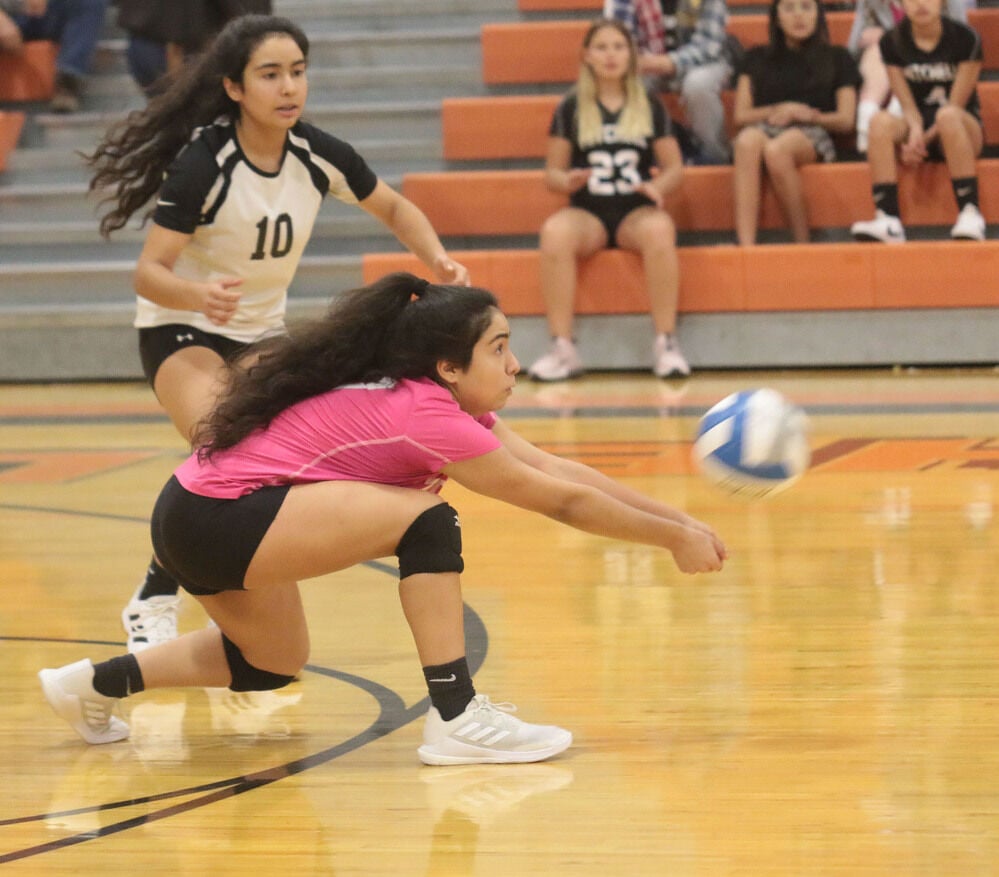 Aimee Morales digs the ball following a Cyclones serve during the second set.

The match, which was originally set for Sept. 16, was postponed due to the downed powerline from the Vista Trend fire in Gering last week.

“I’m honestly thankful that we did postpone it because after waiting so long the other night, I don’t know if we would’ve been able to refocus to play competitively,” head coach Kaitlin Broussard said.

The Cyclones came out of the gate quick as they started the first set on a 6-1 run. The Tigers were able to tie it up and go point for point with them until the last few points. The Cyclones would take the first set 25-22.

“We started out flat and I don’t know if that’s due to not having games over the weekend but it was a good match after the first set.”

From that point, it was a back-and-forth affair the rest of the game. The Tigers were able to take the next set 25-18. Broussard talked to them between the first and second sets to put them on the right path.

“I just told them that we have to play disciplined because we were playing lazy defense, we were standing up,” Broussard said. “It was going to be whatever team wanted it more and being more disciplined was going to have that win.”

Mitchell was able to take the next three sets to win the match. The Cyclones didn’t make it easy for the Tigers as there were many incredible plays to keep the match going. There were a lot of digs that kept them alive enough to get the point.

“Hats off to them. They played some good defense, they were scrappy, they blocked well, they played a great game,” Broussard said. “They were competitive.”

Macey Bosard led the Tigers in kills with 29 followed by Caani Banks with nine. Marjie Schmitt had five aces while adding two blocks and leading the team in assists with 38. Bosard led Mitchell with 24 digs with Schmitt right behind with 19. Aimee Morales also had double-digit digs with 16.

The Tigers will have a day to improve the skills they need to before their next matches, a triangular at Gering High School against the Bulldogs and Sidney Red Raiders on Thursday.

“I think serving still, just being disciplined, staying behind the ball and hitting,” Broussard said. “We really have to make sure we’re connecting with our setters, hitting on top of the ball and finding a way to put it away. We had some hitters step up and some hitters who were still a little inconsistent, so we just need to be more consistent across the board so we have weapons all the way across.”

Trinity Penn (5) and Macey Bosard (12) blocks a kill by Southeast during Tuesday's match.

Aimee Morales digs the ball following a Cyclones serve during the second set.