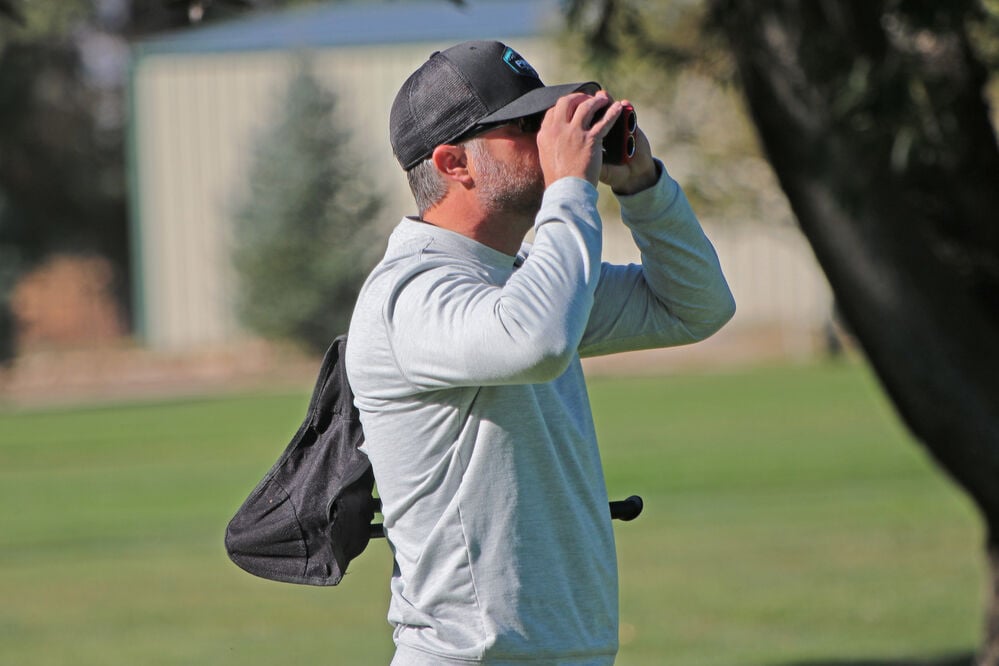 Brock Ehler looking out toward the hole during the first day of state on Oct. 11. 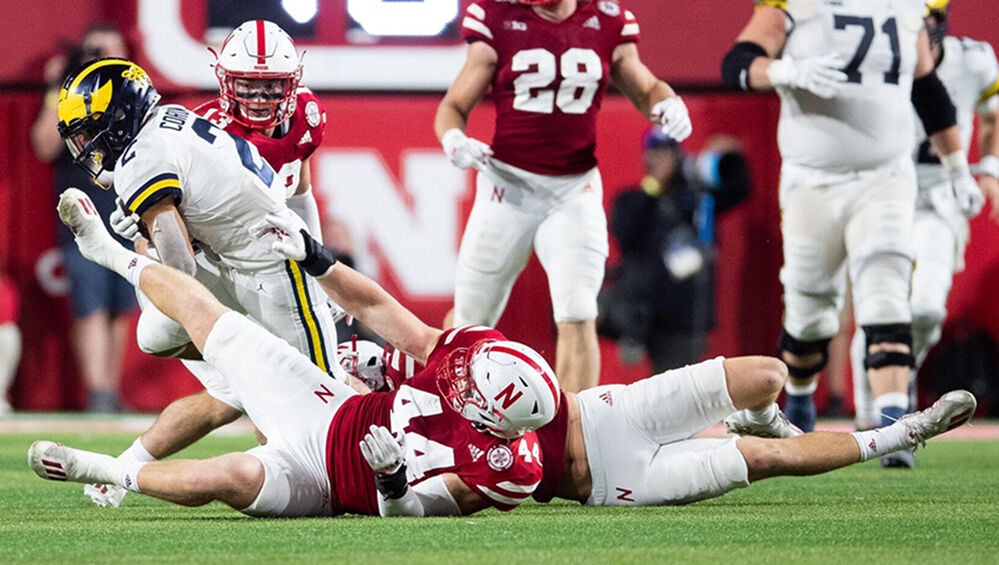 Nebraska's Nick Henrich (42) and Garrett Nelson (44) can't get a hold of Michigan's Blake Corum (2) in the Michigan vs. Nebraska football game in Lincoln on Saturday.

This week’s episode of the “Winner and the Mailman” podcast features Scottsbluff golf coach Brock Ehler and Husker Garrett Nelson, who joins us for the fourth week.

During the segment “Coaches Box,” Ehler talked about what it meant for most of his team to play at state after only having picked up a golf club months prior.

“It took a lot of grit and a little bit of pain. They contact us coaches, see if we can go out and help them and they want to do it. It doesn’t feel like work to them,” he said. “The key to anything is relationships and good leadership. I thought with the school, the administration, the community and, of course, on our team, we have it in the coaches. Good relationships and good leadership leads to success.”

Ehler talked about how proud he is of his team following the conclusion of the Class B State Tournament on Oct. 12, especially after the weather delays.

“I’m extremely proud. Of course, they know how much I care about them because when they want some help, we’re there for them,” Ehler said. “They would’ve been crushed if they wouldn’t have been able to go and play.”

In the Husker Rundown, Nelson talked about what was said after the hit he took during the game against Michigan when he went down in the third quarter.

“I watched on film and (Blake Corum) was hiding behind the tackle. As soon as I was starting to get the edge on the tackle, he side-stepped out, put his head down, launched off into the air right into my rib and sent me for a spin cycle. I was on the ground and I didn’t see him or know what was going on. I just couldn’t breathe, I was wheezing, and I lost my air.”

Nelson also talked about what he and the defense are going to be looking at when it comes to the upcoming game against Minnesota.

“(Minnesota) has a lot of big guys on the O-line, I think their average weight is 340 something. Their biggest guy is (Daniel) Faalele, he’s like 6’9” (380 pounds). They have physical tight ends, big O-linemen and they want to run the ball. ”

Nelson and the Huskers will face the Gophers in Minnesota at 10 a.m. on Saturday.

Brock Ehler looking out toward the hole during the first day of state on Oct. 11.

Nebraska's Nick Henrich (42) and Garrett Nelson (44) can't get a hold of Michigan's Blake Corum (2) in the Michigan vs. Nebraska football game in Lincoln on Saturday.