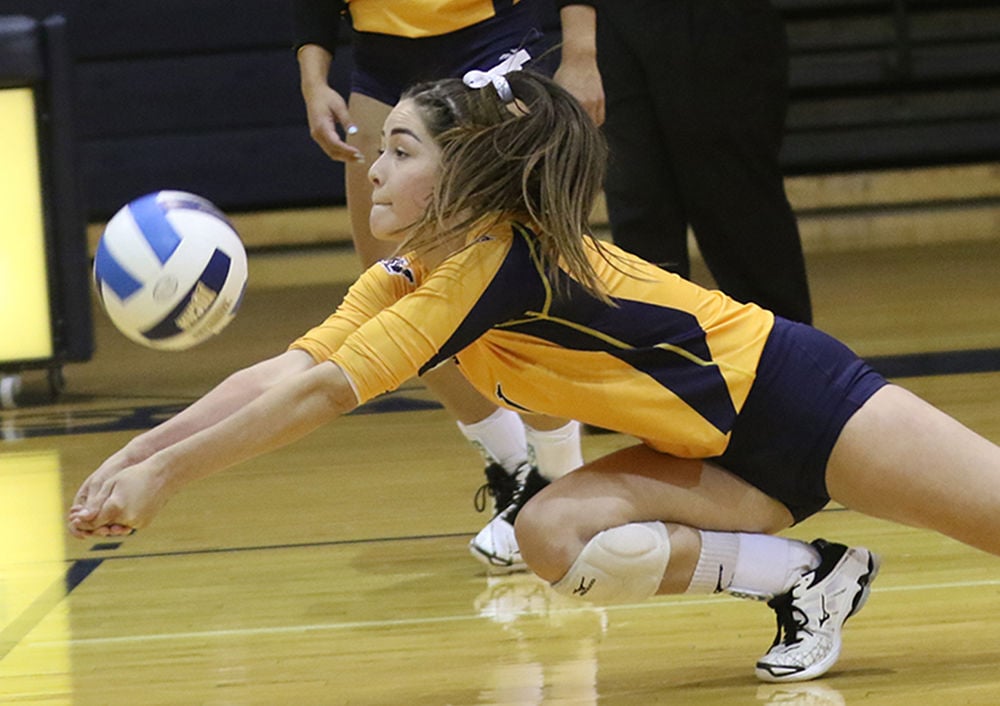 Western Nebraska Community College's Karen Cordero digs up a hit during a volleyball match this season. 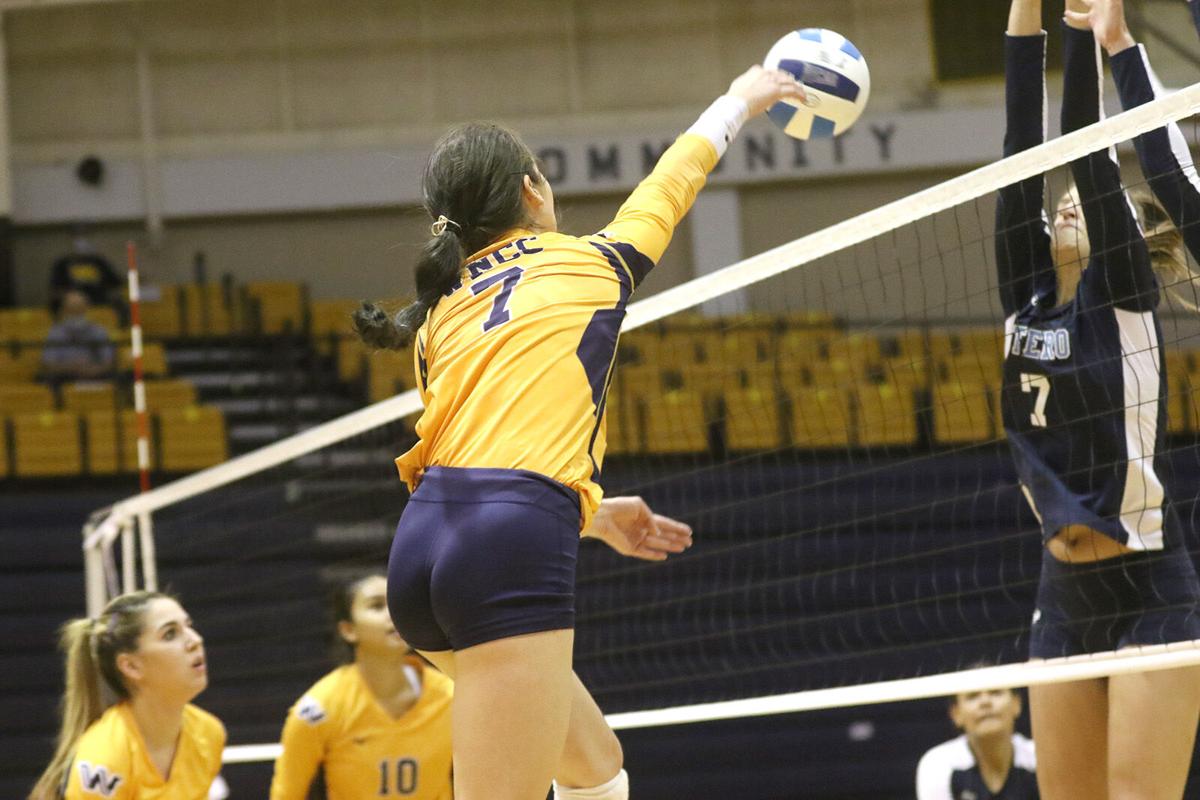 WNCC's Anuhea Kaohi goes up for a kill during a match against Otero on Friday, March 19 at Cougar Palace.

The Western Nebraska Community College volleyball team had a pair of players selected to the NJCAA Division I Volleyball All-American team that was released recently.

Karen Cordero, a 5-9 sophomore from Chula Vista, California; and Anuhea Kaohi, a 5-8 sophomore from Kailua, Hawaii; each earned recognition by the NJCAA. It was the first time since 2016 that two Cougars made All-American when Barbara Briceno was first team and Lara Picht was second team.

“It means a lot to me; every sacrifice has a reward,” Cordero said about being first-team All-American. “When Coach Binny called me and told me that they gave me the first team All-American, I was very happy because I knew that I had worked hard for this.”

Kaohi earned honorable mention honors after finishing the season with 394 kills and 321 digs. Kaohi is only the fourth Cougar in school history to receive honorable mention. The other three were Cindy Baniewicz in 1987, Fatima Balza in 2007, and Leticia Silva in 2014.

Kaohi said it came somewhat of a surprise to her.

“When coach told me he submitted my name, I didn’t think I was going to get it, so when he called me telling me I did, I was more than a little surprised,” Kaohi said. “It means a lot to be recognized; none of this would have been possible without the whole team’s support and hard work this year.”

WNCC had a successful season, capturing the Region IX title and going 1-2 at the national tournament. At nationals, WNCC fell to Blinn College and Missouri State-West Plains while beating Lawson State Community College in five sets.

“Nationals was definitely an eye opening experience,” Kaohi said. “There was so much talent in every team there and I think it was great competition.”

“Nationals is a beautiful experience,” she said. “Since not just any team can go, the teams that play in the national tournament are good, high-level teams, and each team fights to play in the finals.”

The Second Team had just one Region IX player on it in Jana Gilic of Casper. The other members of the Second Team include Magdalena Bostal of Jefferson; Anny Montano Hurtado of Arizona Western; Camryn Specia of Hill; Elizabeth Toiaivao of Yavapai; Jenna Thorne of Hutchinson; Camila De la Rosa of Miami Dade; Fiona Baker of Florida Southwestern; Loren Scott of Blinn; Caitlyn Roland of Lawson State; Savannah Rutledge of Wallace State; and Andrea Spasojevic of Odessa.

Both Cordero and Kaohi are signed to continue playing at the four-year level. Cordero will he headed to the Division I level and playing for Delaware State University. Kaohi will be heading to San Diego Christian College, an NAIA school to be closer to home.

Cordero said her time at WNCC helped prepare her for the next level.

“I am happy because we had a good season,” Cordero said. “It was very nice to be a regional champion and it was a very good experience going to nationals. I am grateful to WNCC for preparing me for my next level at DI Delaware State University.”

Kaohi said she is proud of this team and the accomplishments they had to endure during a difficult season because of the pandemic.

“I’m extremely proud of this team,” she said. “Coach pushed us a lot this year and it made us so much better. The amount that we grew as a team became evident in our chemistry on the court. I’m excited for this next journey, but it’s definitely bittersweet. These girls and the coaches have become like a family to me and it’s something I’ll always treasure.”

All-star teammates ready to team up at the collegiate level

Jayla Brehmer and Jenna Curtis have played together in the past on club volleyball teams, now they’re teammates on the West team at the West N…

Scott Satterfield: “I think his big thing that he wanted to do, he wanted to come in and play and be a starting quarterback."

For a lot of area athletes, all-star games are a last chance to play at a high school level before pursuing a collegiate athletic career.

In the latest "Things I know" column, we cover Lee Sterling's lack of confidence in Adrian Martinez, and put some transfer news into perspective.

The Western Nebraska Pioneers played well offensively and from the mound to help them take a 9-2 win over the Casper Horseheads.

The East pounded down 50 kills led by MVP Sam Moore, of Mullen, as the East registered a 3-2 win over the West in the West Nebraska All-Star V…

Nebraska has put together an appealing slate of nonconference matches to go with a 20-match Big Ten schedule. Dive in with us.

Athlete warning: Follow the rules at Tokyo Olympics, or else

Western Nebraska Community College's Karen Cordero digs up a hit during a volleyball match this season.

WNCC's Anuhea Kaohi goes up for a kill during a match against Otero on Friday, March 19 at Cougar Palace.