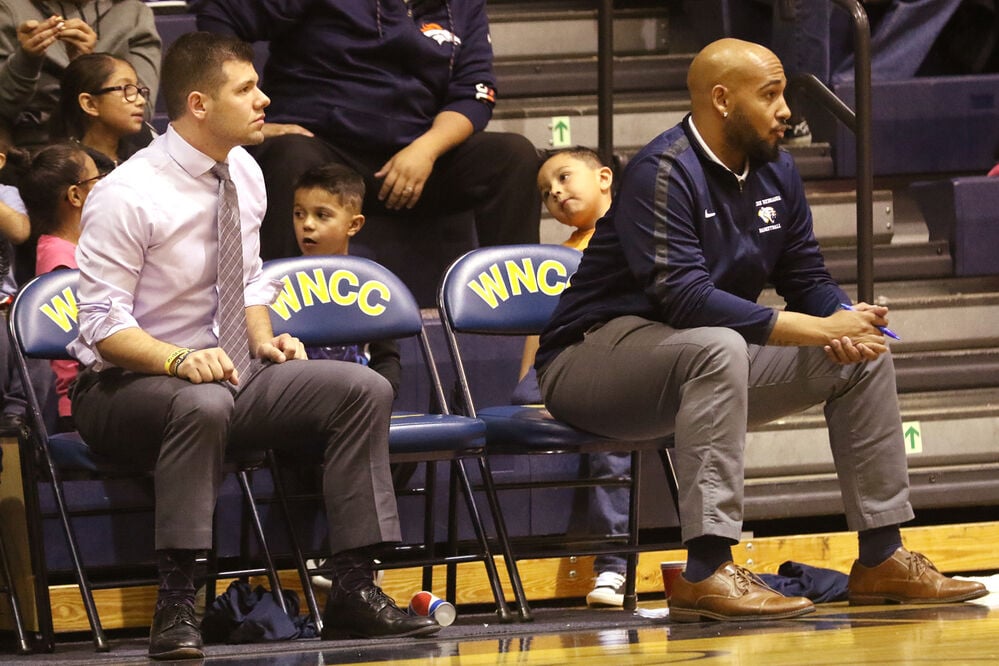 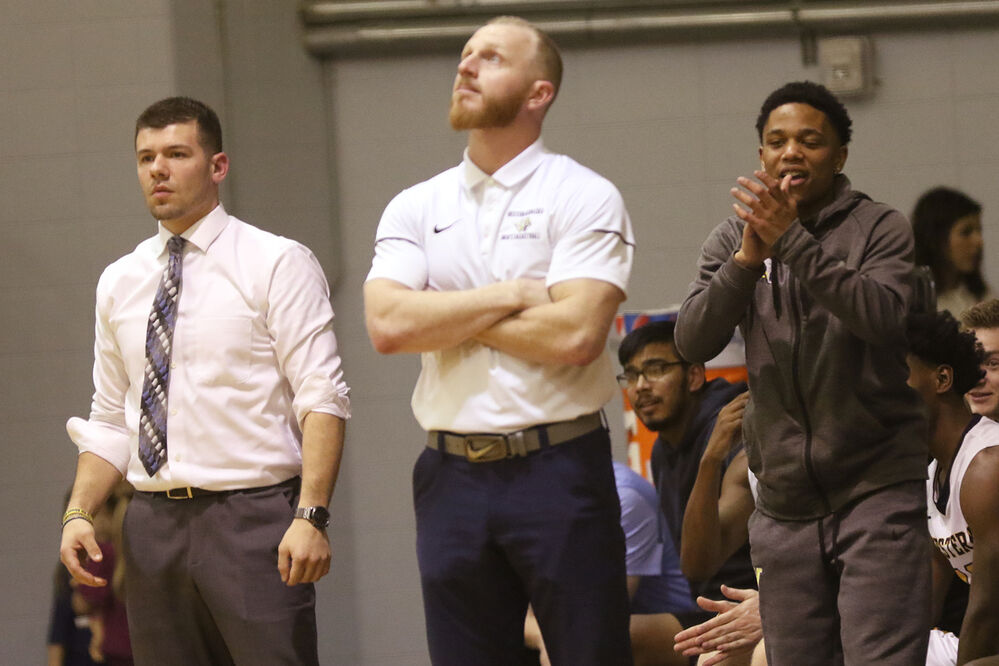 Billy Engel is excited to take the reins of the Western Nebraska Community College men’s basketball team after former head coach Cory Fehringer left for an assistant coach position at the University of Northern Colorado.

“I’m incredibly excited and grateful for the opportunity to take over as interim head coach this season,” Engel said. “Western Nebraska Community College has been an amazing place to start my coaching career. For the last three years I got to learn from and work with Cory Fehringer, one of the best coaches in the country. I plan on carrying over a lot of what Cory did to make Western Nebraska so prominent in the last four years. The way Cory built a culture of love and family in the locker room was vital to our success, and I am hoping to build off of that with our returning sophomores and incoming freshmen.”

Engel will have three returners that he will lean on for the coming season with Scottsbluff’s Conner McCracken, Denver’s James Felton and Minneapolis’ Tayler Johnson.

The incoming freshman class is also talented with plenty of scoring from the Midwest and Nebraska. The two local players on the team include Jasiya DeOllos of Scottsbluff and Carter Brown of Ogallala. The two combined for 57 points in the Panhandle Prep All-star game on Friday WNCC’s Cougar Palace. Brown scored 36 to lead all players, including scoring 30 in the first half.

“We have been very fortunate to have signed talented players from the Panhandle and all over the state of Nebraska the last couple years,” he said.

Besides DeOllos and Brown, Engel will have the services of two other Nebraska players in Them Koang of Grand Island and Chase Thompson of Omaha. Koang is a 6-5, 242 pound forward from Grand Island High School where he averaged 19.1 points and 10.3 rebounds his senior year.

Thompson is a 6-7, 220 pound post player from Omaha Westside where he averaged 20.9 points and 7.9 rebounds a game his senior year. Thompson averaged double figure scoring for the last three years of his high school career.

Brown, from Ogallala, is a 6-2 guard who reached the 1,000 career point total in his junior season while averaging 17.2 points a game and then 17.6 points a game in his senior season.

DeOllos is a 6-0 guard that can score and dish the ball off. DeOllos averaged 20.3 points a game his senior season for the Bearcats while netting over 1,000 career points.

Engel has also picked up players from Colorado and Wyoming, including Turumbil Zaki and Sayo Owolabi of Denver, Michael Bradley of Casper, and Agwa Nywesh of Minnesota.

Bradley is a 5-10 guard from Casper Kelly Walsh High School where he averaged 10.1 points a game last season along with 2.7 assists. Zakiis a 6-4 forward from Bishop Machebeuf High in Denver while Owolabi is a 6-2 guard from Vista Peak High in Aurora, Colorado. Owolabi averaged 10.6 points a contest. Nywesh is a 6-3 guard from Austin High in Minnesota. Nywesh originally committed to Idaho State in March. Nywesh averaged 14.7 points, 4.5 assists, 4.1 steals, and 5.8 rebounds a game.

Engel also has two players from Australia in Jimma Dau and Isaac Atuer.

Engel’s first season as head coach will be interesting considering of all the Covid-19 restrictions, including the NJCAA moving the start of the season to January 2021. They can, however, practice in the fall and have some scrimmages.

Engel said he thinks it was the right move to make.

“Moving the season back to January is going to be an adjustment we are all going to have to get used to, but I think this is a good move considering everything going on,” he said. “We want to start the year by getting our team off to a great start academically. In September we will focus a lot of our time on strength and conditioning, individual skill development, and of course team offense and team defense. We are allowed a handful of scrimmages in the first semester, which will be great to prepare us for our regular season starting in January.”

The schedules won’t be finalized until later in the year and that is something Engel is working on now as well.

There shouldn’t be any worries with what kind of coach Engel will be as he comes from a basketball background.

Engel came from a town of 900 people in North Dakota and played high school basketball for his father, Bill, who is currently the head coach at Rainy River Community College. After high school he went to Dakota College of Bottineau and started for two years under the head coaching of Fehringer, where Dakota College won a Region IX title in his sophomore year. He continued his playing at Dickinson State University under Justin Wetzel, who currently is an assistant in the G-League in the Milwaukee Bucks organization.

“I have been blessed with some outstanding coaches in my life,” Engel said. “I plan to lean on them extensively for advice and wisdom this upcoming year.”

Overall, Engel is ready to connect this year’s team with the community of Scottsbluff and Gering.

“I am honored and blessed to be in the position to take over at Western Nebraska this year,” he said. “The Panhandle community has been amazing in their support of Western Nebraska athletics. We want to continue spending time connecting with members of our community, working our hardest and playing the game the right way for all of those that come to support.”

Nebraska football is back on for the fall after the Big Ten Council of Presidents and Chancellors voted to restart the season with a target date of Oct. 24, the conference announced Wednesday morning.

Scottsbluff shut out Custer, South Dakota. The Bearcats used a strong running game to earn its first win of the year, 35-0.

Scottsbluff rebounds with a 15-7 win over Gering on Thursday.

Gering led most of the game, but a late touchdown lifts Chadron over the Bulldogs, 16-14.

An Omaha TV station is reporting that during small talk on a hot mic before the start of a news conference, University of Nebraska President Ted Carter said an announcement of the Husker football season will come Tuesday afternoon or evening.