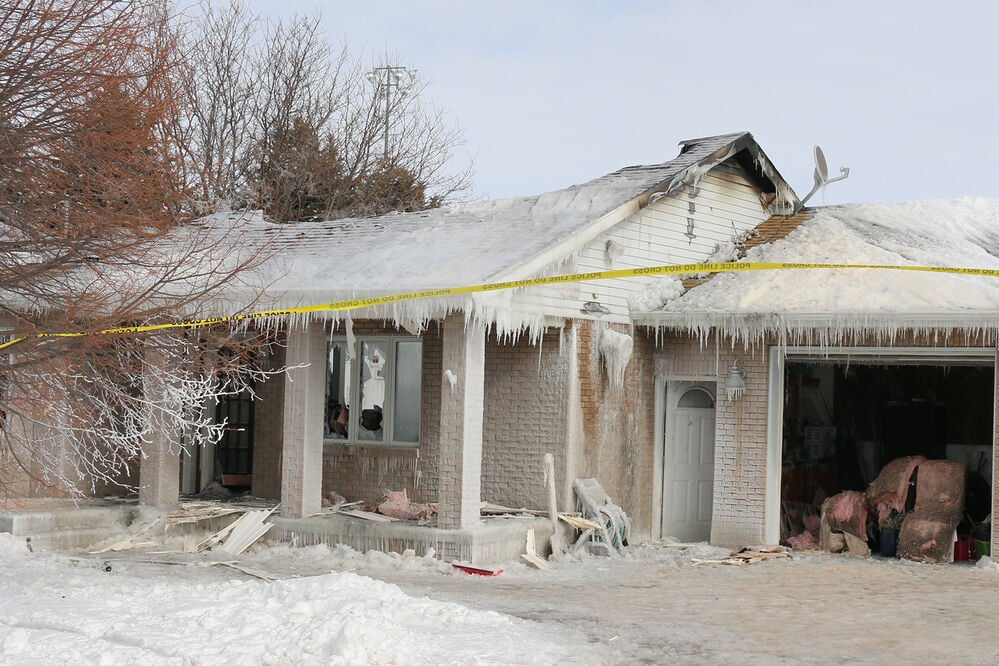 Ice formed on the remnants of a house fire in Hemingford. 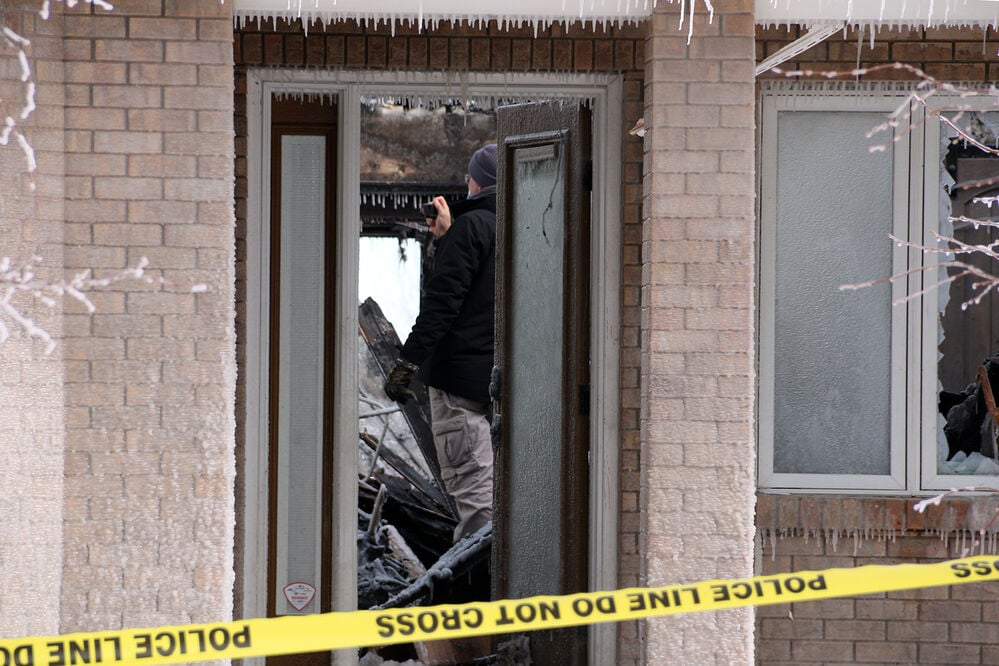 A fire investigator trudges through the rubble of a burned-down house in Hemingford.

Bryner said his department responded to the first fire — a house fire on Wyoming Avenue — at around 10 p.m. on Monday. Bryner said the cause of that fire was traced back the fireplace. The fire displaced the house’s residents, according to Bryner.

Bryner said 18 members on five trucks responded to the fire amid fridge temperatures. He said the firefighters were on the scene for five hours.

“We did have some issues with the cold, freezing, and being out in the cold,” Bryner said.

He added that they were assisted by Nebraska State Fire Marshal investigator, Village of Hemingford utilities, Hemingford Police Department and Black Hills Energy.

The second fire occurred shortly after firefighters were wrapping up at the house fire. The second fire — a barn fire in rural Sheridan County — was a complete loss, according to Bryner. In addition to the structure, several cattle were killed in the blaze. That fire occurred approximately at 4 a.m.

Bryner said the department received aid from Hay Springs and Alliance as well as the Nebraska State Fire Marshal investigator. He said the cause of that fire was a heating lamp.

Travis Krein was 13 years old when he bought his first registered cow. He never saw himself doing anything else but being a rancher.

There were two possible career paths for Jacob Norris, one would follow in his father’s footsteps, the other his mother’s. He chose the latter.

Easter Egg Hunt is on

The annual Hemingford Easter Egg Hunt is back on this year, according to American Legion Auxiliary Children and Youth Chairperson Carol Danbom.

Ice formed on the remnants of a house fire in Hemingford.

A fire investigator trudges through the rubble of a burned-down house in Hemingford.