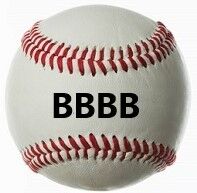 The Box Butte County Bad Boys 11U baseball team continued its busy month of June with tournaments in Laramie, Wyoming, on June 4-5 and Scottsbluff over Father’s Day Weekend. The Bad Boys opened the Laramie tournament on June 4 with the hometown Laramie Regulators. That game saw the Bad Boys pound out 14 hits in a 13-3 victory. In the nightcap, the Bad Boys would blow a 9-run lead to the Colorado Blues resulting in a 15-15 tie. The teams combined for 33 hits in the contest.

The semi-final game saw the Bad Boys and the Westco Revolution play another classic back and forth game between these two teams. Ultimately Westco would prevail with a 5-4 victory. Westco would go on to defeat Gillette, Wyoming in the championship.

The Hemingford Swim Team competed in their third meet for the season on Saturday, June 18. The meet was in Sidney with the weather pushing clo…

The Hemingford Swim Team traveled to Torrington on Saturday, June 11.

Three Chadron State College sophomores will be competing at the NCAA Division II Track and Field Championships at Allendale, Mich., this weekend.

The Western Nebraska Pioneers had their first practice on Monday as they prepare for the North Platte Plainsmen in the season opening series on Tuesday.

The Hemingford Swimming Pool was closed on Saturday, June 4 for the first swim meet of the season. The last meet held in Hemingford was a meda…

Nine teams of four competed in the 2nd annual Bobcats Beating Cancer Golf Tournament on Sunday, May 29 at the Chimney Rock Golf Course in Bayard.